The journey from Pakse to Don Det takes around 3 hours 30 minutes including the short boat journey from Nakason Ferry Boat Station to the island of Don Det. Where the buses from Pakse drop customers is in the small town in the north of Don Det where most of the accommodation is located and where there is the highest concentration of bars and restaurants.

There is a single daily bus service from Pakse to Don Det which is available to book online.

Use the Search Box below to buy your bus tickets from Pakse to Don Det.

Bus Services from Pake terminate at the Green Paradise Travel office on the northern coast of Don Det.

Don Det is a river island in the Mekong. Don Det is one of the largest of several hundred river islands in area known as Si Phan Don, which means ‘4,000 Islands’ in English. Don Det is a unique and unusual destination which is very popular with younger visitors who come to enjoy a few days in a remote place with no hospital or police station and a very laid back atmosphere. 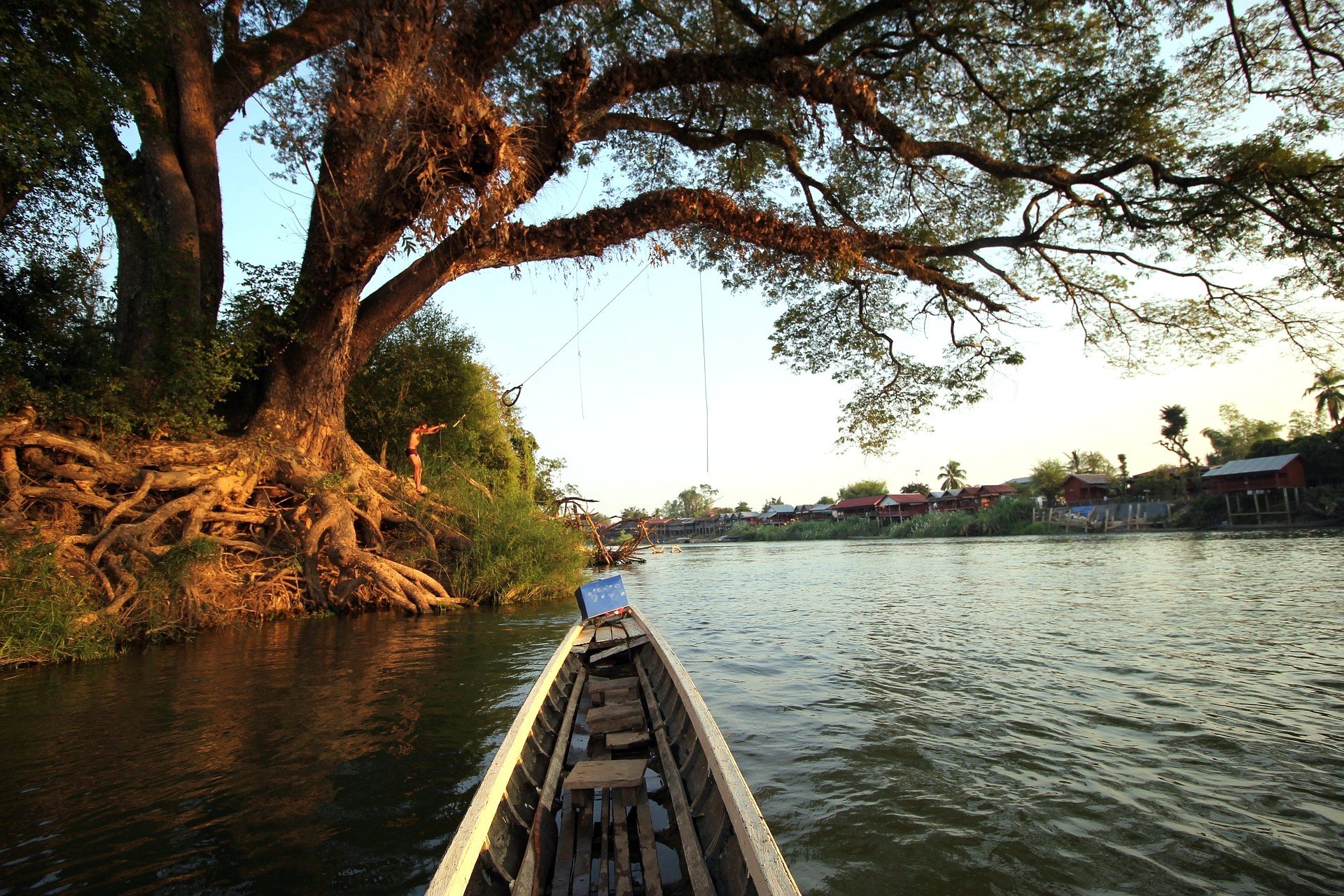 There is not much to do in Don Det other swim or float in the Mekong River or cycle around the island. Don Det tends to be a place where people relax all day in hammock by the river then go out in the evening to drink in bars. The neighbouring island of Don Khon, which is joined to Don Det by a bridge, is more oriented towards older visitors and families. There are some well organised tours which you can do from both Don Det and Don Khon to see waterfalls, other islands and even try to spot the elusive river dolphin which lives in this part of the river. The cost of the tour is often a little too high to many of the backpackers who come to Don Det, so if your finances allow it you can get a lot more out of visit to Don Det than simply lazy days by the river.

Next read about Travel from Siem Reap to Pakse