There is a single daily bus service from Vientiane to Hanoi which you can book online.

Use the Search Box below to buy your bus tickets from Vientiane to Hanoi.

Hanoi is Vietnam’s capital city and has the second largest urban population in Vietnam after Ho Chi Minh City. The area around Hanoi has been inhabited for at least 3,000 years and was first elevated to be become the capital city in 1,010 and has remained so for most of the period since. The city has an interesting history with a diverse range of foreign cultural influences, most prominently Chinese and French, which have left their mark culturally and architecturally on Hanoi. 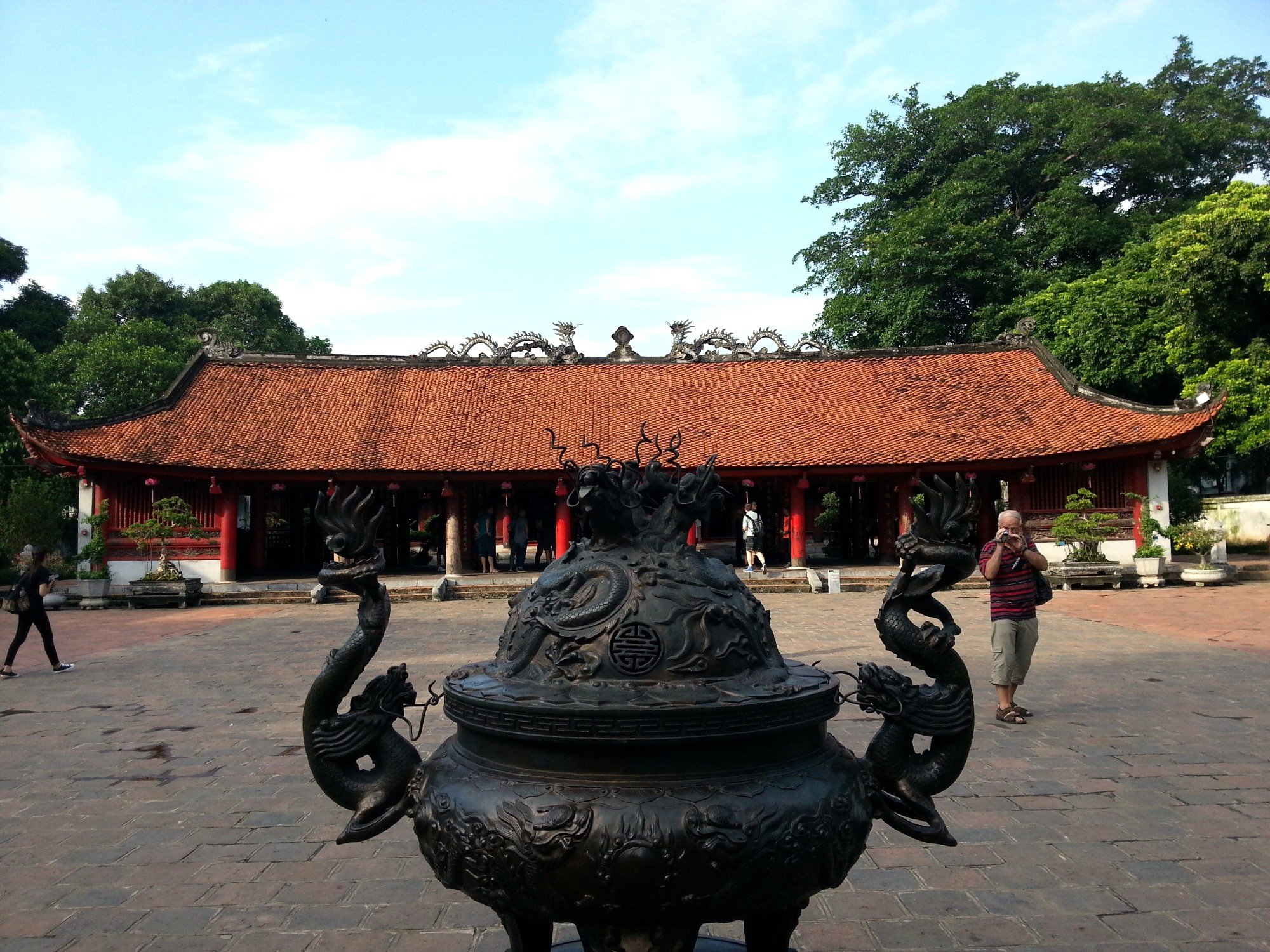 Temple of Literature in Hanoi

The most popular area of Hanoi for foreign visitors is the Old Quarter. The Old Quarter contains some notable landmarks, such as the Bach Ma Temple (the oldest temple in Hanoi) and the Hoan Kiem Lake, but the major draw is the atmosphere. The Old Quarter is a maze of narrow streets with buildings dating back to the era of French colonial rule and earlier. A lot of bars, restaurants and hotels have opened up in the Old Quarter catering specifically to foreign tourists and this part of town has a similar feel to the Khao San Road area in Bangkok, albeit with better architecture. People who like to party should consider coming to Hanoi during the monthly full moon festival when many of the streets of the Old Quarter fill up with chairs, tables and street vendors selling food and very cheap beer. During this festival the Old Quarter erupts into a late night party zone with streets full of people until the early hours of the morning, many of whom get very drunk.