Luang Prabang is the most visited part of Laos. The old part of this town of slightly over 55,000 permanent residents was granted UNESCO World Heritage Site status in 1995 and with improvements in transport links to Luang Prabang it has became Laos first and only mainstream tourist destination recently featuring in a range of international publications recommended as ‘The’ place to visit. This is a dramatic change from the way Luang Prabang used to be when travelling there meant an extremely slow uncomfortable journey by road or boat or a fast dangerous one in a flimsy boat with an oversized engine negotiating the treacherous waterways of Northern Laos. You can now fly to Luang Prabang from Bangkok or Hanoi or travel there by bus on a fairly good road.

Archaeological evidence suggests that Luang Prabang has been inhabited since around 8,000 BC, however, the town only began to thrive after being conquered in 689 AD by Kung Lo, a king from the Tai ethnic group which had spread south from their native homeland in China as the Han Chinese began to gain dominance over the other ethnic groups in China. From that point until the creation of the first kingdom of Laos in the 14th Century, control of Luang Prabang passed between a number of different groups including the khmu (who still inhabit much of Northern Laos) and the Khmer Empire of Cambodia. In 1353 Luang Prabang, then known as Xieng Dong Xieng Thong, began the first capital of Laos and the home of its royal family. The administrative capital of Laos was moved to Vientiane, the current capital city of Laos, in 1560. 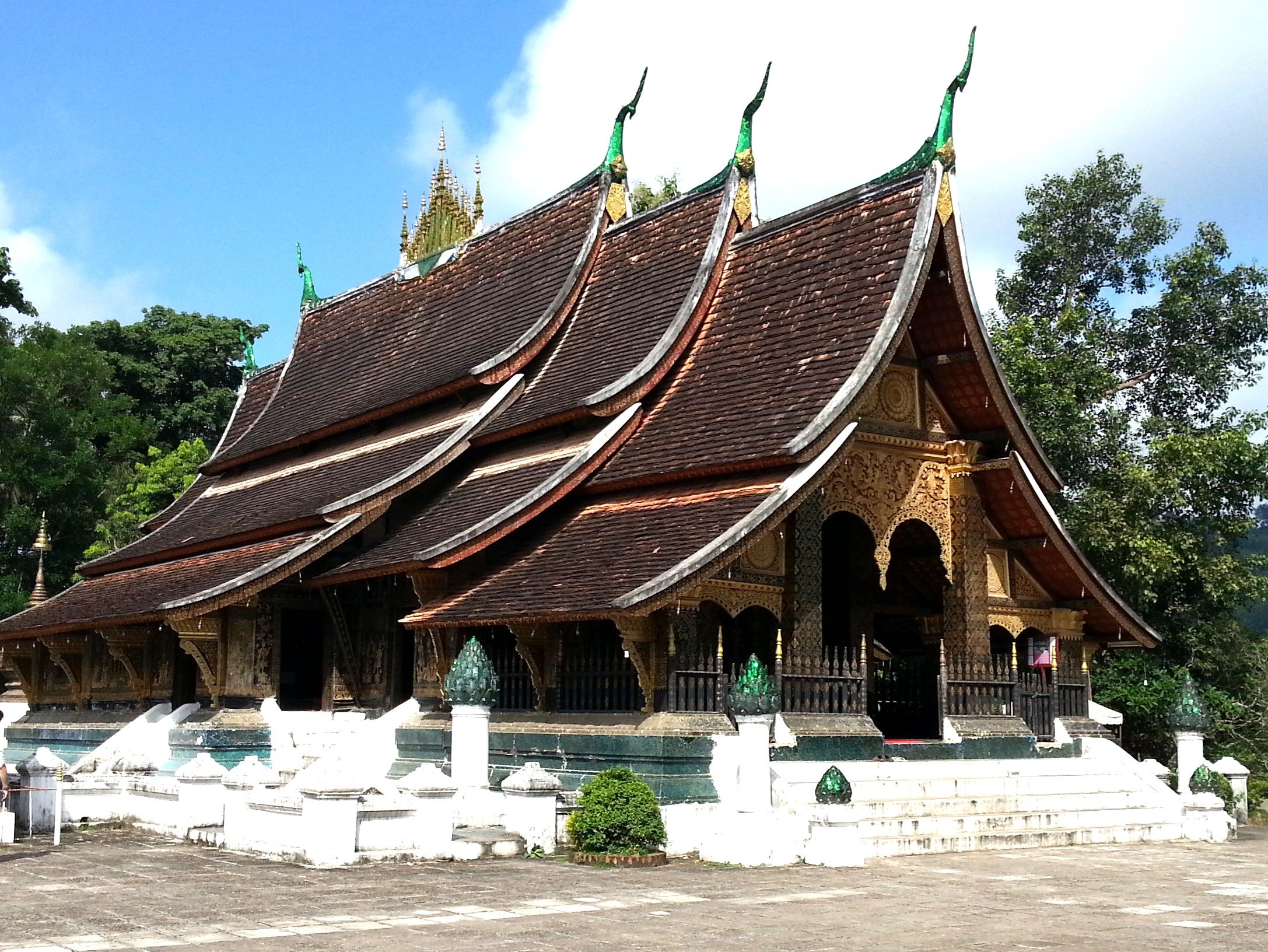 The first Laotian state collapsed in 1707 over a dispute over succession to the monarchy and the country became split with Luang Prabang becoming the capital city again, but of a much smaller state covering the modern province of Luang Prabang. The country was reunified under French rule with the King of Luang Prabang, under the patronage of the French Government, becoming recognised as the King of Laos in it entirety.  After a period of relative peace under French rule World War II precipitated a struggle for control of Luang Prabang between Thailand, France, China and Japan with each country ruling the city for a period of a few month before being displaced by another. Laotian independence was not fully achieved until after the Vietnam war when the Vietnamese communists assisted the Pathet Lao Communist party in taking control of Luang Prabang and dissolving the country’s monarchy. Tourism in Laos developed very slowly thereafter as the new Communist regime gradually dropped its policy of self imposed isolation and allowed foreign visitors to start visiting Luang Prabang again in the last 1980s.

There are lots of places to visit and things to do in Luang Prabang, particularly in the part of the town which is near to the point where the Mekong and Khan rivers meet. You can simply wander around and find things of interest to see without the need for any kind of guidebook. If you do read a guidebook, the attractions which they are most likely to focus on are as follows:

Next read about Travel from Luang Prabang to Chiang Mai