Thanaleng Railway Station, in the village of Dongphosy near Vietniane, is currently the only train station in Laos. 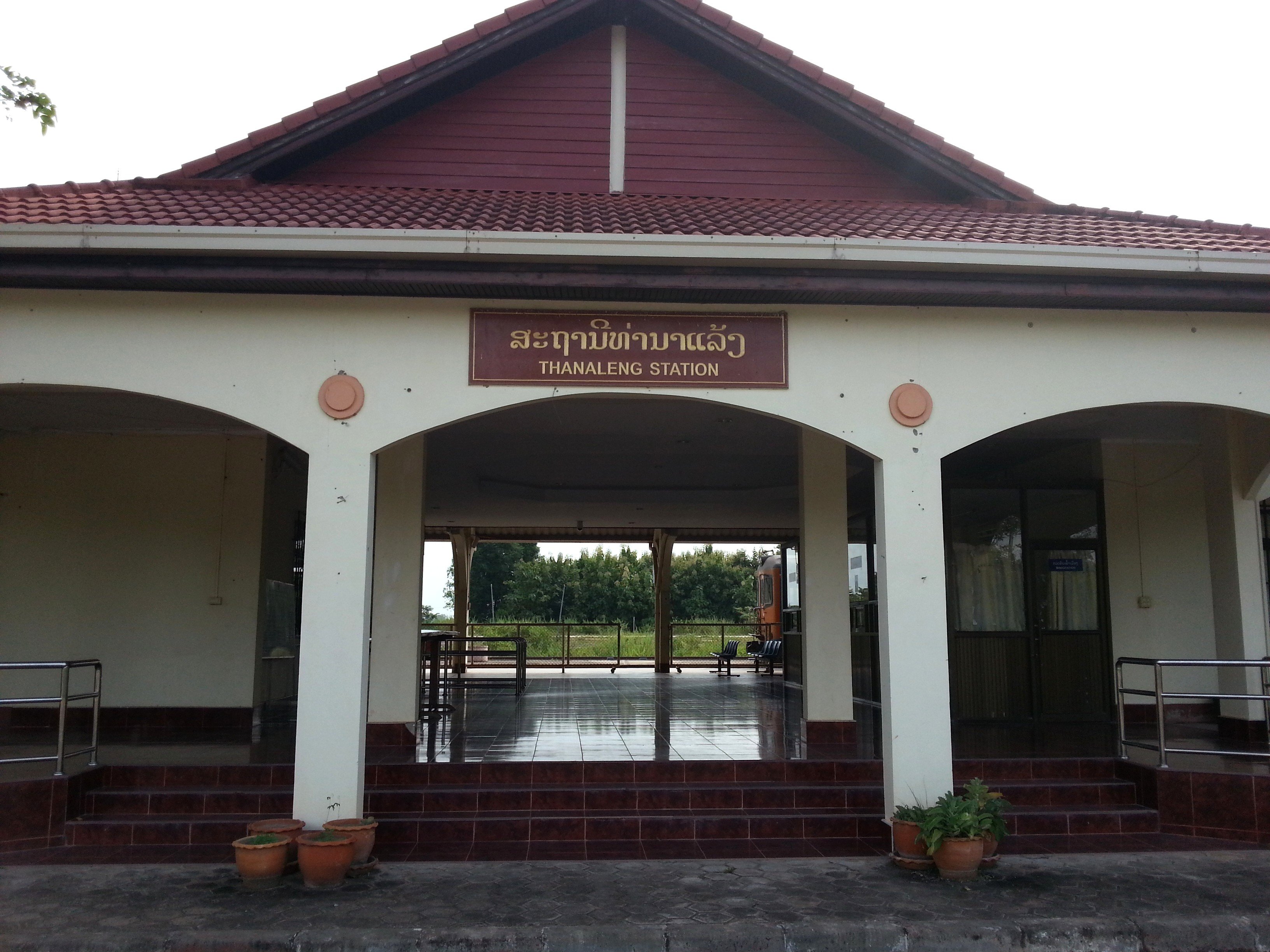 This small train station opened in 2009 financed by grants and loans from the Thai Government. The long term plan is to transform Thanaleng Railway Station into a freight depot once the high speed rail link through Laos from Kumming in China to Bangkok is completed. For the time being Thanaleng Railway Station will continue to operate as the sole passenger train terminal in Laos. 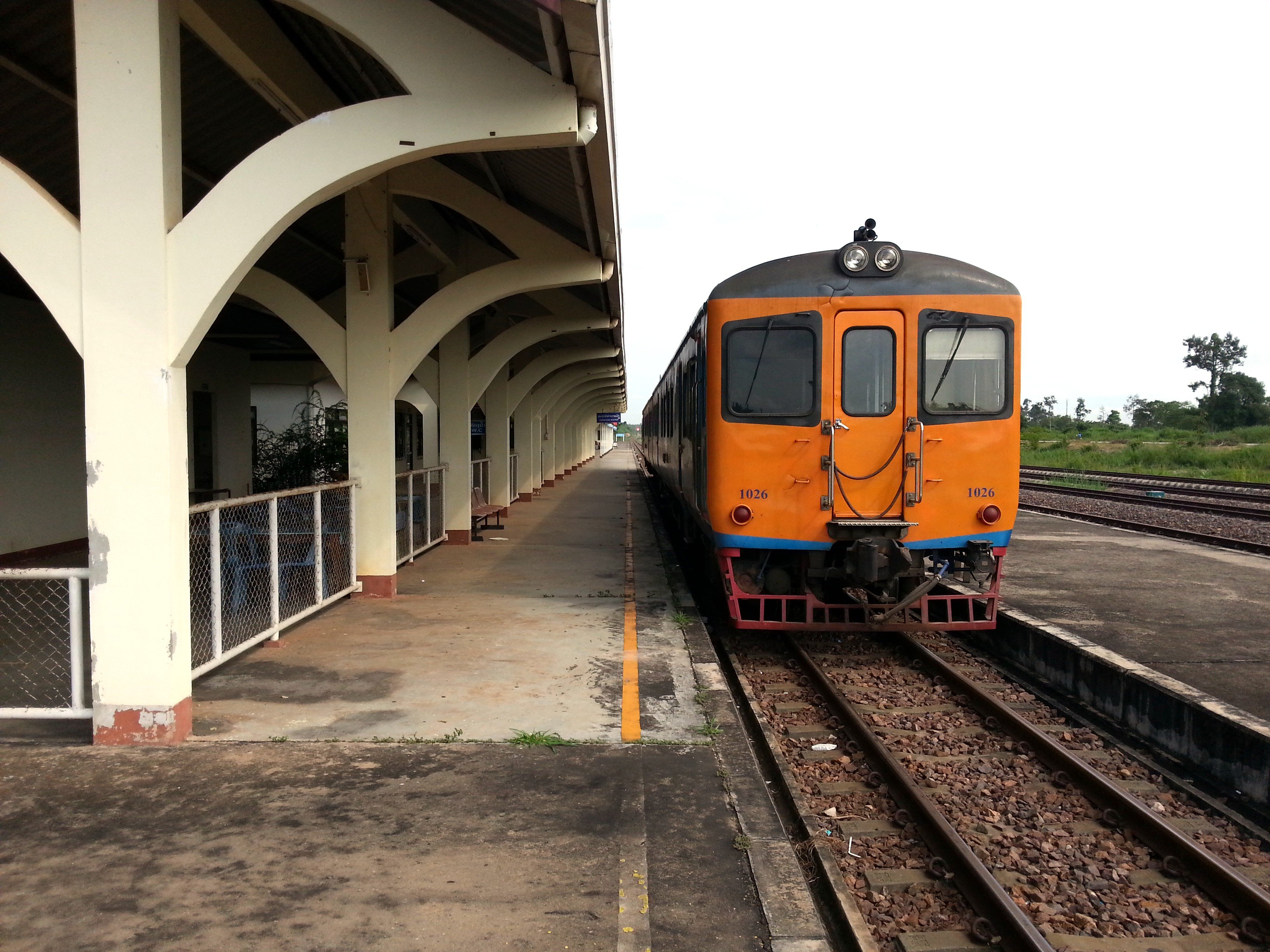 Train from Laos to Thailand

There are two train services a day from Thanaleng Railway Station to Nong Khai. There are no other stations between Thanaleng and Nong Khai.

Two trains services a day terminate at Thanaleng Railway Station, both of which originate from Nong Khai in Thailand.

Thanaleng Railway Station is 15.2 km by road from Vientiane.

There are no facilities at Thanaleng Railway Station other than toilets on the train platform. There is nowhere in the train station to buy food or drinks, and no shops or restaurants within easy walking distance of the train station. There are, however, tuk-tuks drivers and minivans waiting at the station to coincide with the twice daily arrival of trains at the station. As you pass through the ticket hall you see desks with transport operators touting for business and tuk-tuks waiting in the road outside the station for business. If you haven’t pre-booked a transfer from Thanaleng Railway Station to Vientiane you need to take one of these minivan or tuk-tuk services or risk being stuck at Thanaleng Railway Station which is pretty much in the middle of nowhere.

Buying Tickets at the Train Station

Tickets on train services from Laos to Nong Khai in Thailand are available for purchase at the ticket counter in Thanaleng Train Station. The ticket counter opens about 1 hour before either of the two daily trains is scheduled to depart. 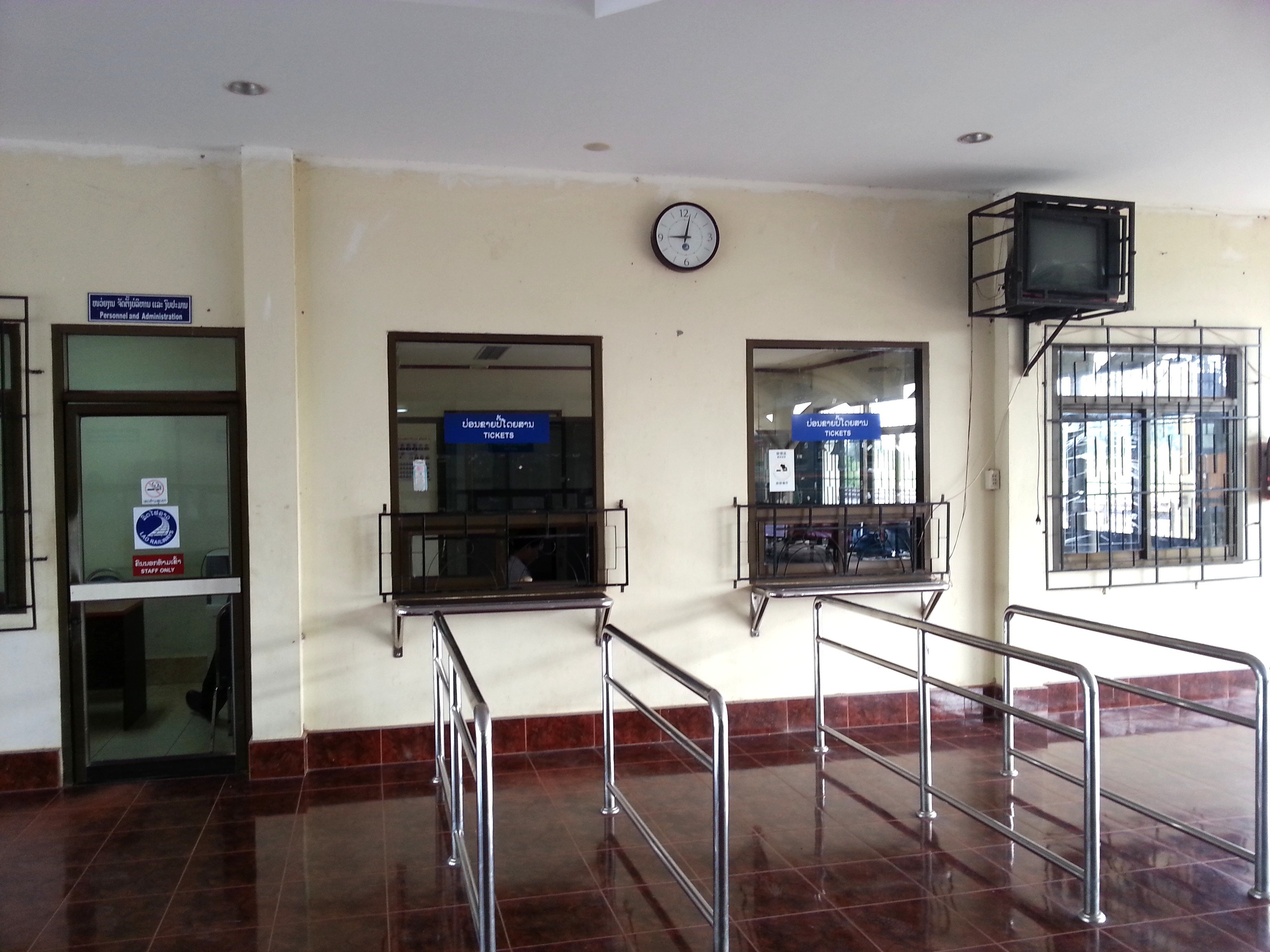 Tickets cost 20 THB. If you don’t have any Thai currency you can also pay in Laos Kip. The price is 6,000 kip.

Use the Search Box below to buy tickets for joint bus and train transfers from Vientiane to Nong Khai via Thanaleng Train Station:

To book train tickets onward to Bangkok change the origin of travel in the Search Box to ‘Nong Khai’ and the destination to ‘Bangkok’ and click to find tickets. 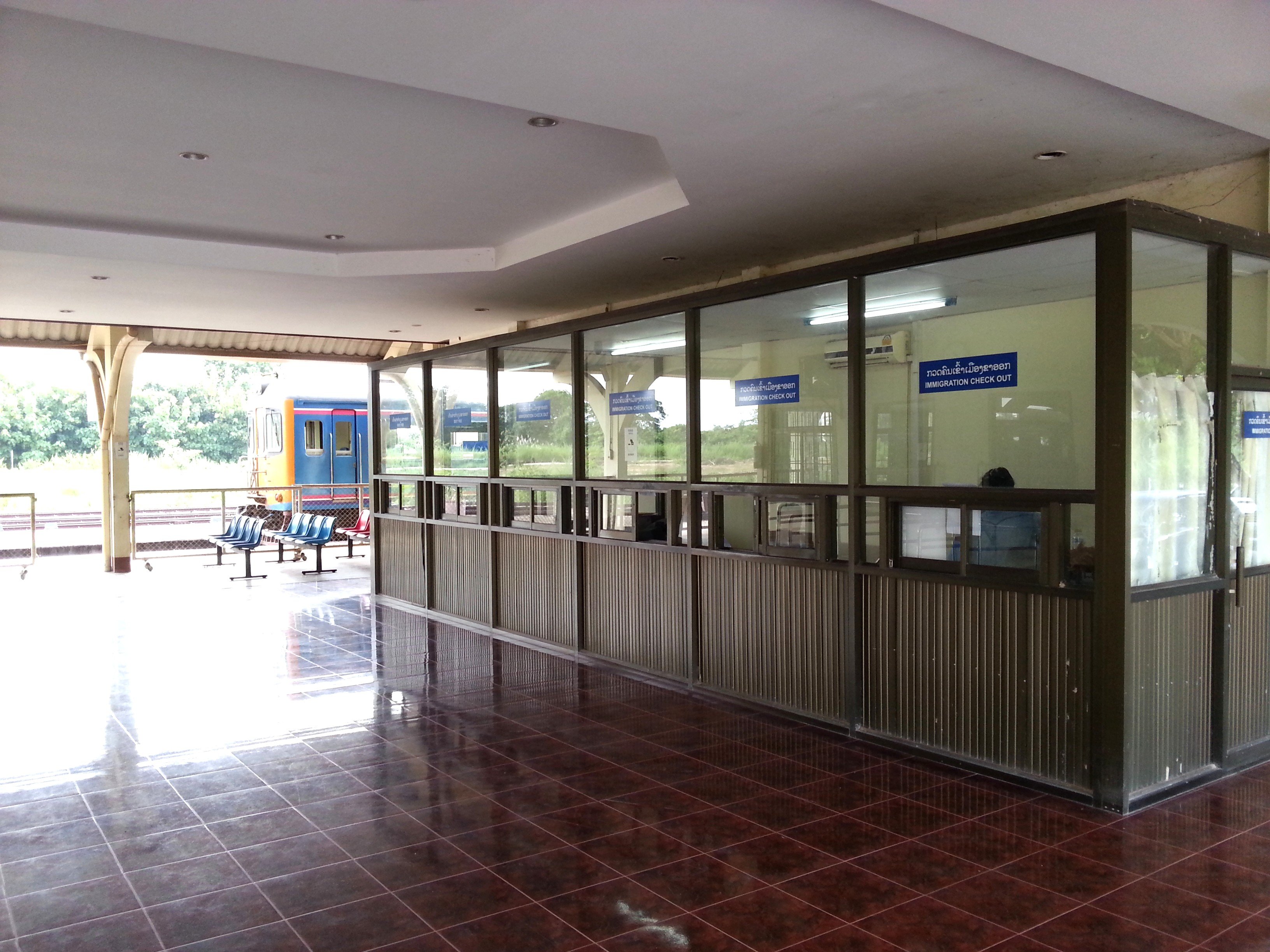 Passport control for entering into Laos is located on the main platform. 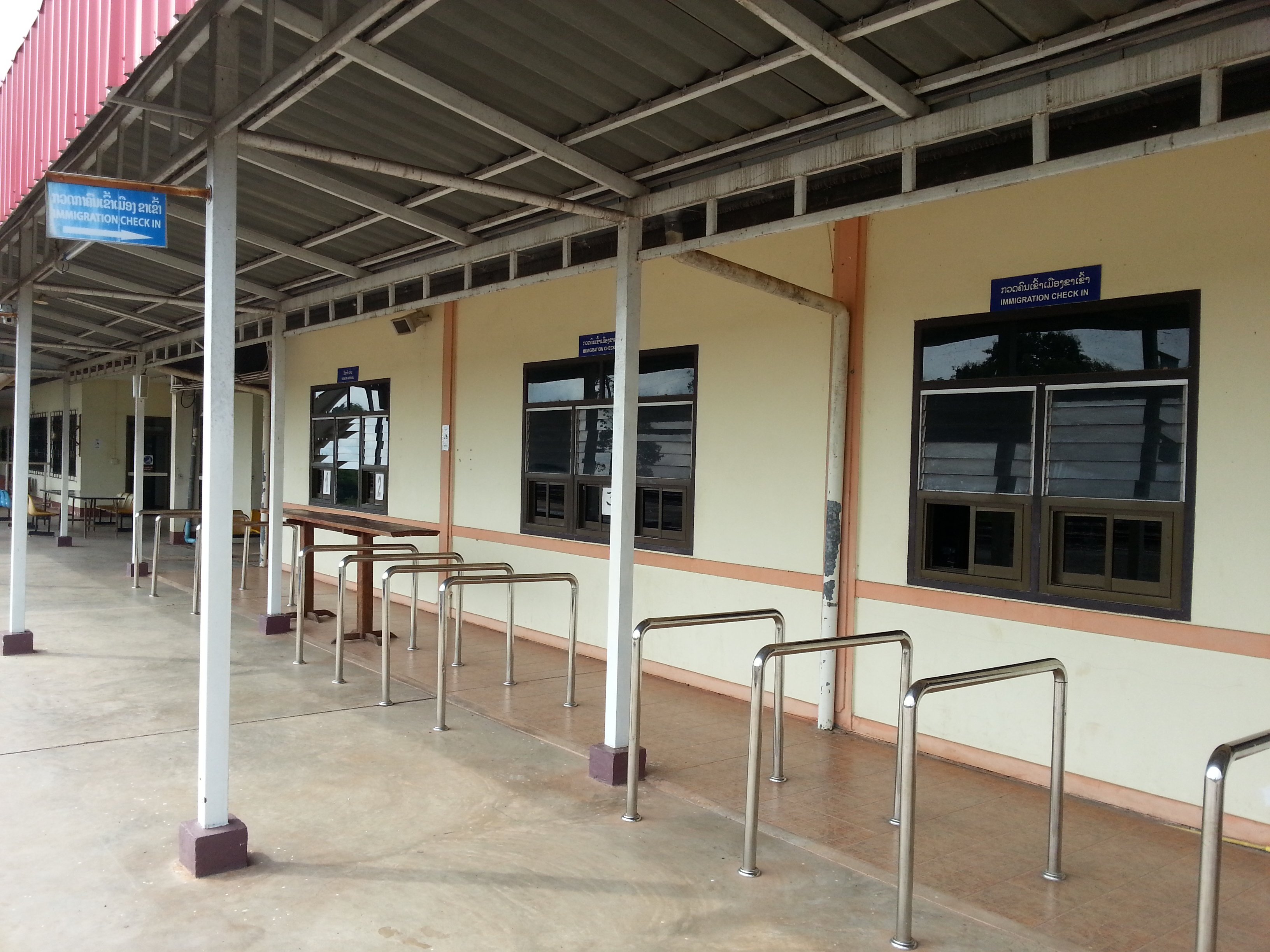 There are three windows. One window is where you apply for your Visa on Arrival if you don’t already have a visa for Laos and you need one. There will be a fee to pay and a form to complete, along with a photo which you need to provide. You pay and give the form in at the window marked ‘1’ and collect your passport from the window marked ‘2’. Once you have your visa then you can go to the second window to get your entry stamp into Laos. This window is marked ‘3’.

Next read about Travel from Bangkok to Vang Vieng