There are two types of public transport from Luang Prabang to Vientiane. You can either fly with Lao Airlines or Lao Skyway, or you can take a long distance bus service. By road the 327 km journey from Luang Prabang to Vientiane takes 11 to 12 hours depending upon whether you travel during the daytime or at night. Travelling by bus is a lot slower than flying but it also about a quarter of the price.

There are two bus services a day from Vientiane to Luang Prabang which are available to book online.

Use the Search Form to purchase your bus tickets from Luang Prabang to Vientiane.

Vientiane has been the capital city of Laos since 1563 and Vientiane is also by far the country’s largest city with a population over 750,000; Laos’s next biggest city is Pakse with a population of 88,000. Vientiane, unsurprisingly, is the most prosperous and vibrant place in Laos with recent investment in business and infrastructure from both Japan and China vying for influence in Laos. Vientiane is about as close you will get to modernity in Laos, which may or may not be a good thing depending upon your perspective. 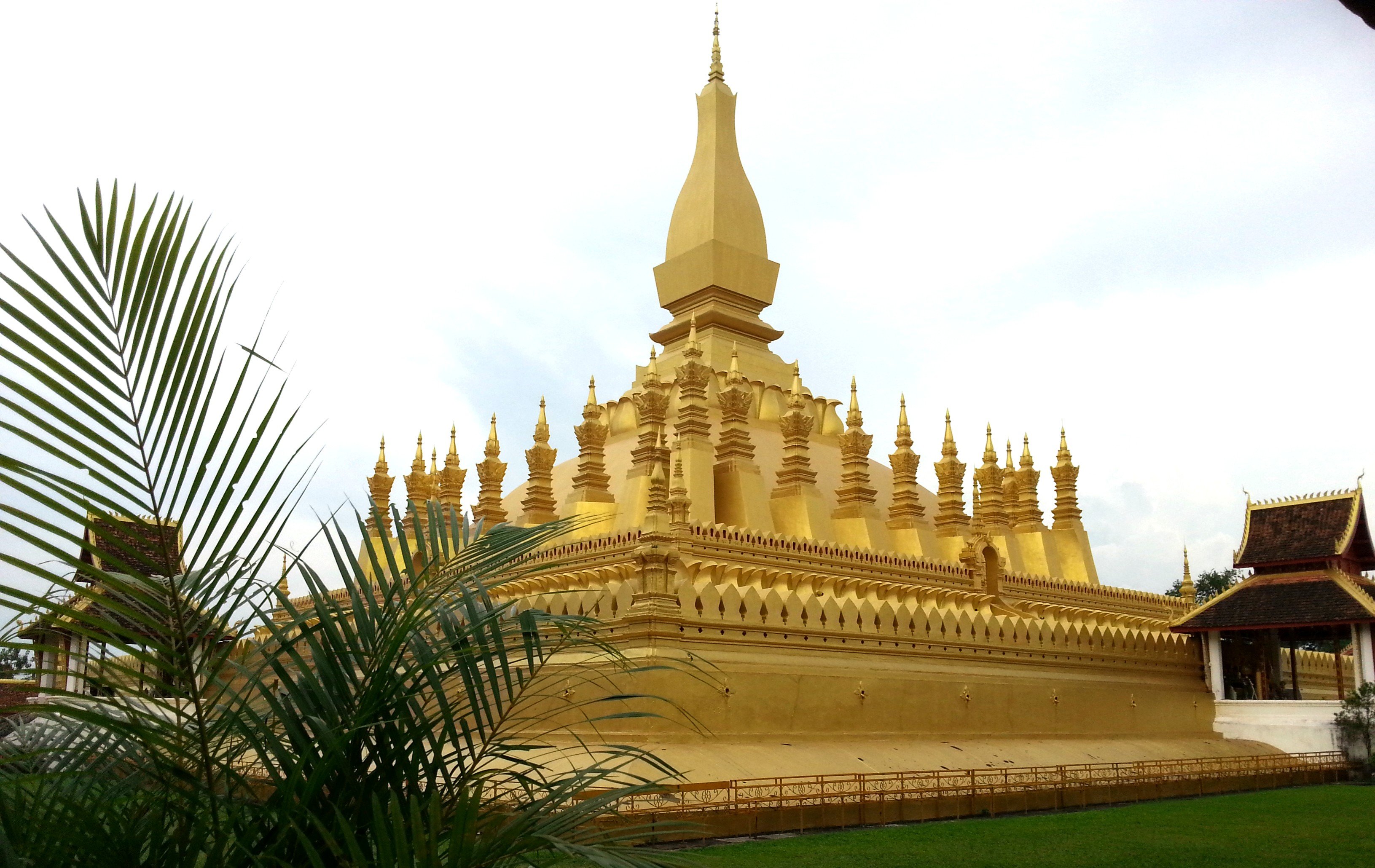 Wat Pha That Luang in Vientiane

Vientiane is an attraction small city thanks to the combined efforts of the French colonial government and the Lao people. Temples and palaces sit alongside French style city planning and architecture. You need two days to appreciate what Vientiane has on offer to visitors. As well as being a great place to simply walk around enjoying the atmosphere and eating some very good food, the specific places you should visit are:

Next read about Travel from Nong Khai to Chiang Mai