Travel from Pakse to Ubon Ratchathani

Ubon Ratchathani is the major hub for travel between destinations in Southern Laos, such as the 4,000 Islands area, and popular destinations in Thailand such as Bangkok, Chiang Mai and the Southern Islands such as Koh Phangan.

There are 3 direct bus services a day from Pakse to Ubon Ratchathani which are available to book online.

Use the Search Box below to buy tickets from Pakse to Ubon Ratchathani.

Ubon Ratchathani is a very untouristy town with no well known attractions which the vast majority of foreign visitors pass through on their way to or from Southern Laos, and the number of people passing through is relatively few. On the downside this means that services for foreign visitors have not developed to any significant extent and comparatively few people have a good command of languages other than Thai and Lao. On the upside, the locals have not yet become jaded by an invasion of foreign tourists and tend to be a lot more friendly than in areas where there are lots of foreign tourists. Ubon Ratchathani is also very good value for money. 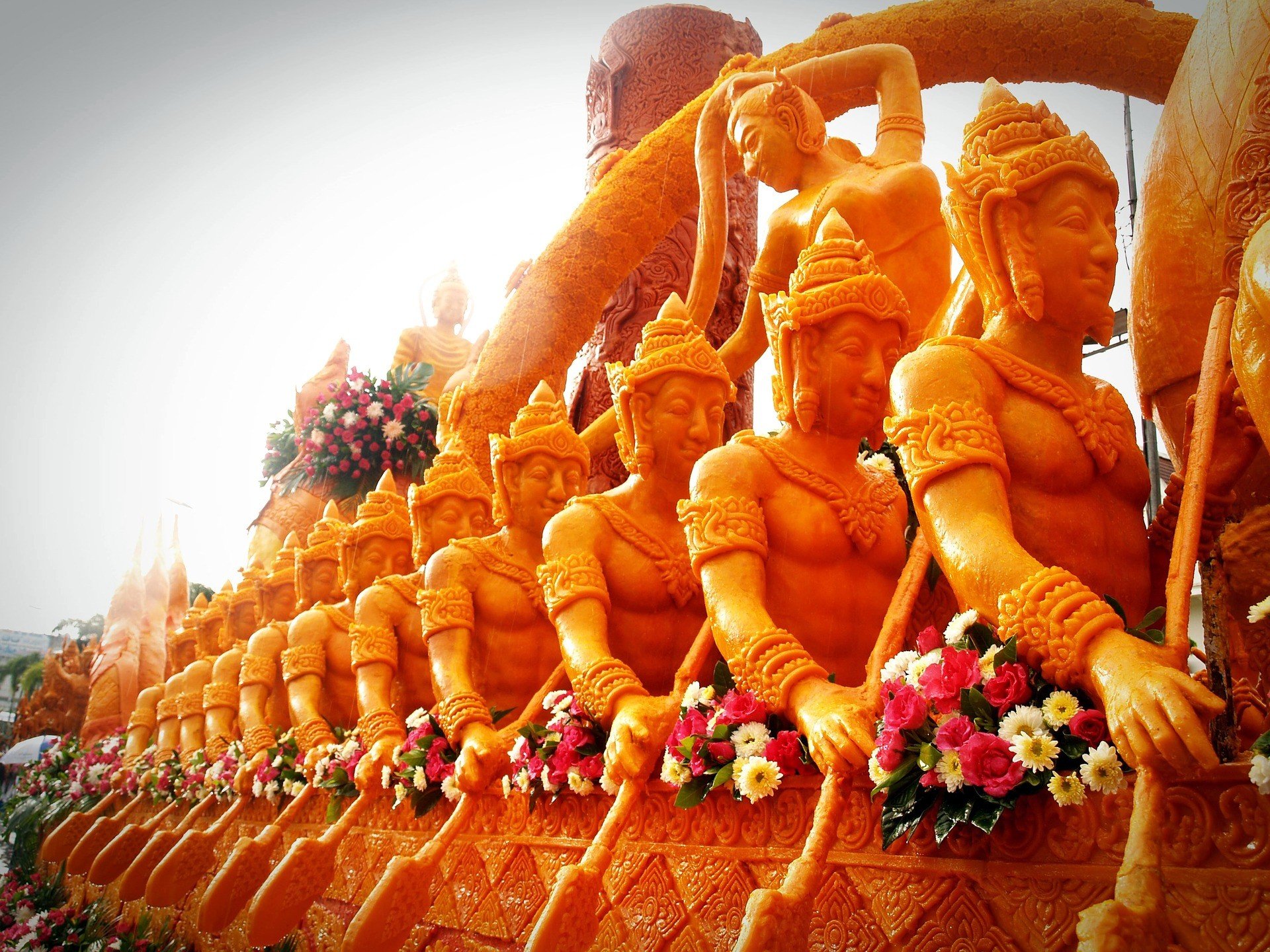 Model at the Candle Festival in Ubon Ratchathani

The main places to visit in Ubon Ratchathani are its temples. The most interesting temple in the area is Wat Nong Bua which has an angular white chedi built to look like the famous chedi at Bodh Gaya in India, which is where the Lord Buddha attained enlightenment. Also interesting is the city centre temple Wat Thung Si Muang which has a small wooden scripture hall on stilts in the middle of a lake, which was a cleverly thoughr out way to stop insects from entering the temple to eat the delicate paper upon which the Buddhist holy books were written. Ubon Ratchathani also becomes very lively during the Candle Festival to mark the start of Buddhist Lent in early July. The Candle Festival involves processions of models made out of wax being taken through the town to a temple and it attracts a lot of visitors from across Thailand.

Next read about Travel from Vientiane to Don Det