Vietnam is one of the largest countries in South East Asia with a population of over 95 million. Vietnam also has a unique history of being occupied by foreign powers over two millennium before achieving self rule under the Communist regime of Ho Chi Minh. Modern Vietnam is a fast developing country with a younger generation free from the struggles of their ancestors looking to forge a new identity distinct from an identity shaped by centuries of bloody struggle against foreign oppressors.

Compared to countries such as Laos and Malaysia, Vietnam is a relatively homogeneous in terms of the ethnicity of its inhabitants, with the Kinh or Viet people making up 85% of the Country’s population. The other 15% of the is split into over 53 distinct ethnic groups, many of whom inhabit the more remote parts of the country in the north on the borders with China and Laos. Many of these groups, such as the Cham, are the remnants of older civilisations who were displaced by later arrivals to Vietnam such as the now majority Viet people. The modern Vietnamese people have a history of a long and bloody struggle for an independent country, and more recently suppression by their own Communist government. This struggle is something which features as context and background to modern life in Vietnam and the viewpoint of the Vietnamese peoples.

Vietnam has a highly developed railway system, which the French built, the Americans destroyed, and the Chinese subsequently rebuilt. Vietnam’s railway network has over 2,600 km of track with the majority of that track (1,726 km) forming Vietnam’s north-south railway line known as the ‘Reunification Line’ which runs from Hanoi to Saigon (Ho Chi Minh city) in the south. It takes 31 to 35 hours to travel the entire length of the line from Hanoi to Saigon, although most foreign visitors choose to break the journey down into shorter stages with stops on route at Nha Trang, Hue and Da Nang. 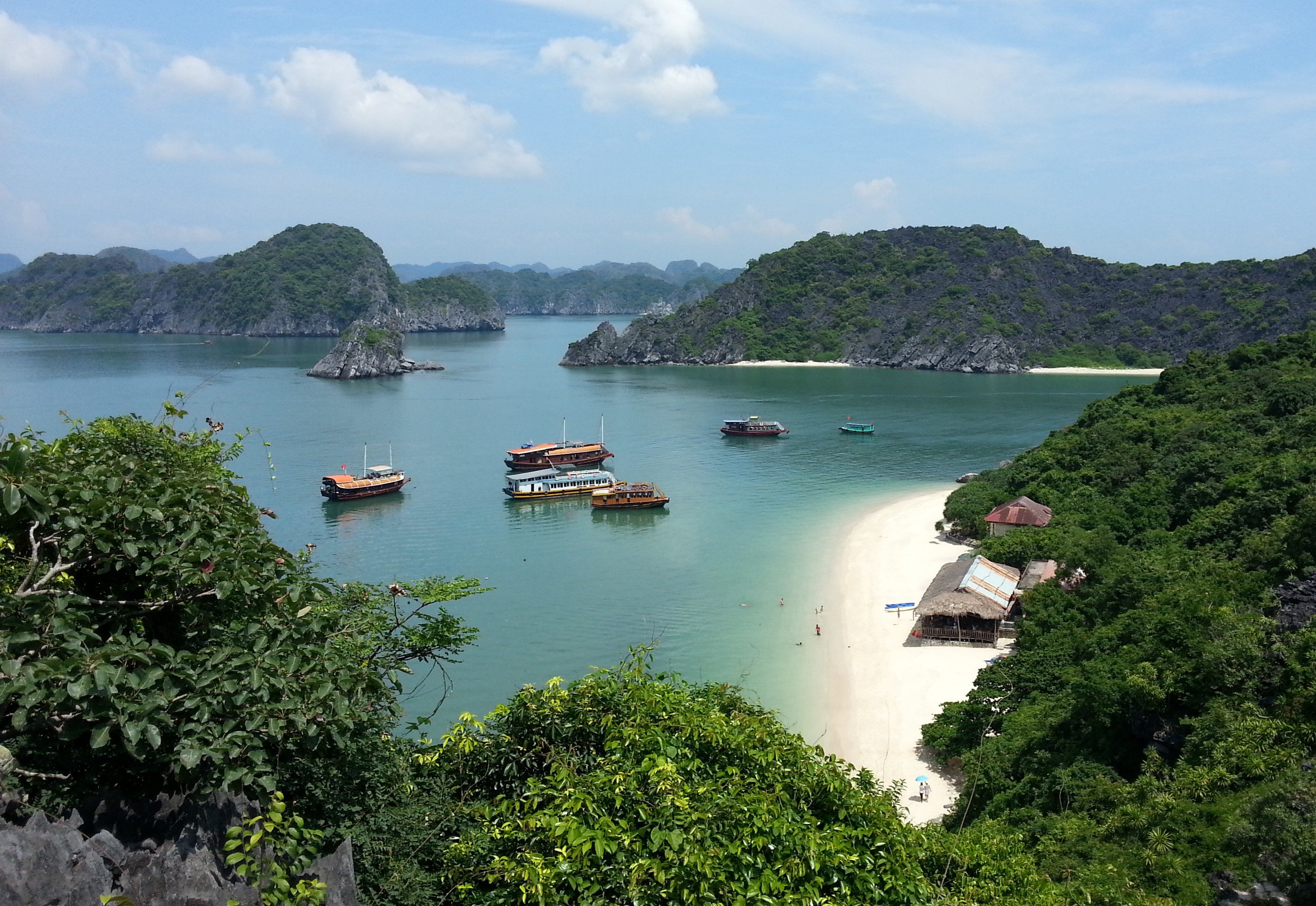 Vietnam also has an extensive road network, and you can travel to places not connected to the railway network by public bus services which are fairly cheap and efficient. There is currently a single international railway connection, to China, so for travel to Cambodia and Laos you no alternative to taking a bus or getting on aeroplane. The journey by road to Cambodia is fast and cheap, whilst travel by bus to Laos is much slower and more expensive.

Vietnam has its own distinctive cuisine which is different to Thai, Loatian and Chinese food. Vietnamese cuisine is traditionally based on the principle of combining five types of flavour into one meal: sweet, salty, spicy, bitter and sour. Like other South East Asia cuisines everyday Vietnamese food involves eating rice, although under the influence of their former French colonial master Vietnam has embraced eating bread albeit bread made from rice flour combined with Vietnamese flavours and ingredients featuring in many bread dishes such as the world famous banh mi sandwich. Another distinctive feature of Vietnamese cuisine is the use of fresh vegetable and herbs, making less use of oil to fry dishes, with the result that Vietnamese is amongst the healthy food in Asia.

Vietnam is a Communist country and according to the 2014 Vietnamese census the majority of the population (73.2%) either had no religious affiliation or believed in folk religions involving the worship of local gods and spirits. The next largest religious group in Vietnam are Buddhists who account for 12.2% of the population. After that Christians (8.3%) of whom 6.8% are Catholics.

Cost of Living in Vietnam

People in Vietnam are fairly poor in relation to the citizens of other South East Asian countries, with the average month income in Vietnam approximately half of that of people in nearby Thailand. Foreign visitors tend not to be able to buy things as cheaply as local people (overcharging of foreign visitors in a common practice in Vietnam), nonetheless, for the most part Vietnam is a very cheap place to visit on holiday. A meal in an basic restaurant or street stall will cost between $1.5 and $2.5 USD. A half litre of domestic beer drunk off premises is is around $0.80 USD. A 3 km journey in a taxi should cost $2 USD on the meter. In Hanoi a basic room in guesthouse will set you back between $7 and $25 and a 3 star hotel room with air-conditioning and satellite TV cost in the region of $17 to $55 USD a night. For foreign visitors Vietnam is very slightly cheaper than Thailand for most things.

Things to do in Vietnam

Vietnam is a very diverse country with lots of interesting things to see and do. Hanoi and Saigon are places where you spend several days wandering around visiting markets, temples, and other historical buildings. Beyond these two large cities the most destinations are: