Wat Kang is a small Buddhist temple located at the north end of Vang Vieng town in Laos. 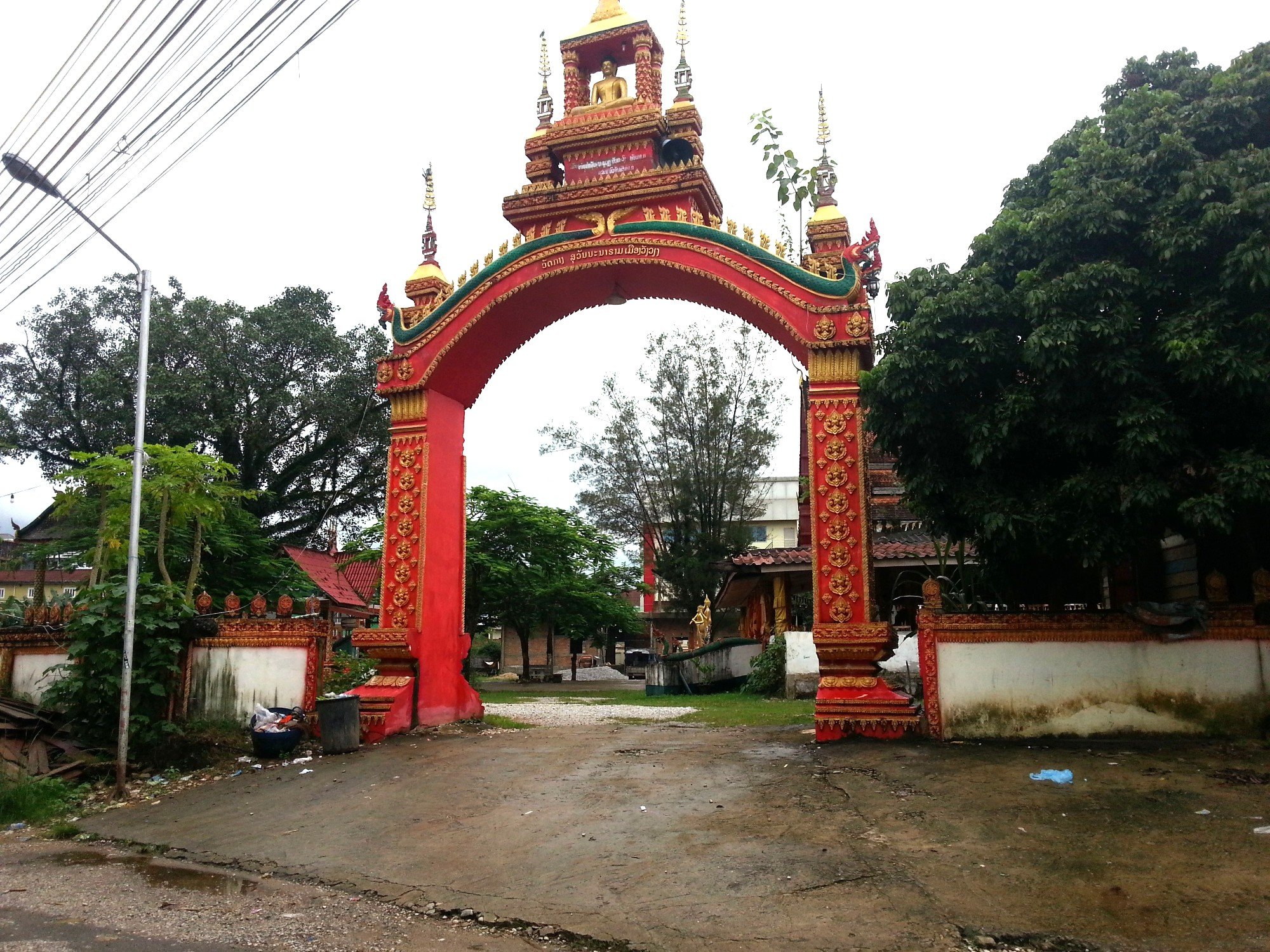 Wat Kang is open to visitors during daylight hours and admission is free.

Wat Kang is one of two Buddhist temples in Vang Vieng town centre, the other Wat That is a larger temple located a short distance to the north. 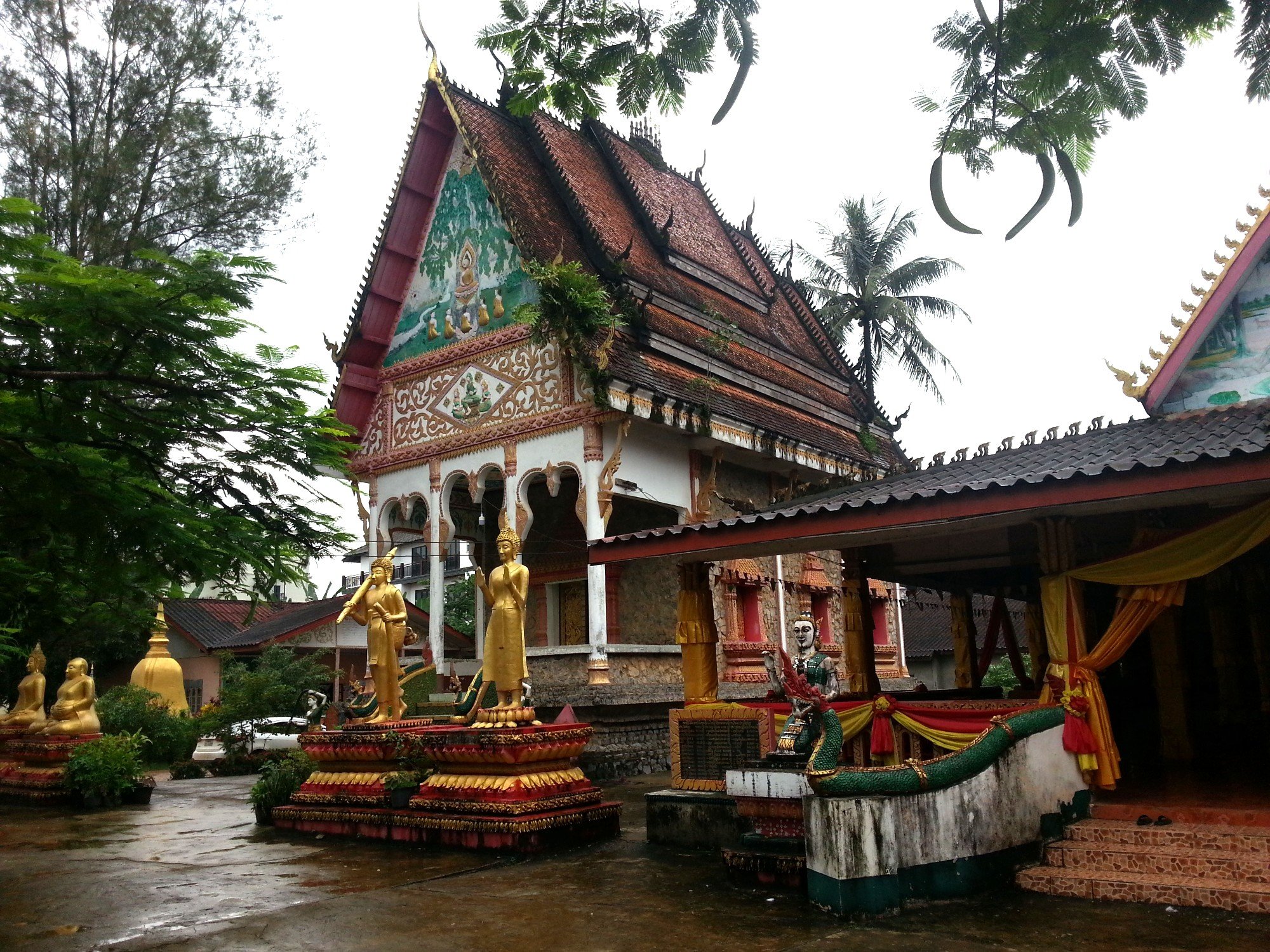 The exact date Wat Kang was founded is unknown. The main temple building, the ordination hall, was constructed in 1938. There are no records of what was there before that. Prior to the boom in tourism and the airfield at Vang Vieng during the ‘Secret War’ in Laos, the town was very small and the local inhabitants reliant on small scale farming so the likelihood is that any temples here would have been very basic. 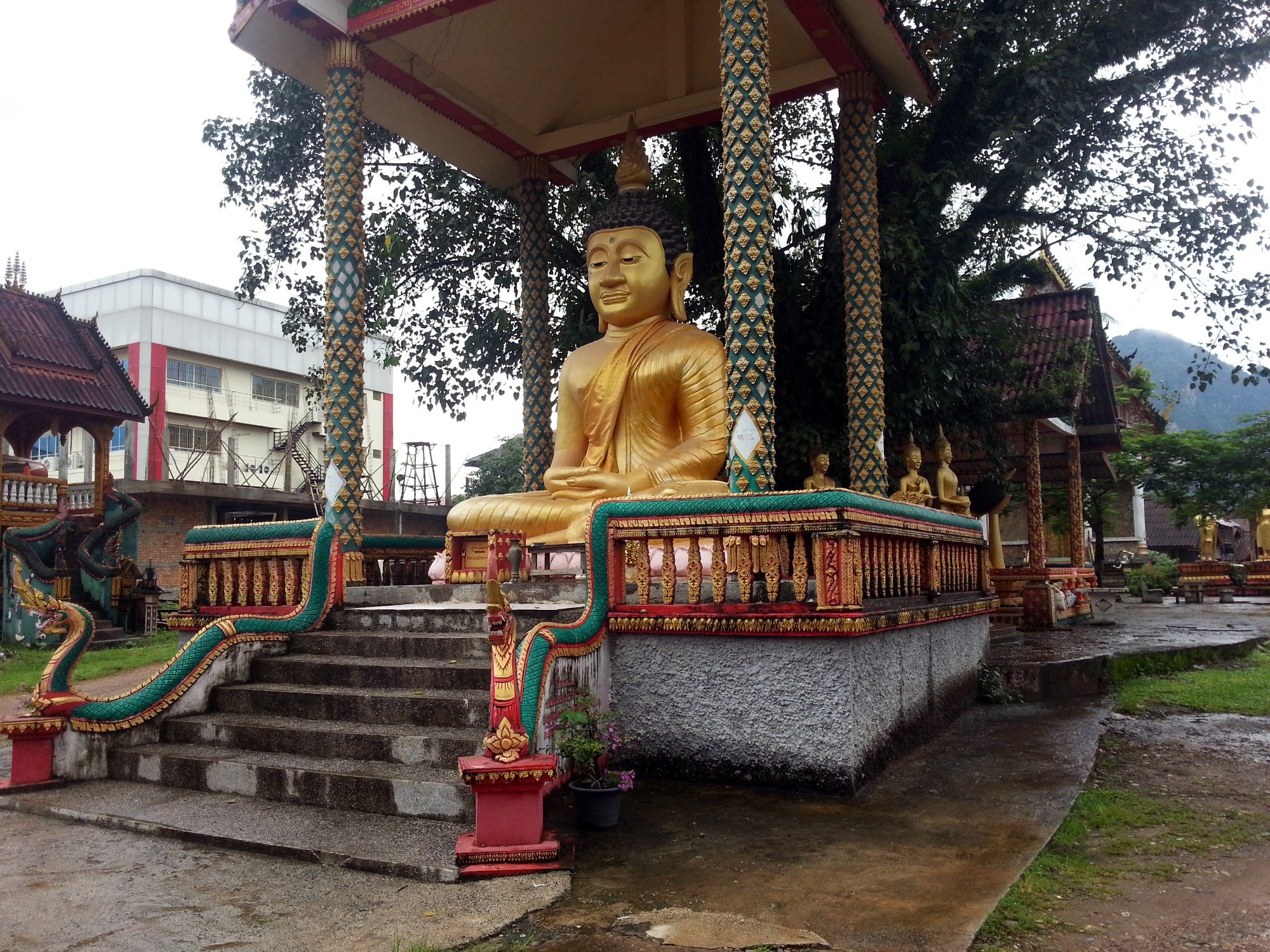 The ordination hall at Wat Kang is small but nicely decorated with paintings inside and out. It’s a great example of what a typical Laos temple looks like outside of major towns and cities such as Luang Prabang and Vientiane and founded without royal patronage. 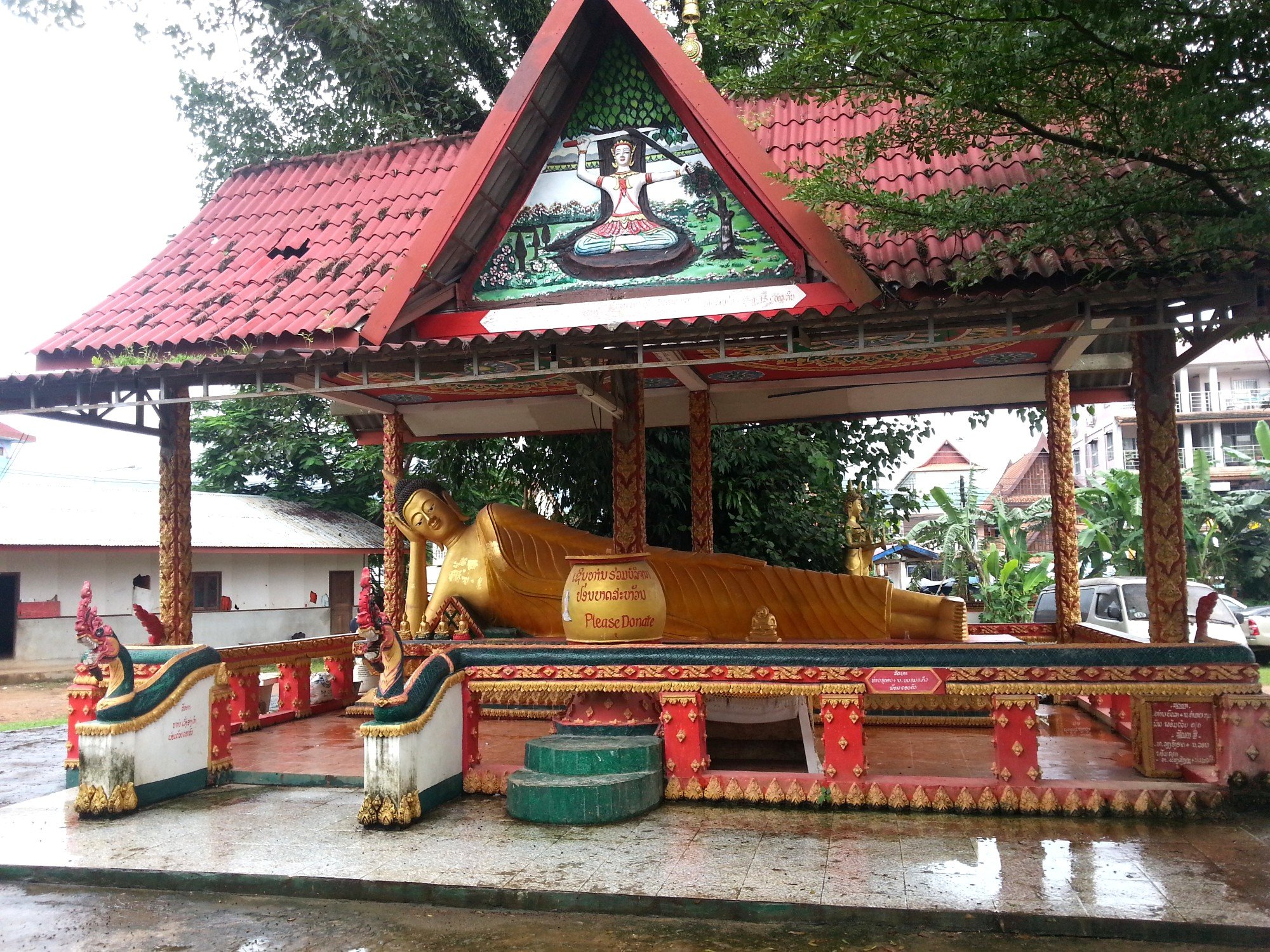 Wat Kang also has two large Buddha statues under cover: a seated Buddha and a reclining Buddha. In addition there are also four smaller Buddha statues and a small chedi in front of the ordination hall. 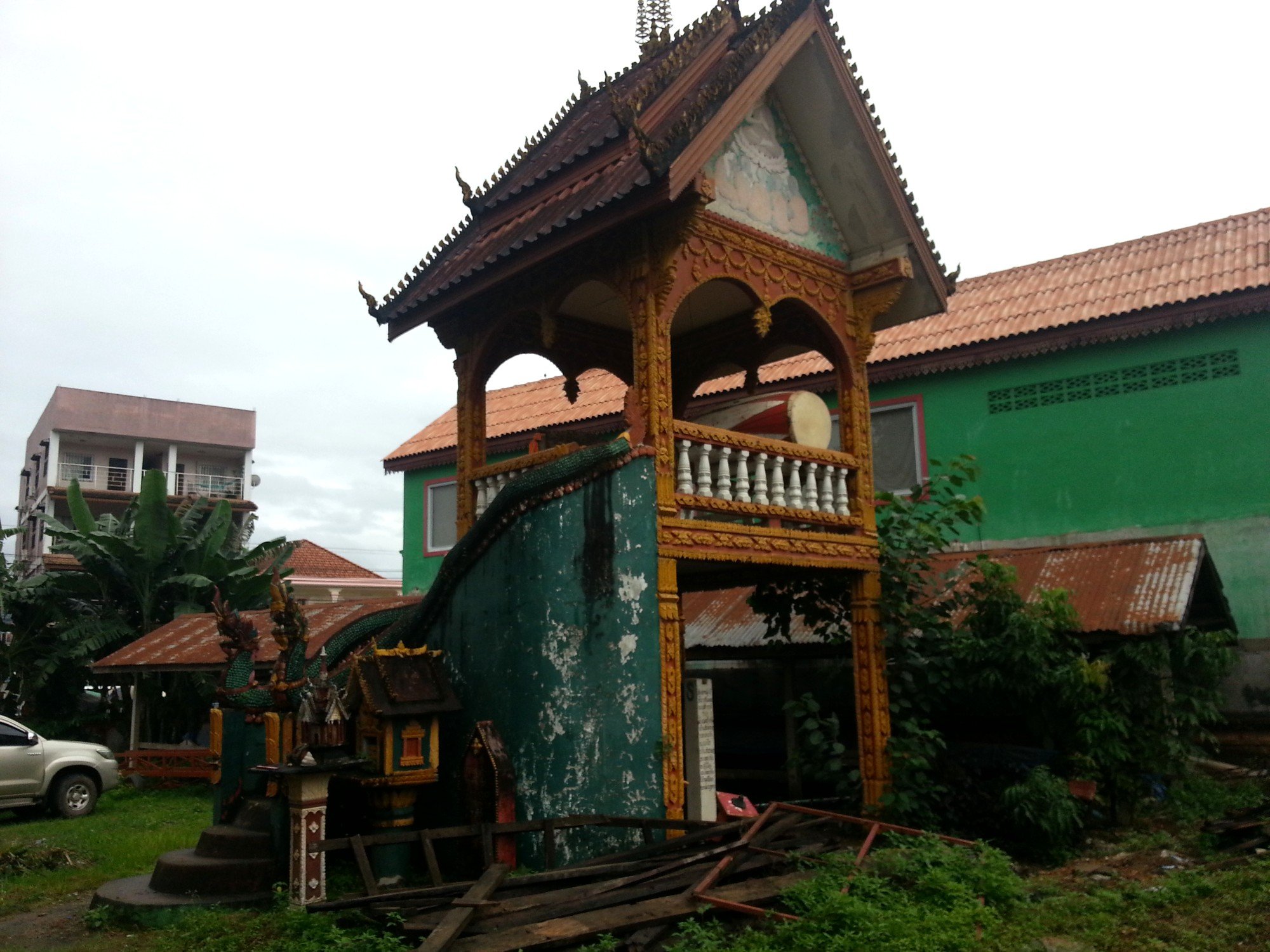 The other significant feature of Wat Kang is its drum tower. In Laos drum towers are typically installed in a temple to mark the centre of a town or village. Wat That does not have a drum tower, which suggests that Wat Kang is the older temple which used to be in the centre of Vang Vieng town which has expanded southward since the time Wat Klang was established.

Next read about Wat Suthat Thepwararam in Bangkok