Wat Manorom, also known as Vat Manorom, is a Buddhist temple located outside the centre of Luang Prabang in Laos, beyond the walls which once enclosed the town. 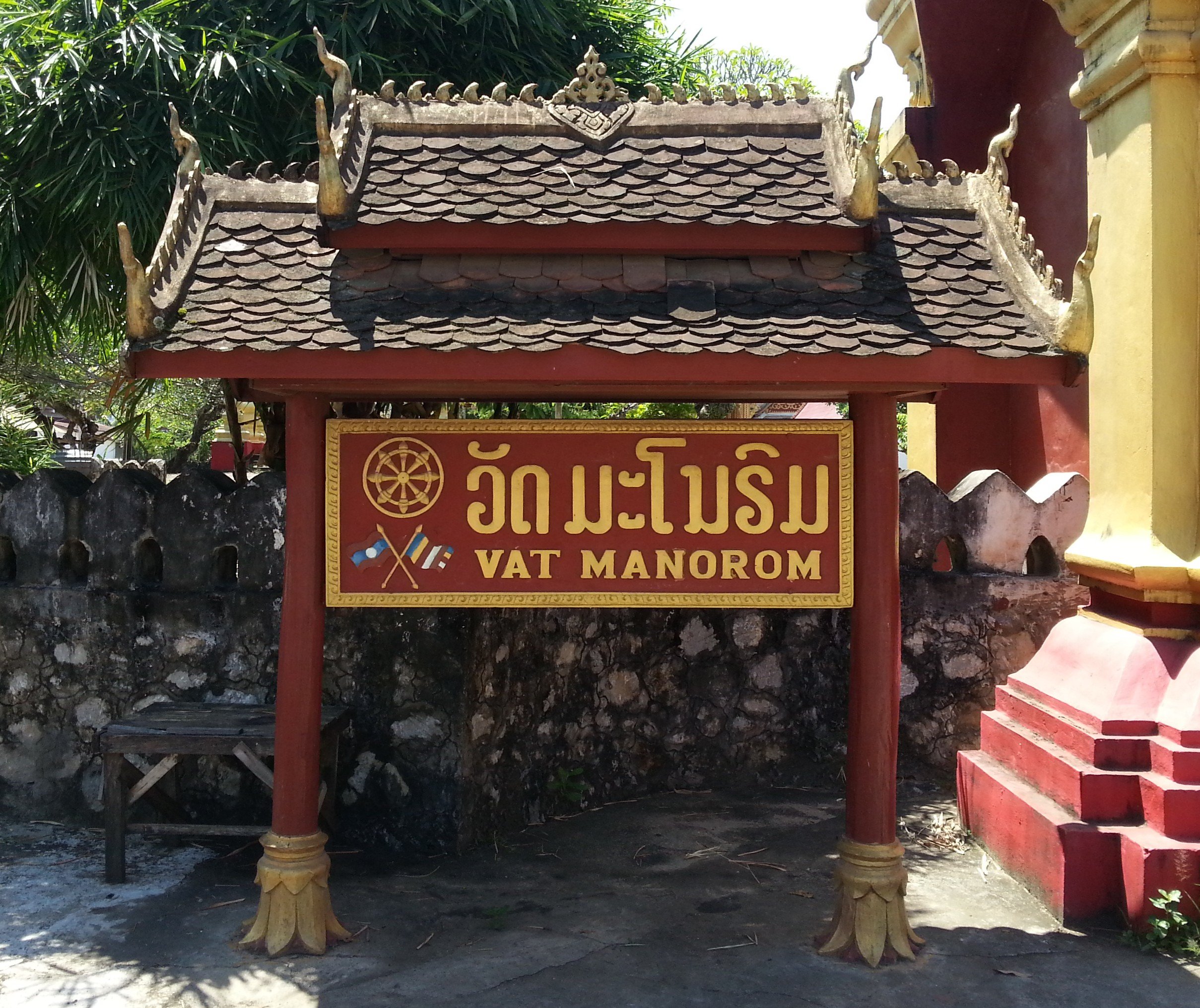 Wat Manorom is not the most famous temple in Luang Prabang but it has the largest number of resident monks making it one of the most important temples in the area. 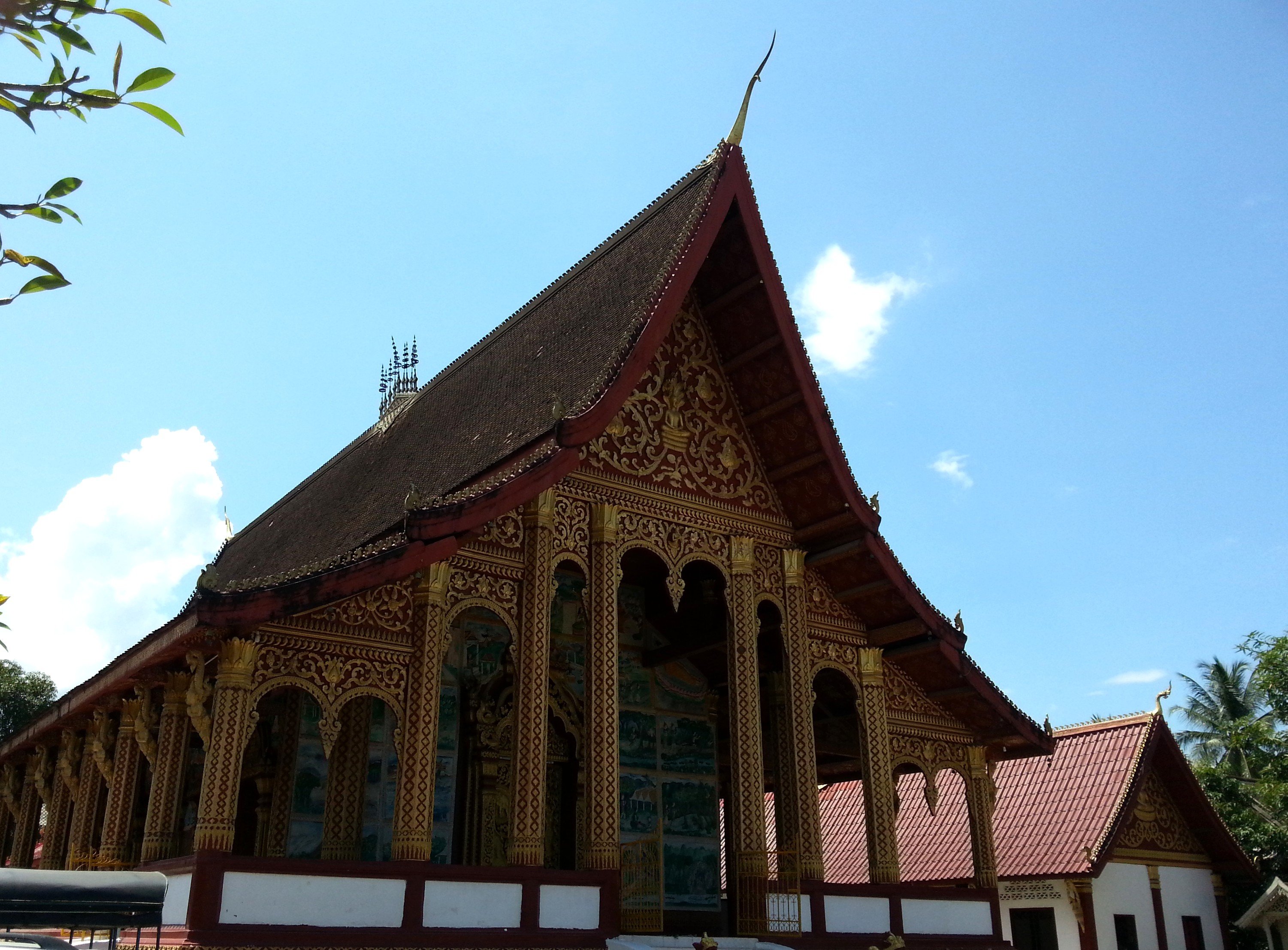 None of the original buildings at Wat Manorom remain intact today. Since the 15th Century Luang Prabang has been invaded numerous times with the temples and other buildings in the town having been destroyed by the invaders. The most notable incident to befall Luang Prabang was the invasion by a Chinese warlord and his ‘Black Flag’ army in 1887 which destroyed the temple virtually in its entirety. 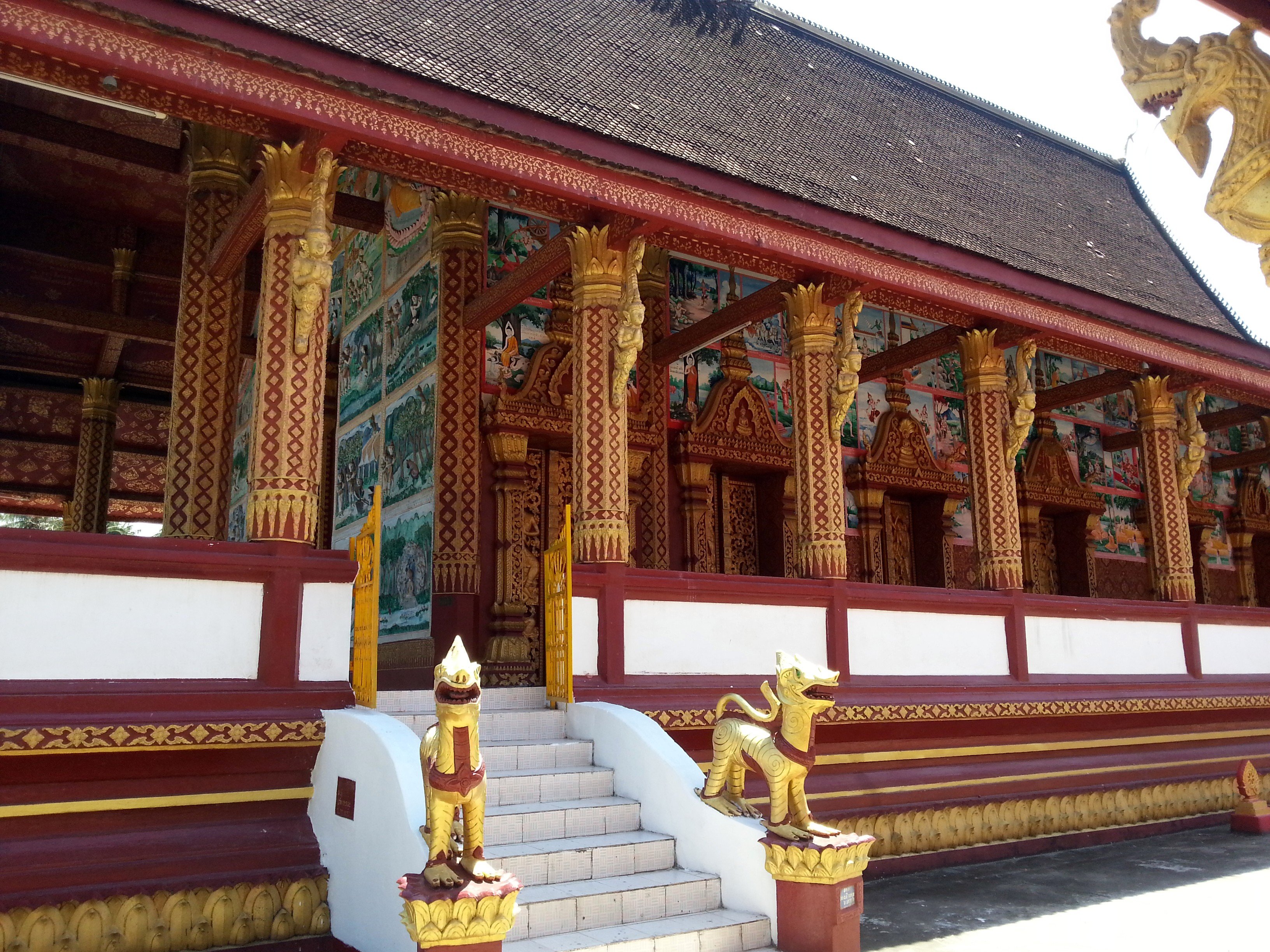 Side view of the congregation hall at Wat Manorom

The magnificent congregation hall or sim which currently stands at Wat Manorom was constructed between 1971 and 1972. The sim at Wat Manorom is amongst the tallest of any in Luang Prabang. 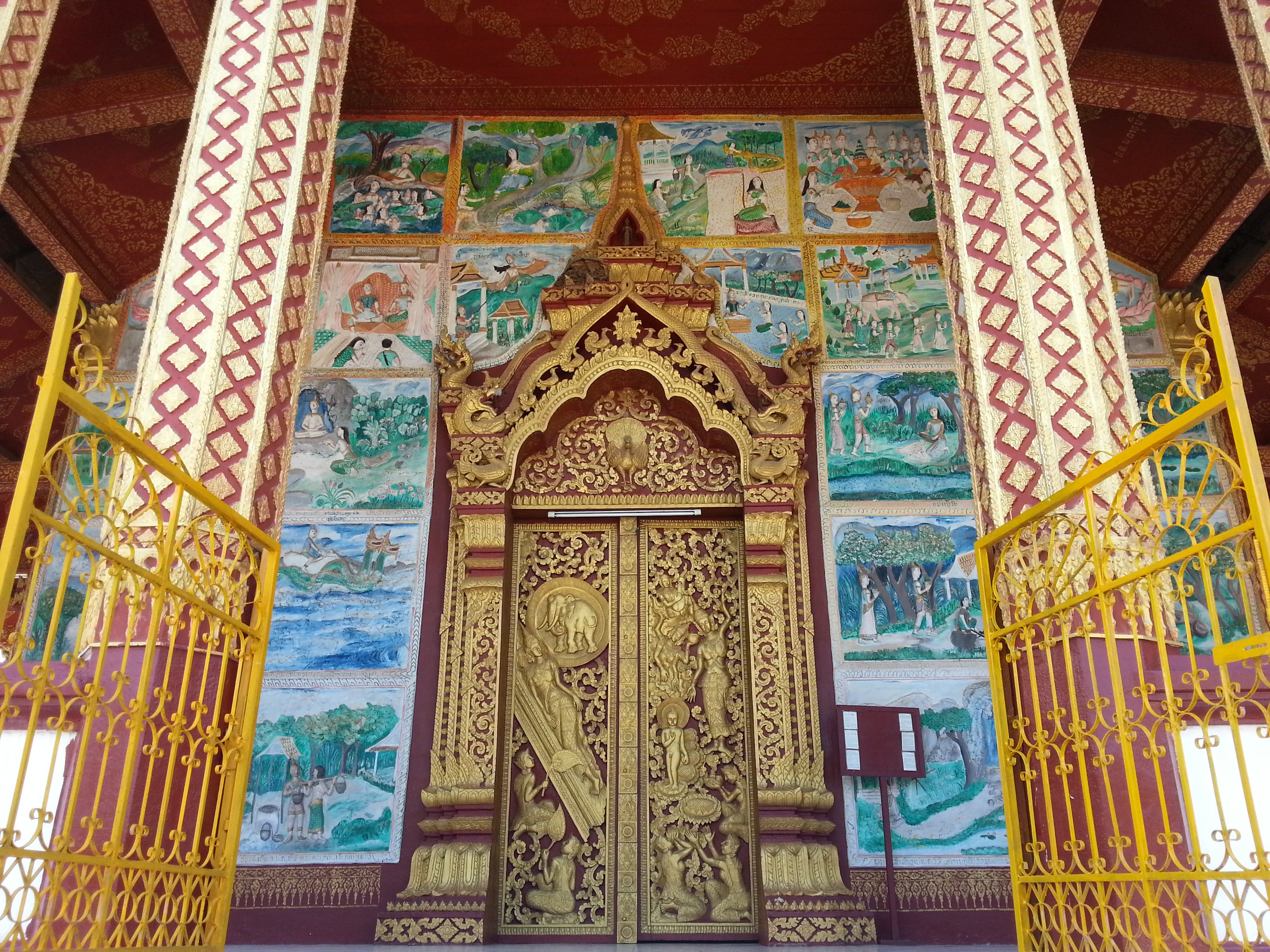 The congregation hall at Wat Manorom is also noteworthy for its elaborate decoration. The main door features an exquisite gold relief and the outer walls of the temple are entirely covered with paintings relating to life of the Lord Buddha. The sim at Wat Manorom is a work of art as well as a religious building. 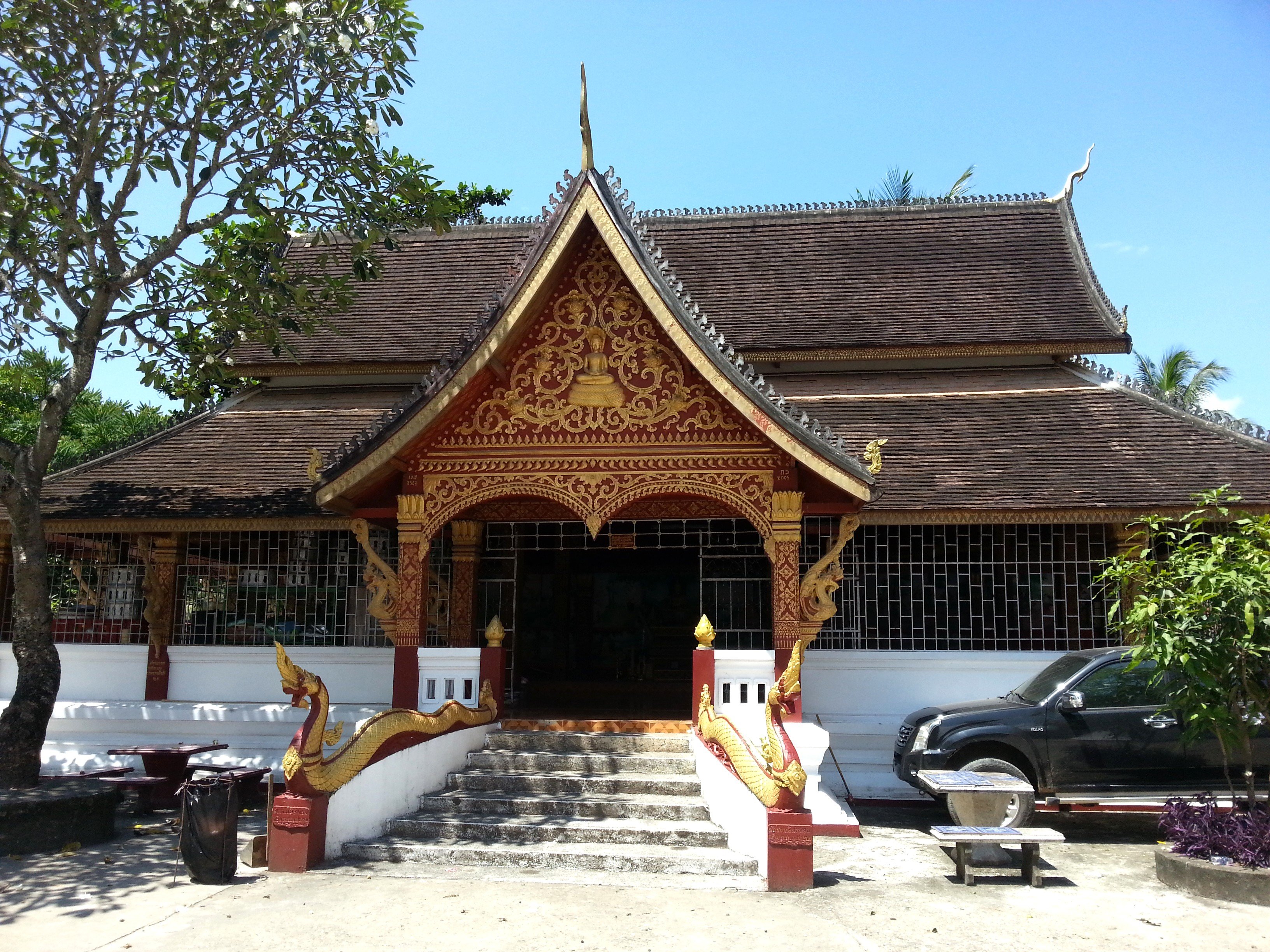 One of the many buildings at Wat Manorom

Inside the sim at Wat Manorom sits a 6 metre high bronze Buddha statue cast in the 14th Century in the Sukhothai style, rather than the Khmer style with was generally prevalent at the time. This Buddha statue, the oldest in Luang Prabang, was heavily dmaged during the Franco-Thai War of the late 19th Century. The French armed forces attempted to steal the arms of this statue which were then lost when the boat carrying them away capsized. The arms of the statue have been replaced with cement covered with gold leaf rather than cast bronze. 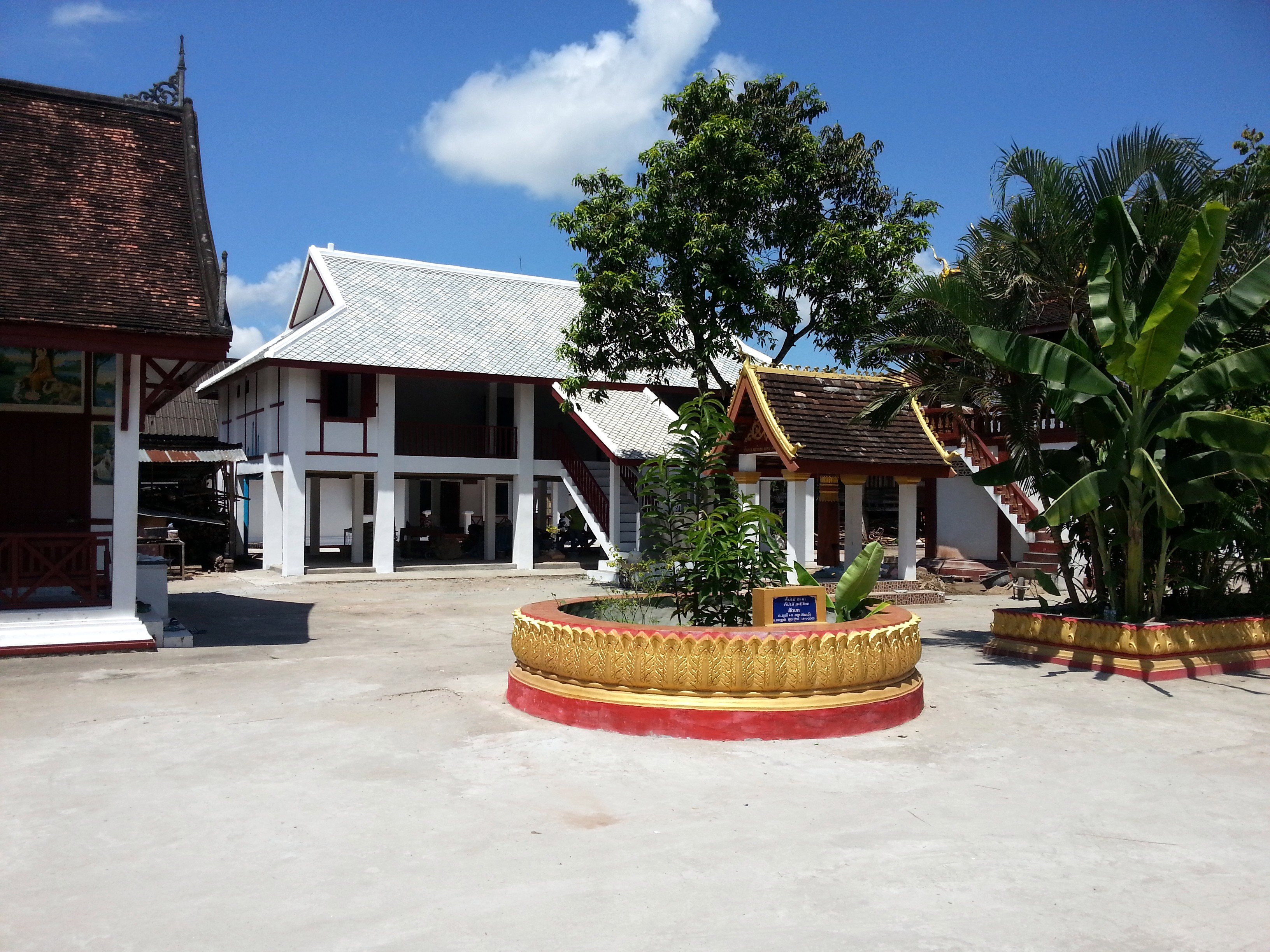 There are many buildings at Wat Manorom most of which serve a functional purpose as living quarters for the monks. Wat Manorom also has a primary school on its grounds, making the temple one of the centres of ecclesiastical education in Luang Prabang. Local people from poorer backgrounds in the area often send their children into the monk hood at a very early age so that get fed and educated and Wat Manorom is an important part of this religious social welfare system.

Wat Manorom is located on the Thammamikalath Road in Luang Prabang.