The Avenue Lane Xang is the widest boulevard in Vientiane in Laos. This grand thoroughfare connects two of the city’s most recognisable landmarks with other important landmarks on route. 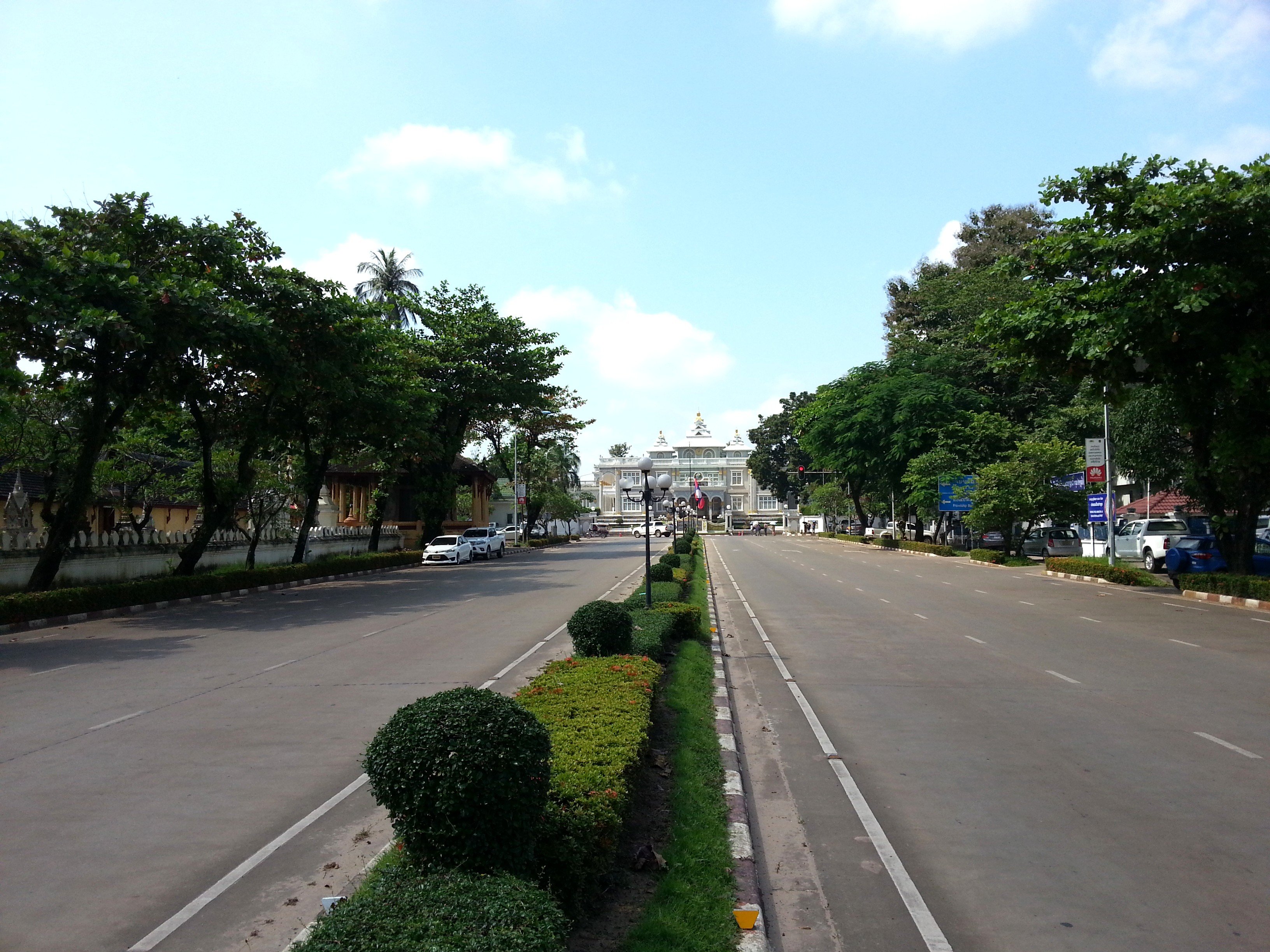 Built by the Royal Laos Government in the period between independence from France in 1953 and the establishment of the Prathet Lao communist state in the 1975, the Avenue Lane Xang is a self-conscious attempt to construct a public urban space on the same grand scale as the country’s former colonial masters achieved with the Avenue des Champs-Élysées in Paris. Although to emphasise its importance as a symbol of Laos as an independent state the road was named Lane Xang after the first incarnation of Laos as a distinct country. The Lane Xang kingdom covered an area roughly contiguous with modern Laos from 1354 to 1707.

About the Avenue Lane Xang 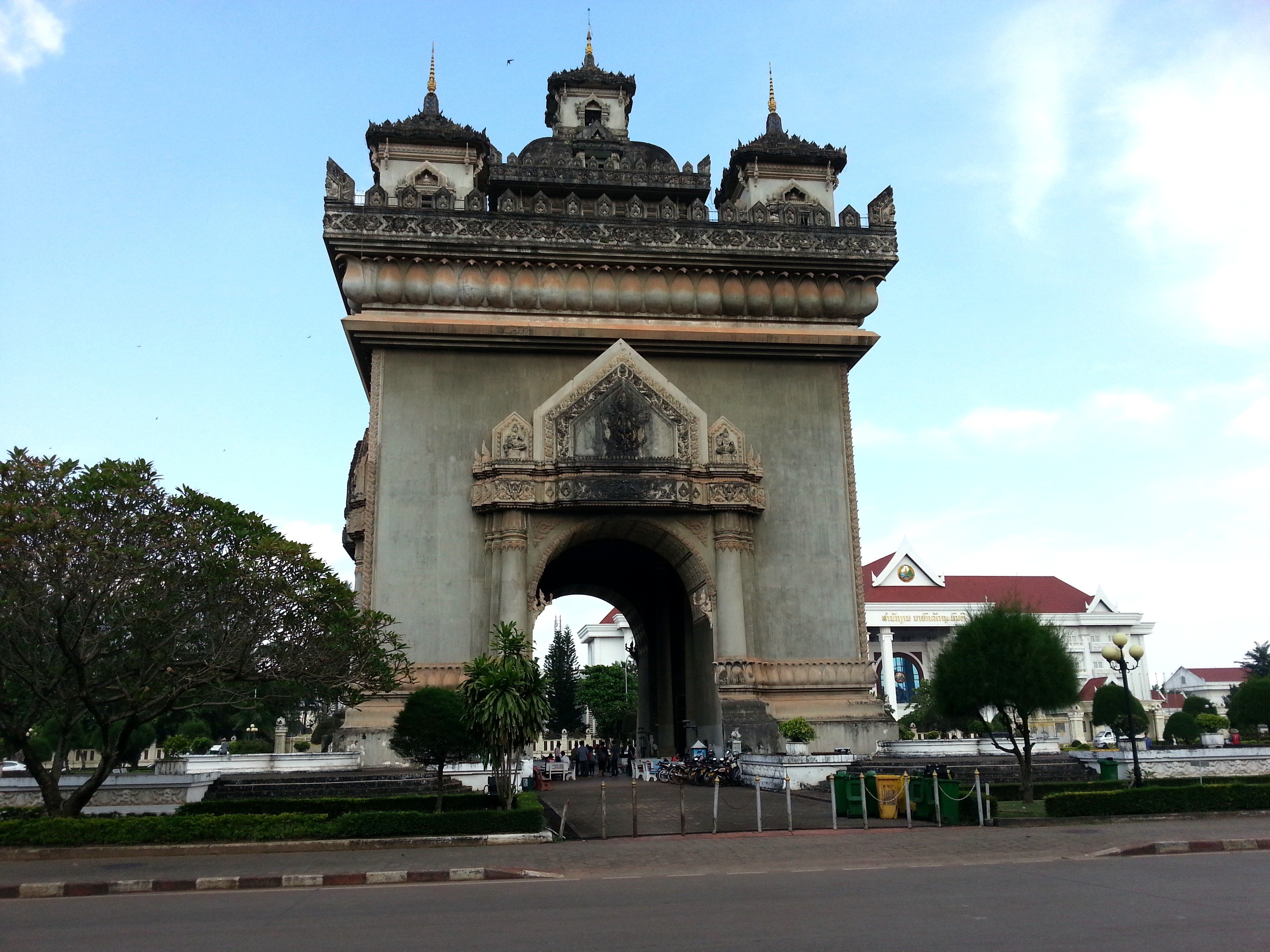 Opposite the Patuxai Monument, also on the Avenue Lane Xang, is another grand building currently used as the Prime Minister’s Office, where the day to day business of the internal governance of Laos is conducted. This building also dates back to the time before the Prathet Lao, with the building originally housing the Royal Laos Government. 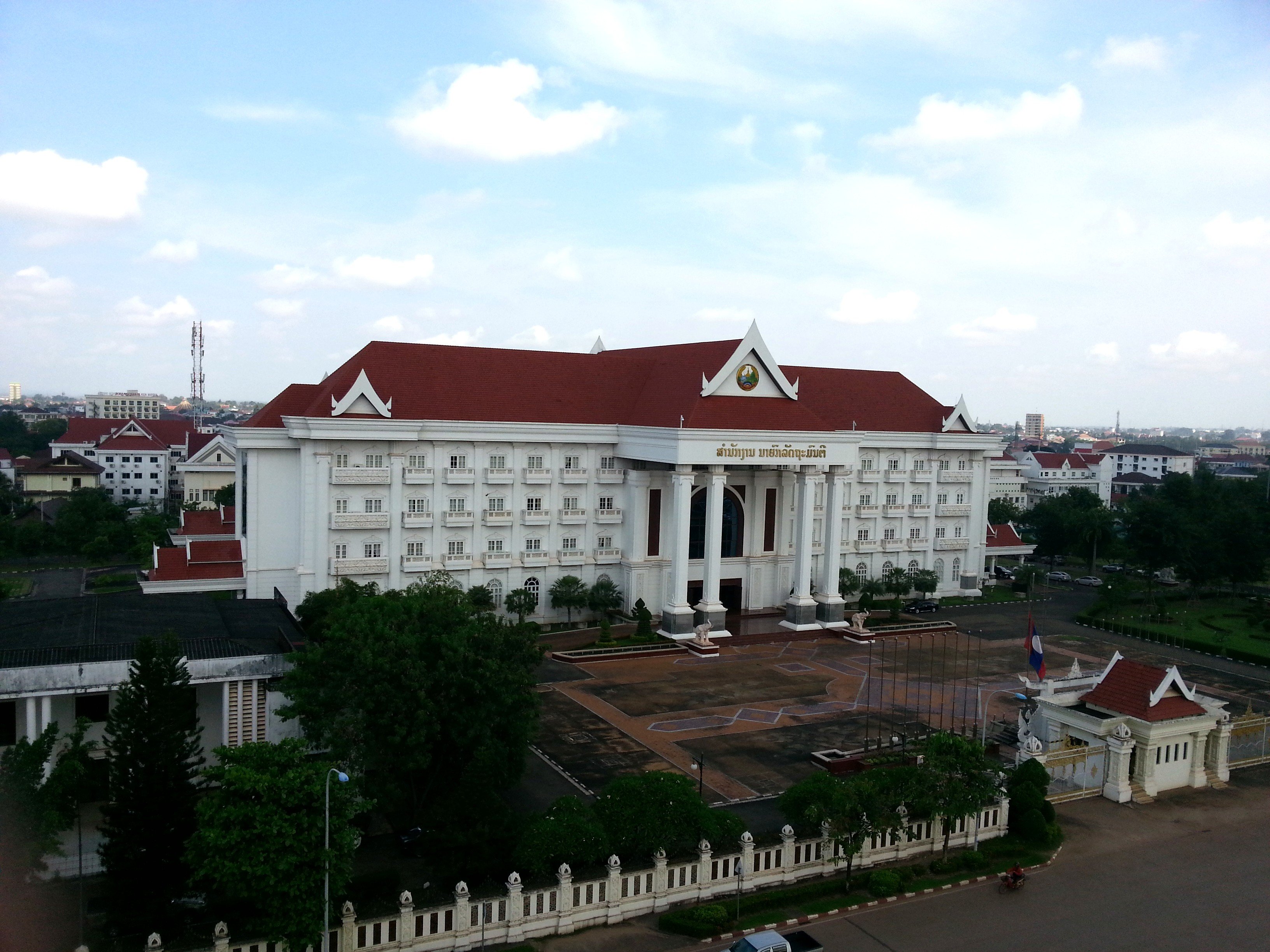 Heading south along the Avenue Lane Xang is Wat Si Sa Ket. Wat Si Sa Ket is one of the oldest buildings in Vientiane having survived the destruction of the city by the Siamese armed forces in 1827, purportedly because of the temple’s Thai style roof making the building in the eyes of the invaders. Wat Si Sa Ket is another important symbol of Lao National Identity having been built during the reign of King Chao Anouvong, whose rebellion against rule by Siam is what in the end caused the Siamese to destroy the city. 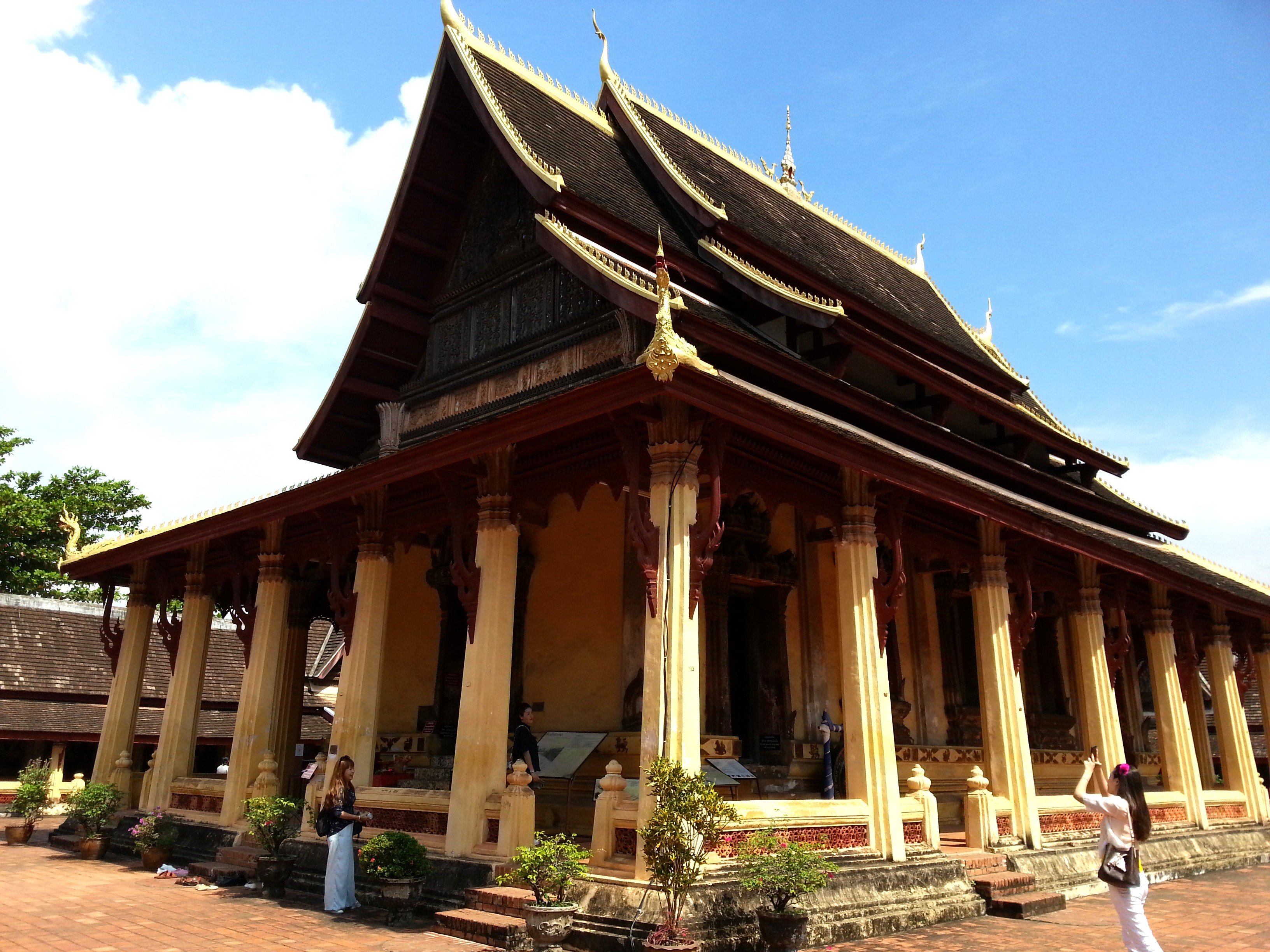 At the very southern end of the Avenue Lane Xang is the Presidential Palace. This very grand French style building was also designed by a Laotian architect commissioned by the pre-communist Royal Laos Government. The Presidential Palace was clearly intended to form an integral part of an overarching plan for the Avenue Lane Xang to connect the Patuxai Monument with the Palace. Construction on the Palace, originally intended to be a royal residence, began in 1973 and was halted by the communist take-over which meant that the vision of the city-planners of the Royal Laos Government was never to be realised during their lifetimes (most did not survive the revolution). The Presidential Palace was only completed in 1986 with the magnificent building now used only occasionally for state functions and closed to the public. 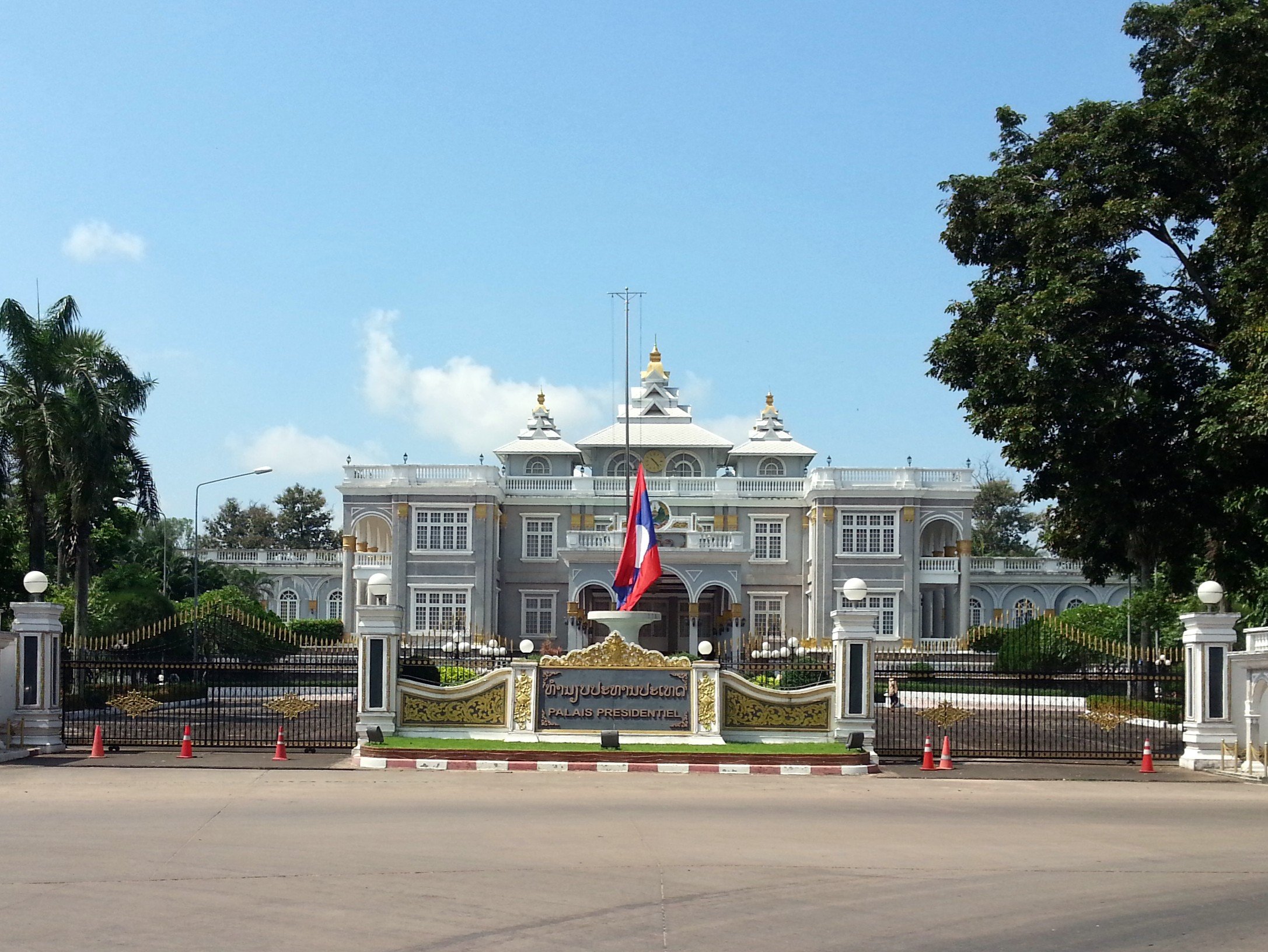 If you visit Vientiane we suggest that you climb the Patuxai Monument and then walk the length of the Avenue Lane Xang, taking time to visit the major attractions on route. The Avenue Lane Xang is perhaps the clearest attempt in any South East Asian city to recreate the grandeur of a major European capital. Whether that’s a good thing or a bad thing, it’s without doubt an interesting cityscape and one which is generally underrated and overlooked.

Location of the Avenue Lane Xang

The Avenue Lane Xang is located in Vientiane city centre.

Next read about the Esplanade in George Town