The only way to travel from Vang Vieng to Vientiane is by road. The distance by road is 144 km which can takes around 4 hours to travel. If you wish to travel by public transport then you have a choice of taking either a bus or a minivan. Travel by minivan should be quicker and less expensive than taking a tour bus service, but also less comfortable.

There are four services a day from Vang Vieng to Vientiane which are available to book online.

Use the Search Form to purchase your bus tickets from Vang Vieng to Vientiane.

Malany Transport minivan services to Vientiane depart from the opposite side of the road to Central Backpackers in Vang Vieng town centre.

About the Patuxai Monument

The Patuxai Monument is located in the centre of a small well kept park ,with ponds and fountains, in the very centre of Vientiane at the end of a Parisian style grand boulevard called Lang Xang Avenue. Patuxai means ‘Victory’ and the monument is known locally as Victory Gate. The Patuxai Monument was commissioned in 1956 (but not completed until 1968) by the new government of Laos which had attained independence from France in 1954. The choice of design of the monument is itself a statement; the Patuxai Monument in many ways resembles the Arc de Triomphe in Paris, but incorporates many Laotian design features. Unlike the Arc de Triomphe the Patuxai Monument has four gates, rather than two, aligned with the cardinal points on a compass. The Patuxai Monument also has five towers to represent the five key principles of Buddhist belief and the ‘Five Principles of Peaceful Coexistence’ which included in the 1954 peace treaty between India and China and popular amongst many post colonial countries in Asia at the time as a model for international relations. The Patuxai Monument is a grand building intended not only to be a permanent reminder of the Laotian journey to independence (a journey which some believe is yet to be completed) but also to symbolise grand notions of how Laos should interact with the rest of the world as an independent country. 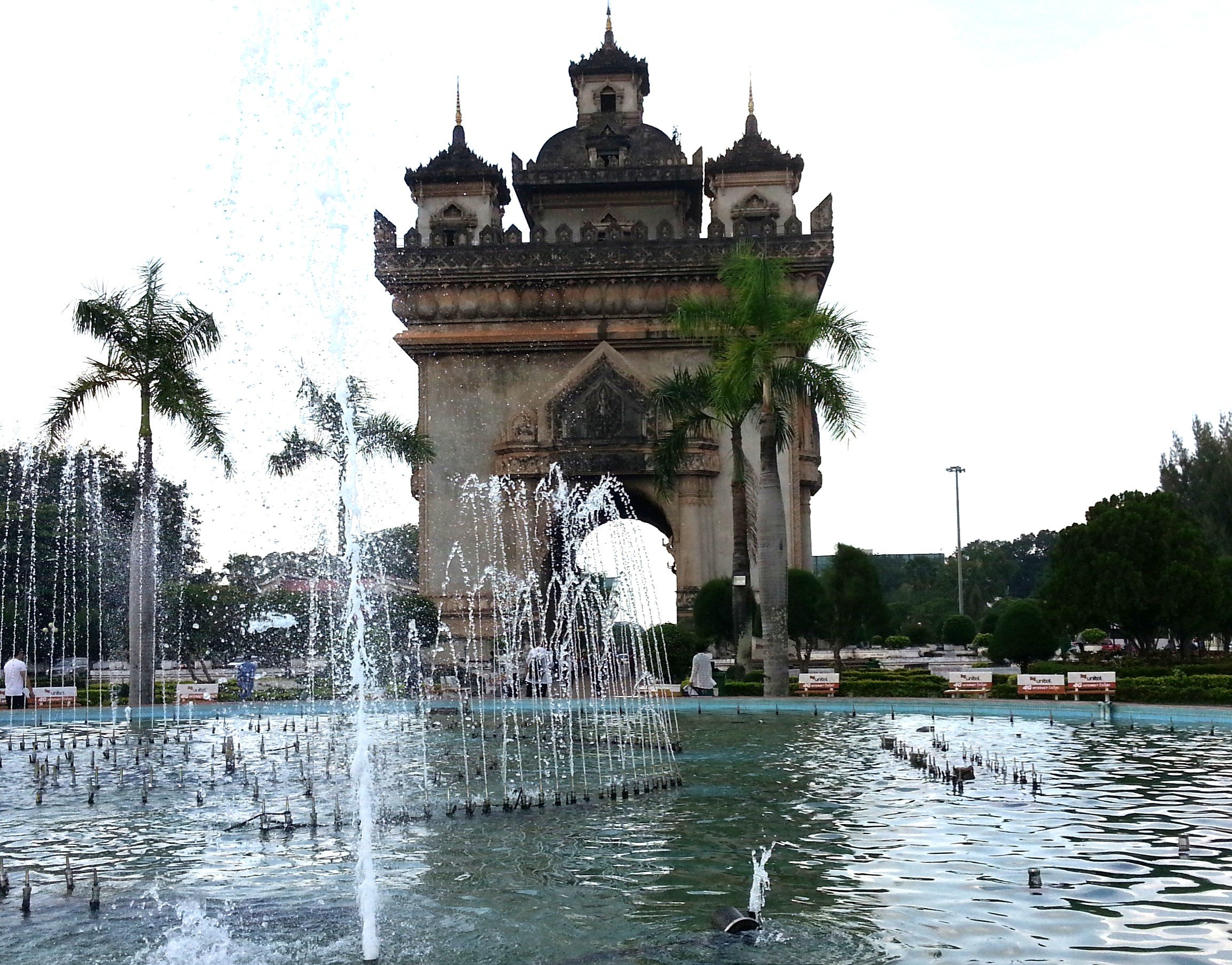 You can go inside Patuxai Monument. It has 7 floors with shops and offices on the first. The middle floors house a museum. The interior of the monument is elaborately decorated in style again reminiscent of a French palace but with distinctive Laotian designs and worth visiting. If you want to go inside the monument it will cost you 5,000 kip ($0.59 USD) and opening hours are from 08:00 to 16.30 from Monday to Friday, and from 08:00 until 17:00 on Saturdays and Sundays.

Next read about Travel from Vang Vieng to Bangkok