It takes 27 hours 30 minutes to travel by bus from Luang Prabang to Hue. The alternative to travelling by bus is to fly from Luang Prabang to Hanoi and then to take a train from Hanoi to Hue, which is a total travelling time of 14 to 16 hours not including waiting times for connections and the time its take to travel between the airport and train station in Hanoi. Overall the journey by plane via Hanoi is unlikely to be a lot quicker than simply taking a direct bus and a lot more expensive.

There is a single daily bus service from Luang Prabang to Hue which you can book online.

Use the Search Form below to buy your bus tickets from Luang Prabang to Hue.

Bus services to Hue depart from the Tourist and International Bus Station which is on the opposite side of the road to the Southern Bus Terminal in Luang Prabang. 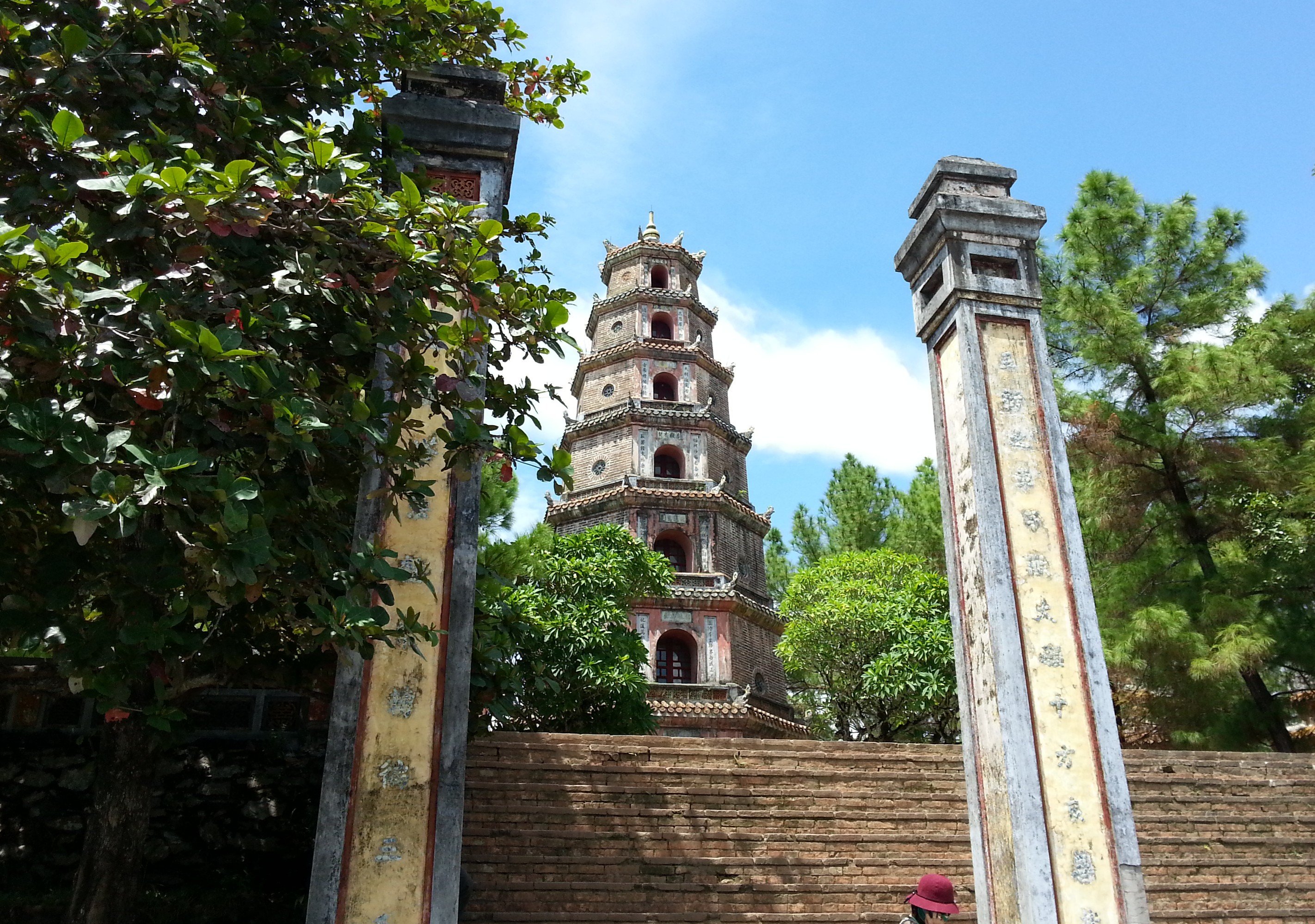 The second must see attraction in Hue is the Tomb of Khai Dinh, who was one of the Emperors of Vietnam. The tomb is located on a hillside with a grand staircase, with large landings, leading up to the Thien Dinh Palace where the Emperor’s body is entombed in a fantastically ornate crypt. Emperor Khai Dinh was largely despised by his subjects whose taxes who he raised by 30% to pay for the tomb’s construction and the import of metal and glass work from France to place in the crypt. The third really great attraction in Hue is the Thien Mu Pagoda, which is also known as the Pagoda of the Celestial Lady. The pagoda itself has 7 storeys and is located by the Perfume River. There are lots of local legends about the pagoda which has also played an important part in the country’s political life during the 20th Century as a rallying point for dissent against the former Government of south Vietnam prior to reunification.

Next read about Travel from Chiang Mai to Luang Prabang