There are two direct bus services a day from Pakse to Vientiane which are available to book online.

Use the Search Form to purchase your bus tickets from Pakse to Vientiane.

Naga Travel services to Vientiane depart from in front of the Lankham Hotel on the 13th Street in Pakse.

Both bus services from Pakse terminate at the Southern Bus Terminal in Vientiane.

Pha That Luang, or the ‘Great Stupa’, is located near the city centre in Vientiane. This is an important structure which is considered to be the national symbol of Laos. Pha That Luang consists of a three level tower rising into a sharply pointed pinnacle the top of which is 45 metres from ground level. Pha That Luang is open to visitors from 08:00 to 12:00 and then from 13:00 to 16:00 every day of the year and entrance into the central part of the temple complex containing the Great Stupa costs 5,000 kip. 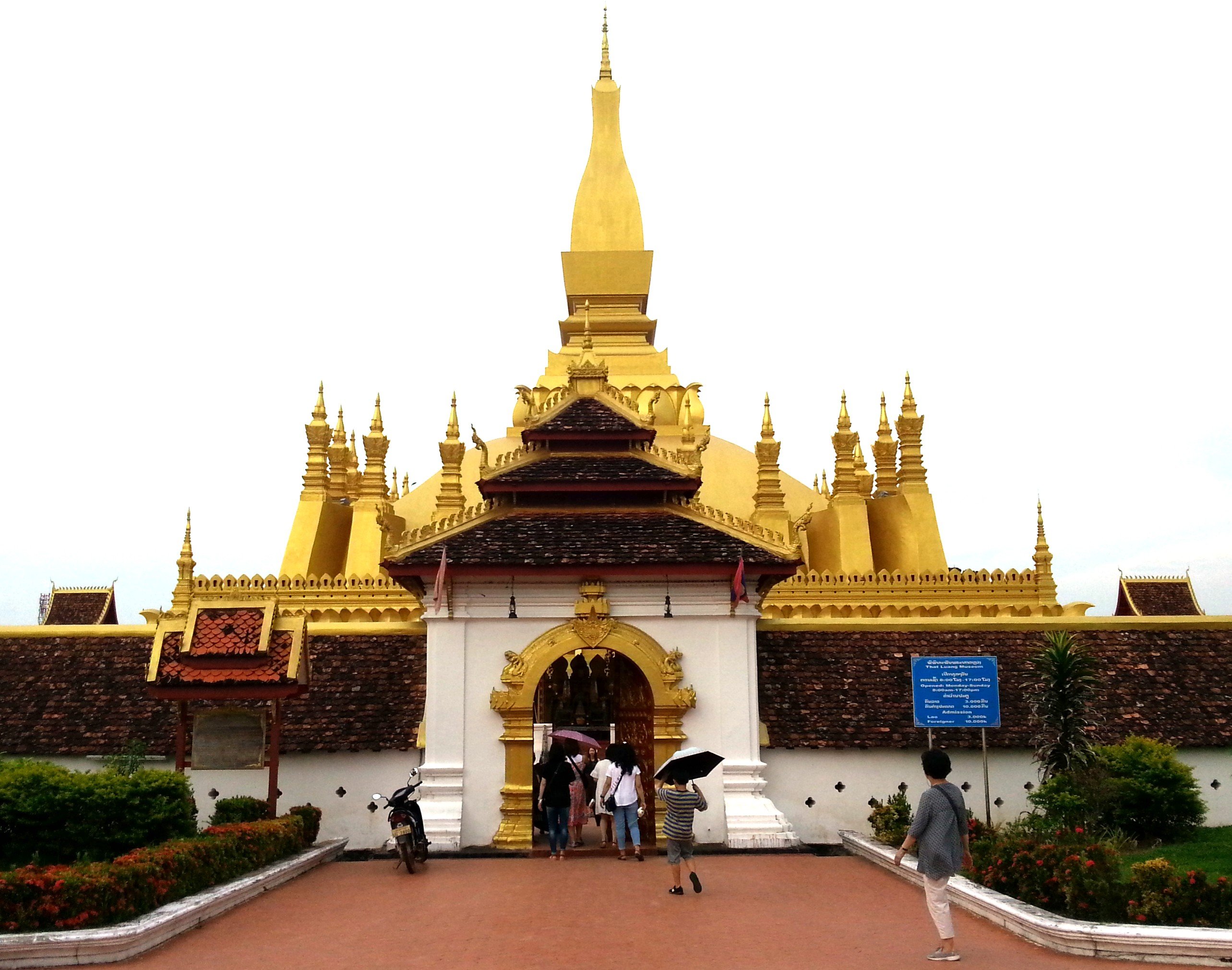 Wat Pha That Luang in Vientiane

Pha That Luang was initially built in 1566, and then virtually destroyed in 1828 by an invading army from Thailand, who took away the large amount of gold leaf which originally covered the Great Stupa. The structure was subsequently reconstructed in 1930 under the patronage of the French Colonial Government. The temple complex which the famous stupa is located is believed to date back between 2,000 and 1,700 years depending upon which of the theories about the origins of the temple you subscribe to. One theory is that the site first contained a Hindu temple in the 1st Century. Another theory is that the temple was first established by Buddhists from India in the 3rd Century who brought an important relic (the Buddha’s breastbone) to Vientiane and a stupa was built where Pha That Luang now stands to house the relic.

Next read about Travel from Bangkok to Vientiane