Buy bus it takes 16 hours 15 minutes to travel 813 km from Vientiane to Don Det in the 4,000 Islands region of Southern Laos. It is not possible to travel direct to Don Det from Luang Prabang or Vang Vieng by public transport, you first need to go to Vientiane to get a bus or minivan to Don Det.

There is a single bus service a day from Vientiane to Don Det which is available to book online.

Use the Search Form to purchase your bus tickets from Vientiane to Don Det.

Bus services to Don Det depart from in front of the Khop Chai Deu Restaurant on the Rue Setthathilath in Vientiane. 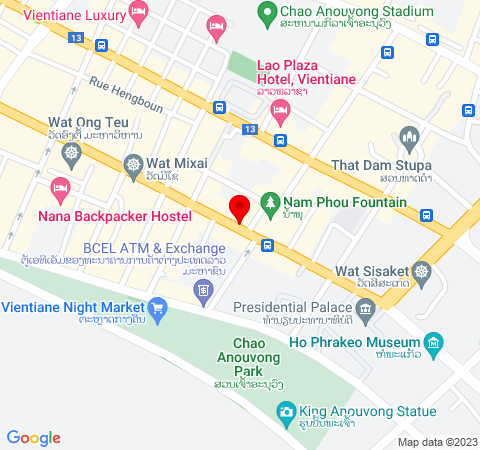 Bus Services from Vientiane terminate at the 4000 Islands Naga Travel Office at the north end of Don Det. 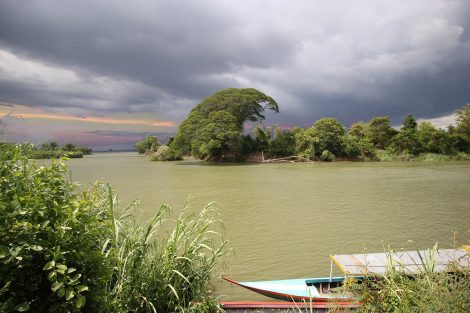 Of the three main islands where people tend to stay in the Si Phan Don area, Don Det is the most popular with younger travellers. The atmosphere is very much like it was in Vang Vieng before the Laotian authorities decided to regulate the area. Don Det is an island which you need to take a boat to and, whilst it now has 24 hour a day electricity, it still has no hospital, police station or ATM machines. The accommodation on the island is very basic and the food is not particularly good. There are however plenty of things to do there and its a popular destination. You can party hard in the evening, eat pizzas and shakes which will make you feel ‘happy’, float around in the river in a large rubber tube, visit waterfalls, take boat trips to try and spot the elusive Irrawaddy dolphins which will be trying their best to avoid human contact, or cycle over the bridge connecting Don Det to the larger island of Don Khon to the south, which tends to attract older travellers and has better hotels. Alternatively, you can spend a few days doing the most popular activity in Don Det which is lying a hammock staring at the very picturesque Mekong River flowing past your bungalow.

Next read about Travel from Siem Reap to Don Det