The Chao Anouvong Statue is located in Chao Anouvong Park on the riverfront road in Vientiane. The statue faces the river and is near the area where Vientiane Night Market is held. 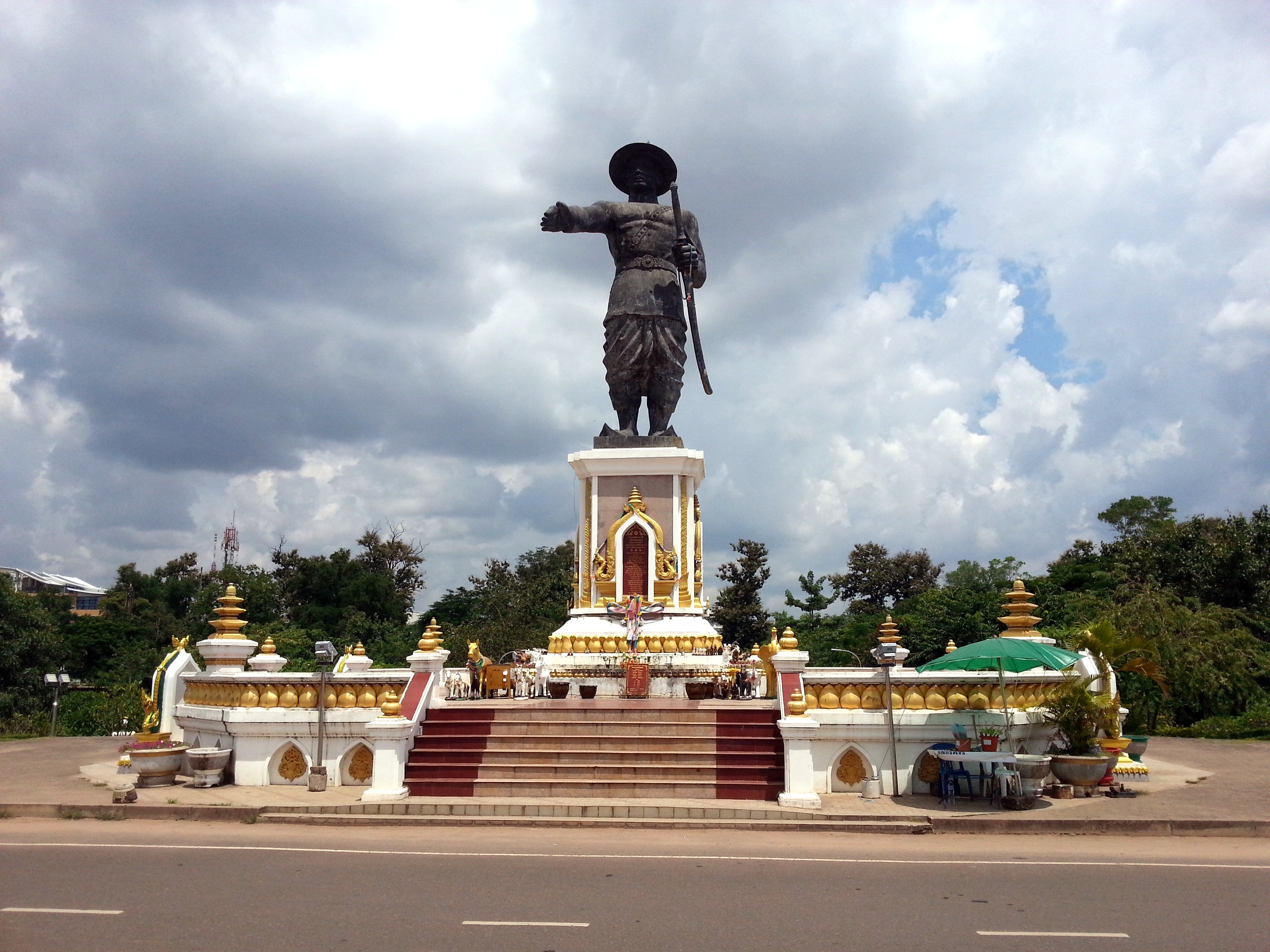 The Chao Anouvong Statue was erected in 2010 to mark the 450th Anniversary of the founding of the city of Vientiane.

Chao Anouvong was King of Vientiane from 1805 to 1828. At the time Laos was split into three separate Kingdoms (Champasak, Vientiane and Luang Prabang) all three of which were under the control of neighbouring Siam. 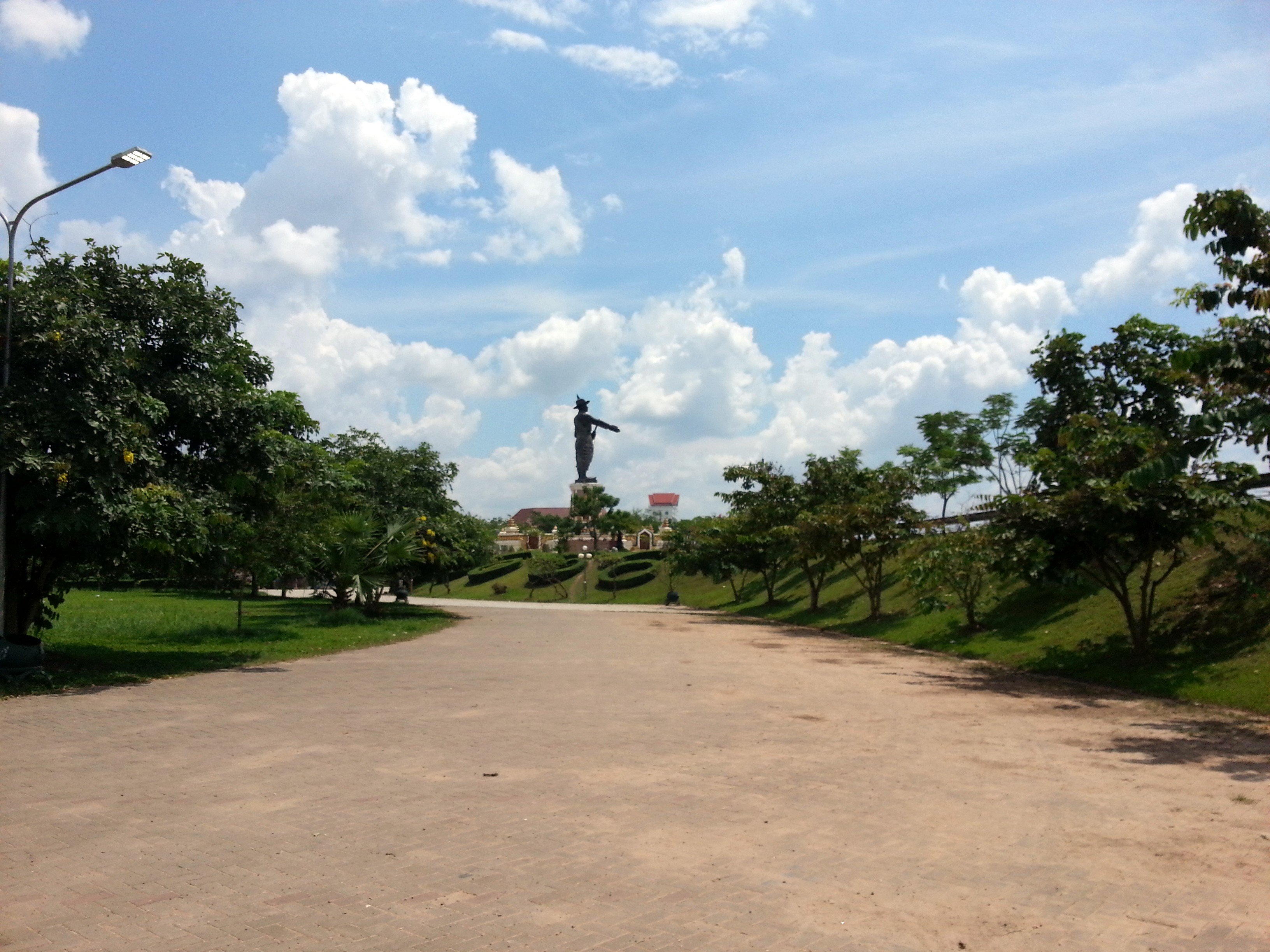 The statue is in Chao Anouvong Park

From an early point in his reign King Chao Anouvong showed the signs of discontent with Siamese rule. His discontent manifested itself in largely symbolic acts such as the construction of Wat Si Sa Ket which was aligned so that visiting subjects turned their back to Bangkok when they came to pledge allegiance to the King of Vientiane. 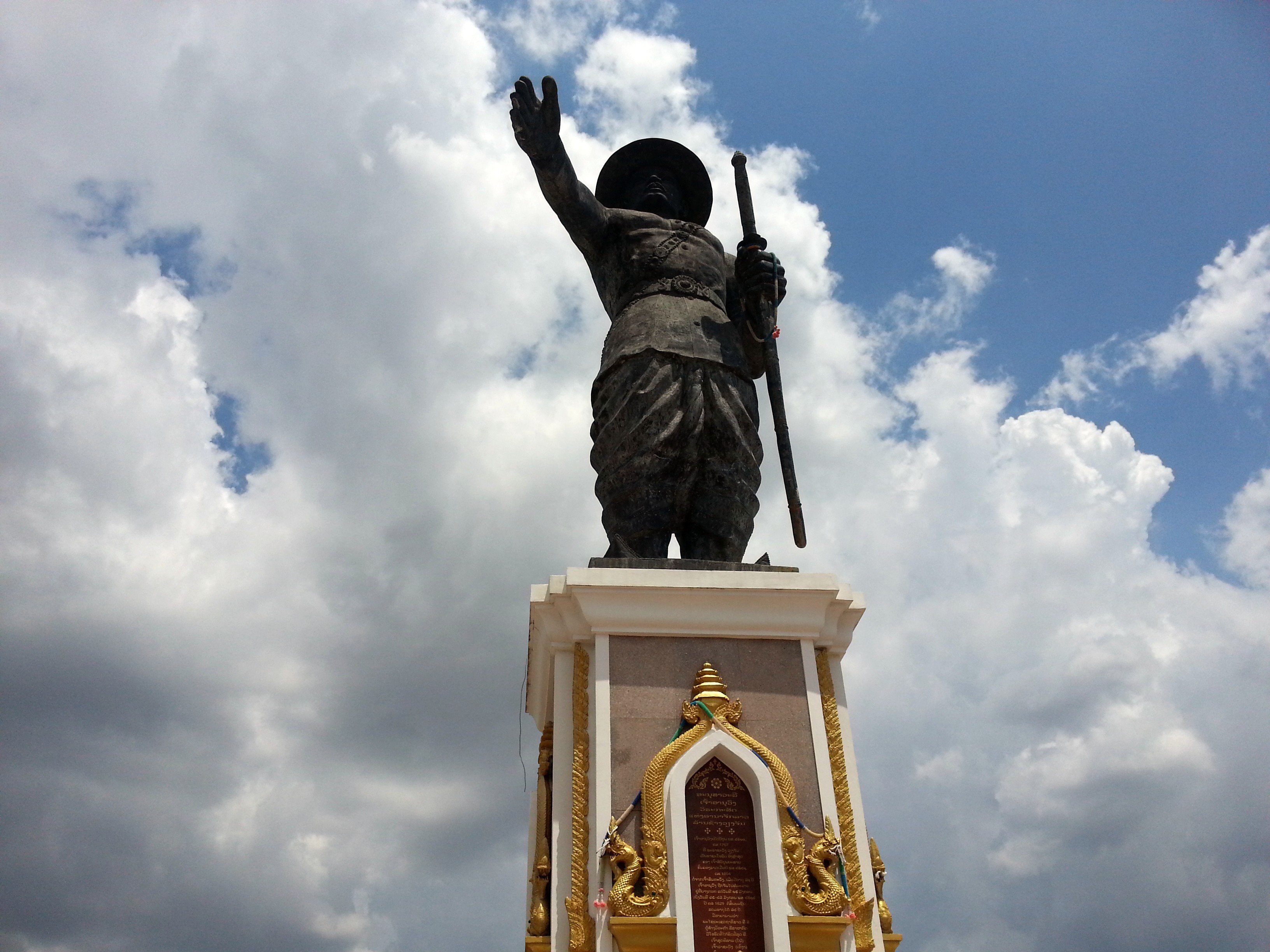 Matters came to head after the succession of King Rama III to the throne of Siam. The new King of Siam set about enforcing a more strict and brutal set of policies in relation to the three Laotian Kingdom and towards Lao people in Thailand. These policies including identifying Lao people in Thailand by tattooing them and openly insulting Chao Anouvong’s son. In 1826 King Chao Anouvong started an armed rebellion against Siam in the mistaken belief that foreign powers such as the British Empire and the Burmese were about to invade Siam. They didn’t and the rebellion turned out to be a huge strategic blunder that resulted in Vientiane being pretty much entirely destroyed by Siam soldiers who invaded in 1828. King Chao Anouvong was captured and brought to Bangkok where he was displayed in a large cage until he eventually died. Nonetheless, King Chao Anouvong is credited with creating a distinctive national identity for Laotian people as a consequence of his struggle and is revered as the founder of the modern state of Laos.

Location of the Chao Anouvong Statue

The Chao Anouvong Statue is located on the Sithane Road in Vientiane.

Next read about Jimmy Choo and Muntri Street