Cost of living in Laos

It is cheap to stay in Laos, but not as cheap as it was at the end of the 1990s. Laos has come a long way in terms of economic development in the last 20 years and prices have crept up, particularly in Luang Prabang which has become a major tourist destination. Things cost about the same, or just slightly less than they do in neighbouring Thailand and more than in Cambodia or Vietnam. If you plan to return for a visit to Laos having previously been there 10 or more years ago you are likely to be surprised by the change in prices.

Calculating average incomes in South Asia is difficult and there are a number of competing methodologies for making those calculations which is why you read lots of different estimates of what people earn in Laos and other South East Asian countries. There is a high level of inequality of wealth in South East Asia and dividing the overall income of a country (its GDP) is a very poor way of calculating how much most people earn because South East Asian economies tend to have a very small number of people with vast wealth and a very large number of people living on or below the poverty line. It is doubtful that most statistical models even take account of the large populations in South East Asia surviving outside the mainstream economy. The statistics about income below are, therefore, to be taken as indicative rather accurate facts. 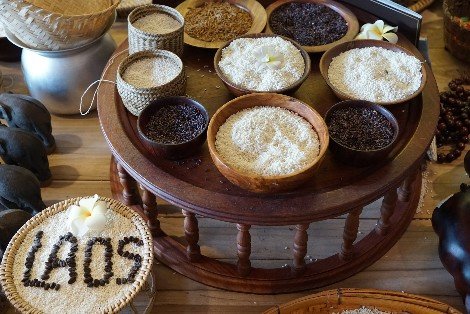 Laos is one of the cheapest countries in South East Asia

Cost of Accommodation in Laos

It costs around $470 USD per month to rent a 1 bedroom apartment in Vientiane city centre. Outside of Luang Prabang in the cheapest and most basic hotels expect to pay around $5 a night for a fan room and $7 to $10 for a room with air-conditioning. For a three star quality room with A/C and satellite TV you will need to pay around $25 per night. In Luang Prabang expect to pay double if you want to stay in or near the historic town centre.

Cost of Food in Laos

Purchased at a shop a 500 ml domestic beer will cost you around $1 USD and $1.8 for a 330 ml imported beer. A meal in a basic restaurant or street stall will cost $1 to $2. A meal in a cheap restaurant or cafe will set you back around $7. A meal in a better restaurant with a foreign menu will cost you $10 to $12 USD per person. When you start eating Western style food or buying foreign beers Laos becomes a lot more expensive than neighbouring countries such as Thailand.

Cost of Transport in Laos

Next read about the Cost of living in Malaysia