Jar Site 2, also known as Hai Hin Phu Salato, is one of three places easily accessible from the town of Phonsavan where visitors can go to see the mysterious stone jars after which the Plain of Jars is named. 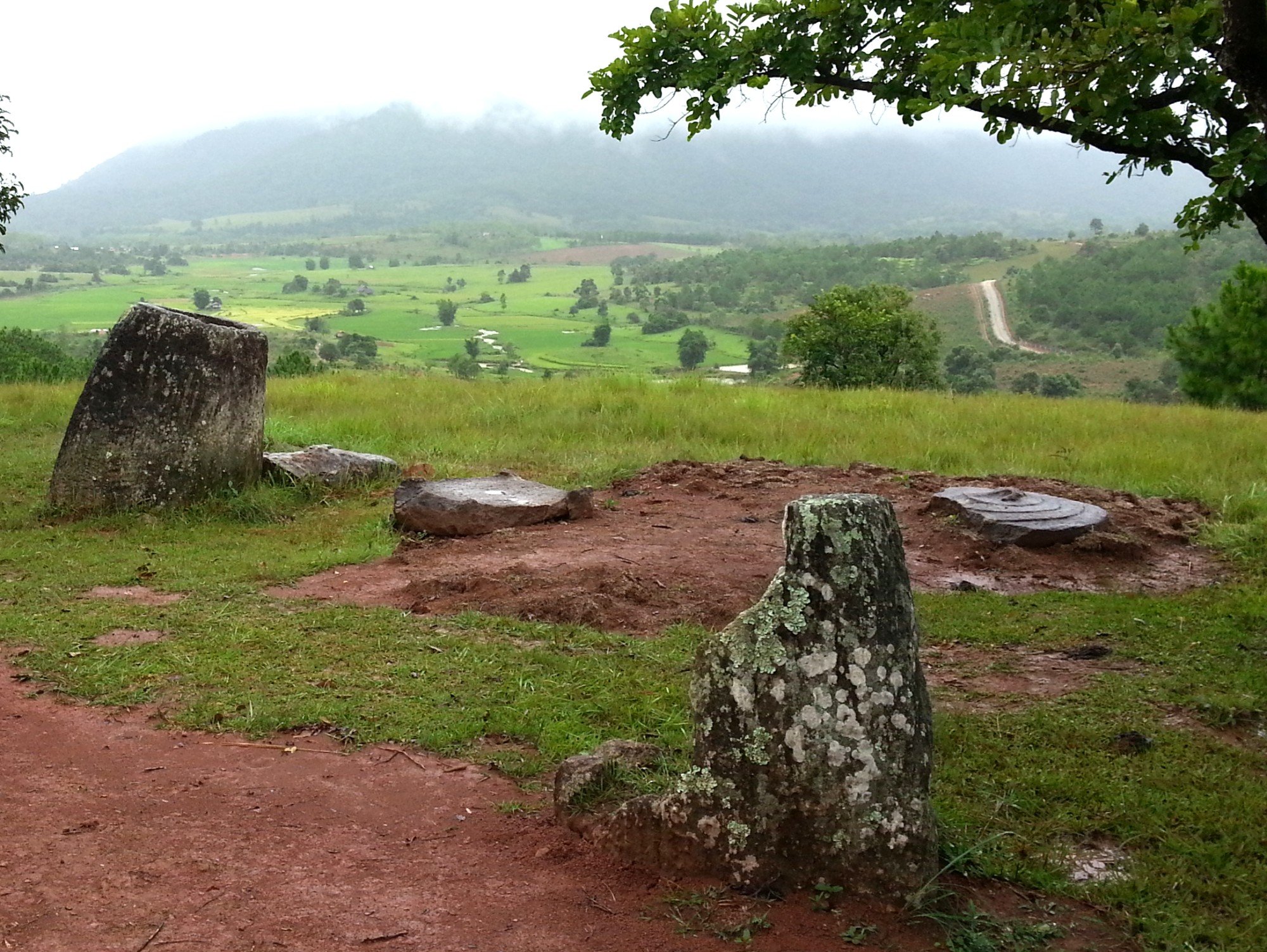 Jar Site 2 near Phonsavan in Laos

Jar Site 2 is considerably smaller than Jar Site 1, which gets the most visitors, but for many people who visit the three main sites Jar Site 2 is the one they enjoy going to most because of the setting in which the stones are located.

To get into Jar Site 2 you need to climb over a stile. The site is home to a lot of cows and there is a fence around it to stop the cows wandering off into other fields. Bear in mind that the whole area of the Plain of Jars was very heavily bombed by the American Air Force during the 1960s and 1970s and there are hundreds of thousands of live unexploded bombs in the area waiting to be trodden on by unsuspecting people or cows. 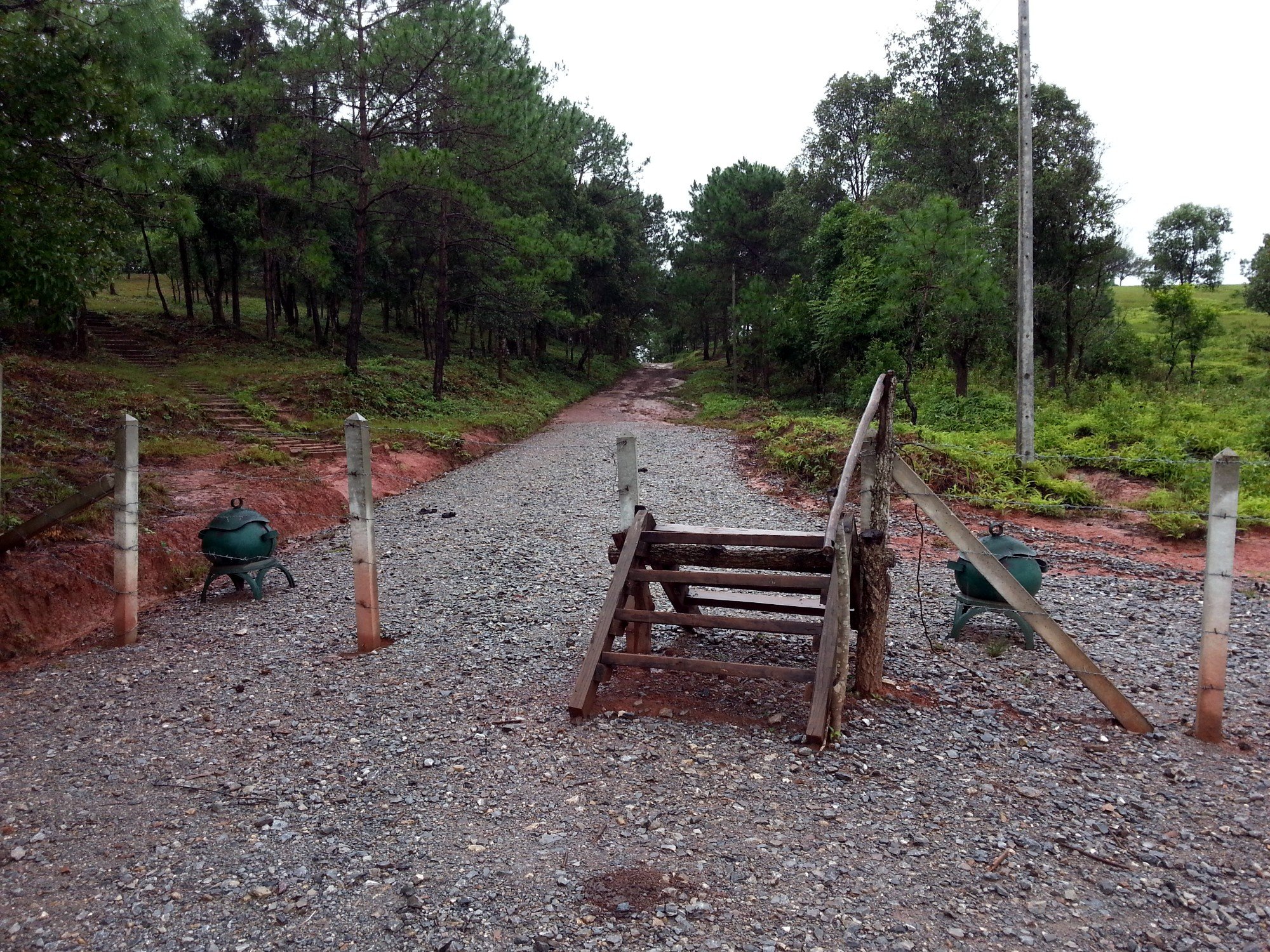 Jar Site 2 features two clusters of jars. Most visitors go first to the cluster on the left after you climb over the stile. There are a stone steps leading up from the path into a wooded area on top of a hill where the jars are located. 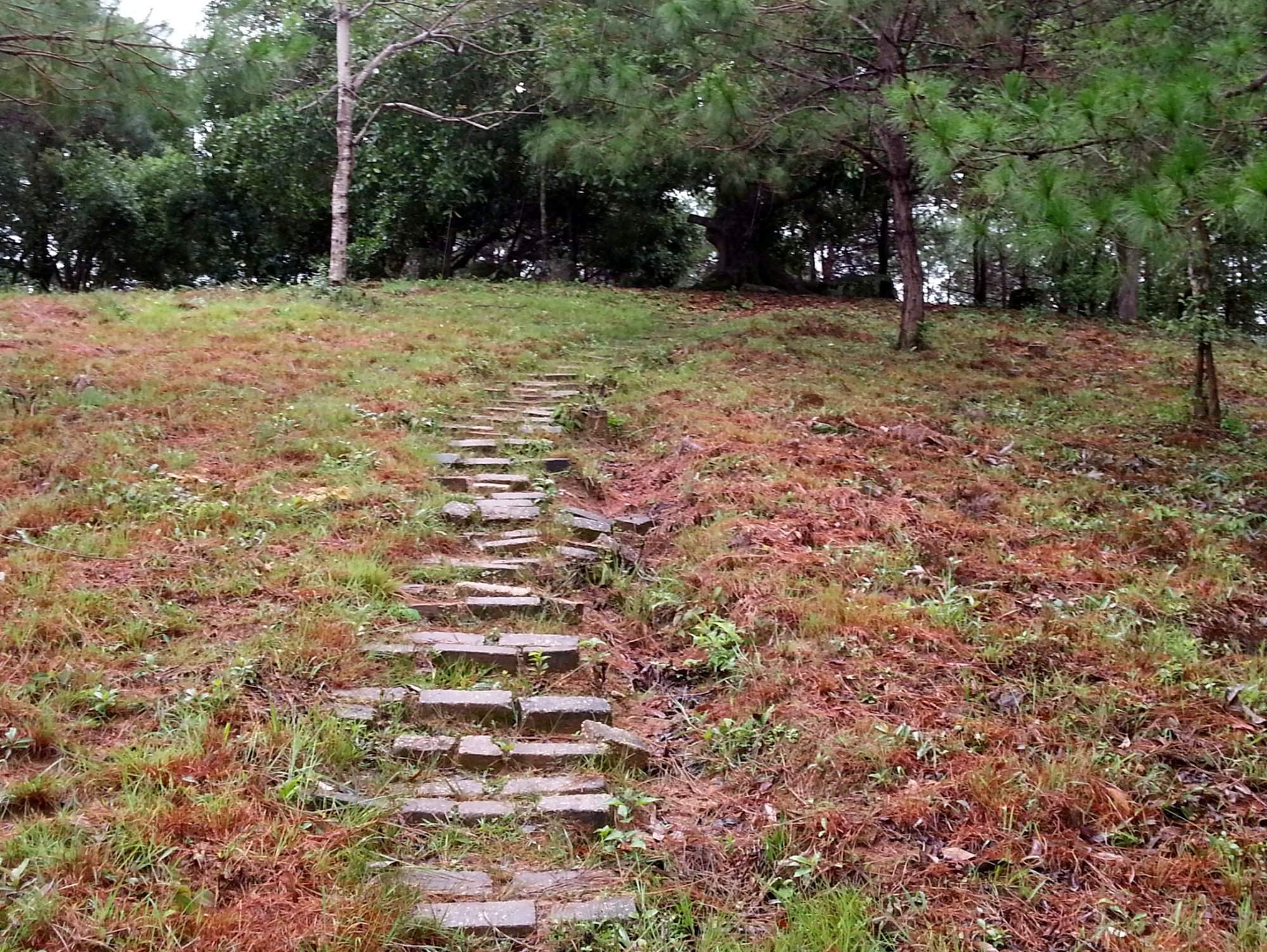 About 5 minutes walking brings you to the first and biggest cluster of stones at Jar Site 2. This part of the site is very atmospheric, with the jars surrounded by trees and the light dimmed by the shade of the tree canopies. 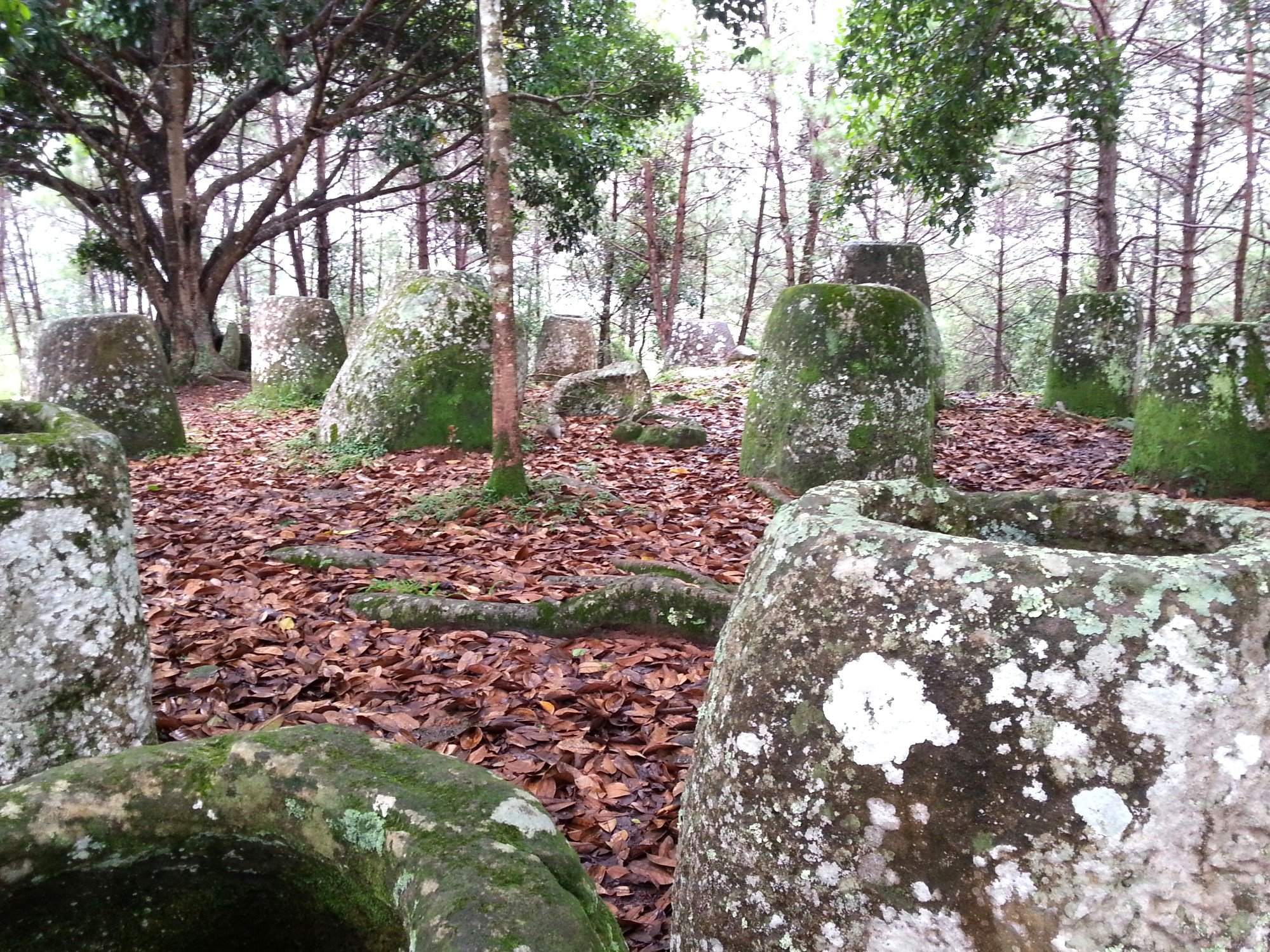 The jars in the wooded area of Jar Site 2 are very closely packed to together. The prevailing theory is that these stone jars where used in a burial process by the people who lived in the area over 2,000 years ago. It is unclear whether there were trees in this location when the stone jars were in use, but the location on top of a hill is something this cluster has in common with the other jar sites across the Plain of Jars.

Jar cracked by a bomb at Jar Site 2

Many of stone jars at Jar Site 2 have been cracked or have fallen over as a consequence of the massive American bombing campaign. It is believed hundreds of millions of bombs were dropped across the Plain of Jars in an unsuccessful attempt to stop Pathet Lao and Vietnamese forces taking control of the country. These damaged stone jars are a reminder of both an ancient civilisation and of the destructive power of a more modern civilisation. 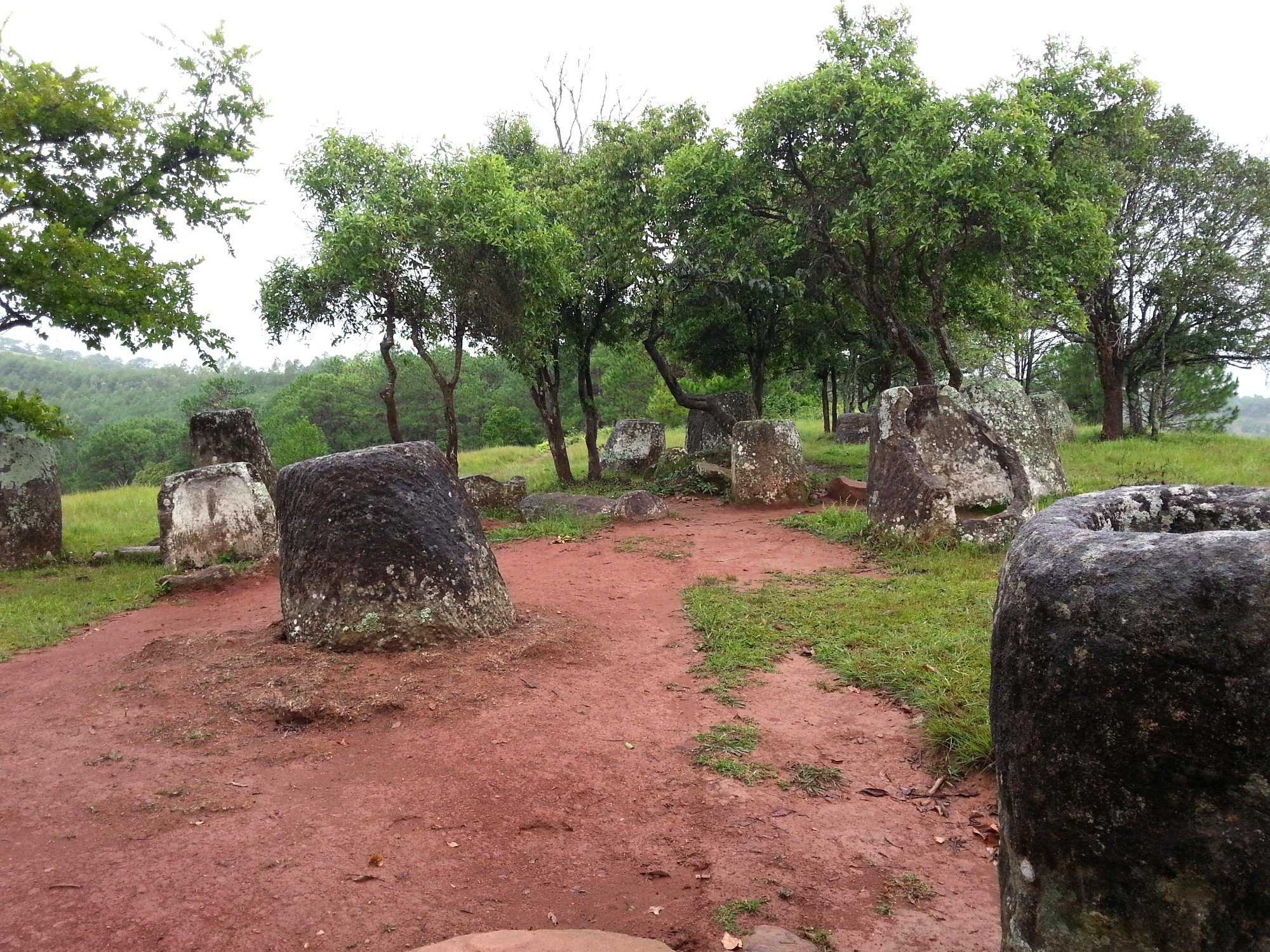 The second and smaller cluster of jars at Jar Site 2 is on another hill which is largely clear of trees. The jars here are more spread out and mostly wider than the jars in the first cluster. The significance of this difference is unknown. If the jars were used in a burial ritual, then the second cluster may have been used in a different stage of the process. 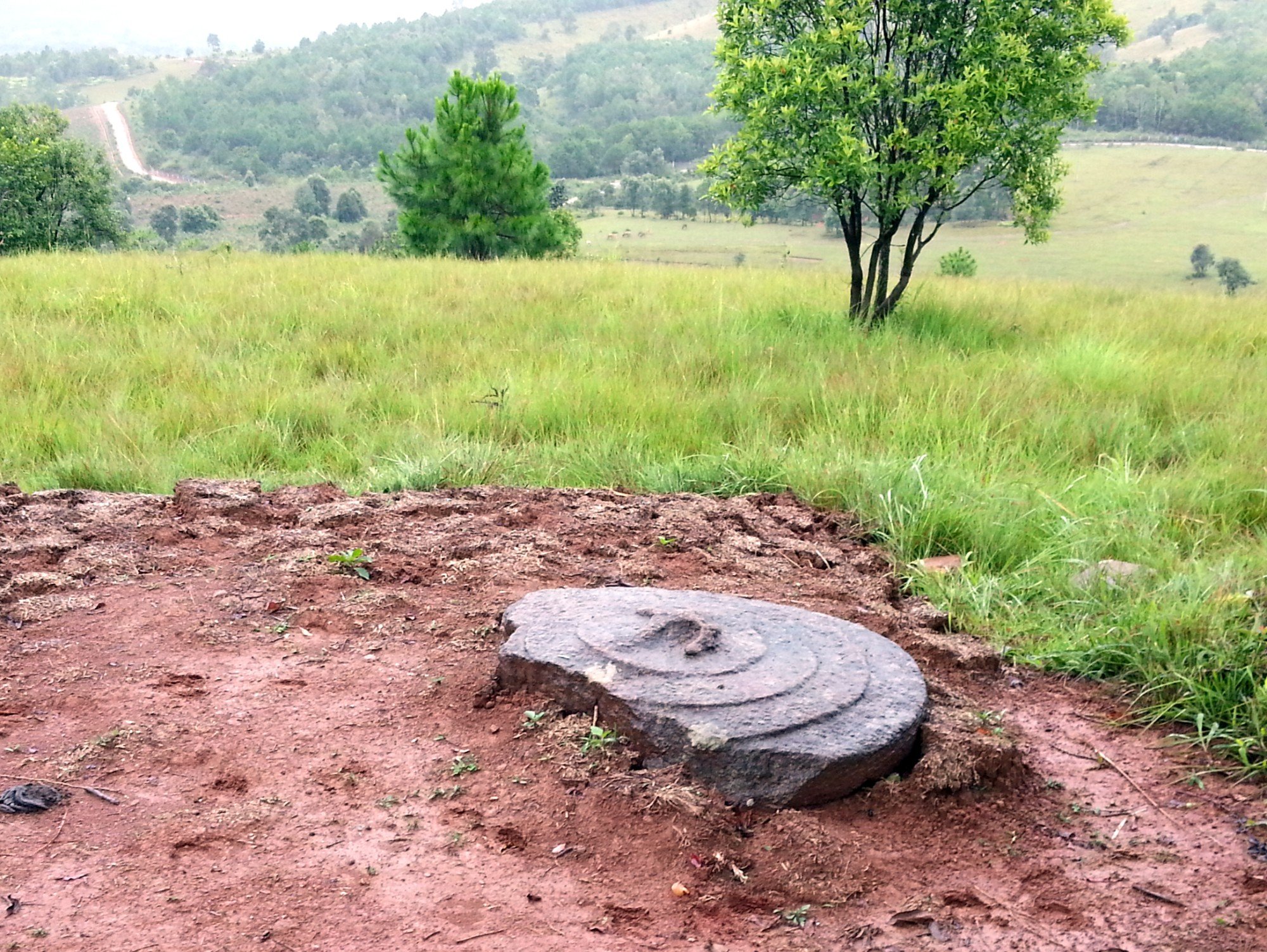 The stone jars at Jar Site 2 have no decorations on them which is one of the reason why establishing exactly what they were used for or who made them is so difficult. The only decorative addition to any of the artefacts at this jar site is a design on a broken disc of the stone lying on the floor. There is much speculation as to what the design represents, possibly a frog, and as to whether the disk is a jar lid or whether it is marker for a grave. 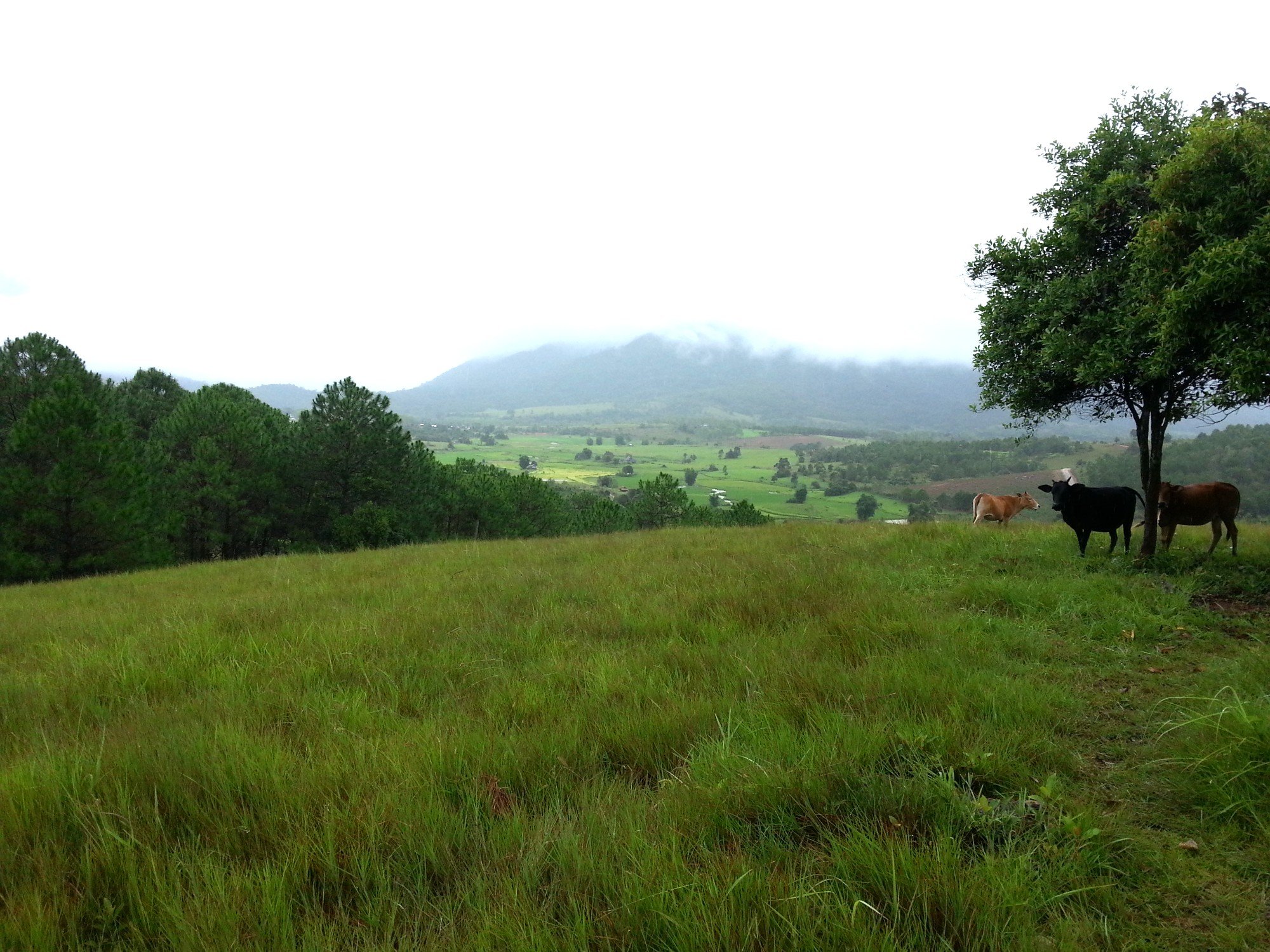 Aside from the jars themselves, one of the major points of interest at Jar Site 2 is the views across fields towards distant hills on the Plain of Jars. The Plain of Jars is a spectacular place in its own right. The surrounding landscape is characterised by steep ridges dropping sharply to valleys with rivers flowing through them creating an environment where life is very tough and local people eke out a living farming a limited range of crops on very steep slopes. The Plain of Jars, by way of contrast, is flat and fertile with more a temperate climate because of the altitude of over 1,000 metres above sea level. Jar Site 2 offers a great vantage paint across a large section of this geographical curiosity.

Next read about Bach Dang Street in Hue