The Lao National Cultural Hall is large government run exhibition hall which opened in March 2000. The construction of the hall was funded by a grant from the Chinese Government which explains why the flag of the People’s Republic of China is flying in front of the hall next to the Lao flag.

About the Lao National Cultural Hall 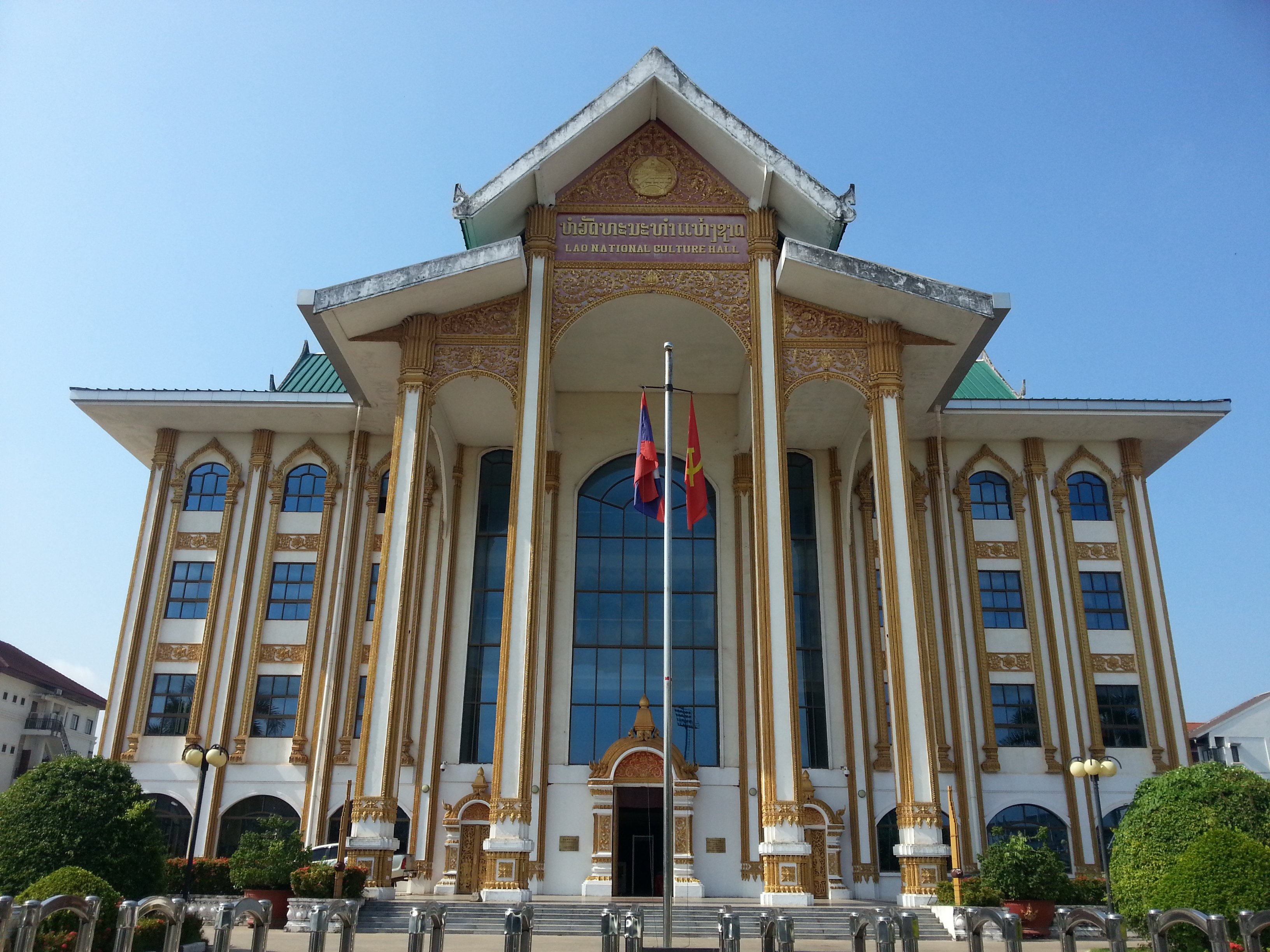 The Lao National Cultural Hall is not open to visitors except when events are being held. The type of events that are held at the hall are generally cultural performance by Laos, Chinese and Vietnamese performances organised by the Lao Government or in cooperation with foreign Embassy missions. The most important event which has been held at the Lao National Cultural Hall to date is the speech given by President Obama on the 5th September 2016 as part of a fringe event coinciding with the ASEAN Summit in Vientiane in 2016. President Obama stressed during that speech that the US had a moral obligation to assist Laos in recovering from the damage done to the country during the conflict with Vietnam when US forces were estimated to have dropped over 200 million tons of bombs on Laos, an estimated 40% of which failed to explode on impact creating on going danger to Lao people across the country more than 40 years later with around 1 person a day in Laos still dying as a consequence of accidentally triggering the explosion of one of these American made devices.

The Lao National Cultural Hall is located on the Rue Nokeokoummane in Vientiane.

Next read about Saigon City Hall