Good points about the Mekong Riverside

The best thing about the Mekong Riverside is it’s location. The hotel is located on the Chou Anou Road. which is a side street off the Quai Fa Ngum. The Quai Fa Ngum is the most lively road in Vientiane and the location of Vientiane’s famous night market. There are lots of good restaurants on both the Chou Anou Road and the Quai Fa Ngum, and its a short walk to some of the most famous landmarks in city such Wat Mixay, Wat Chanthaboury and That Dam. Its also very close to the Mekong River. This is the part of Vientiane where most foreign visitors want to stay. 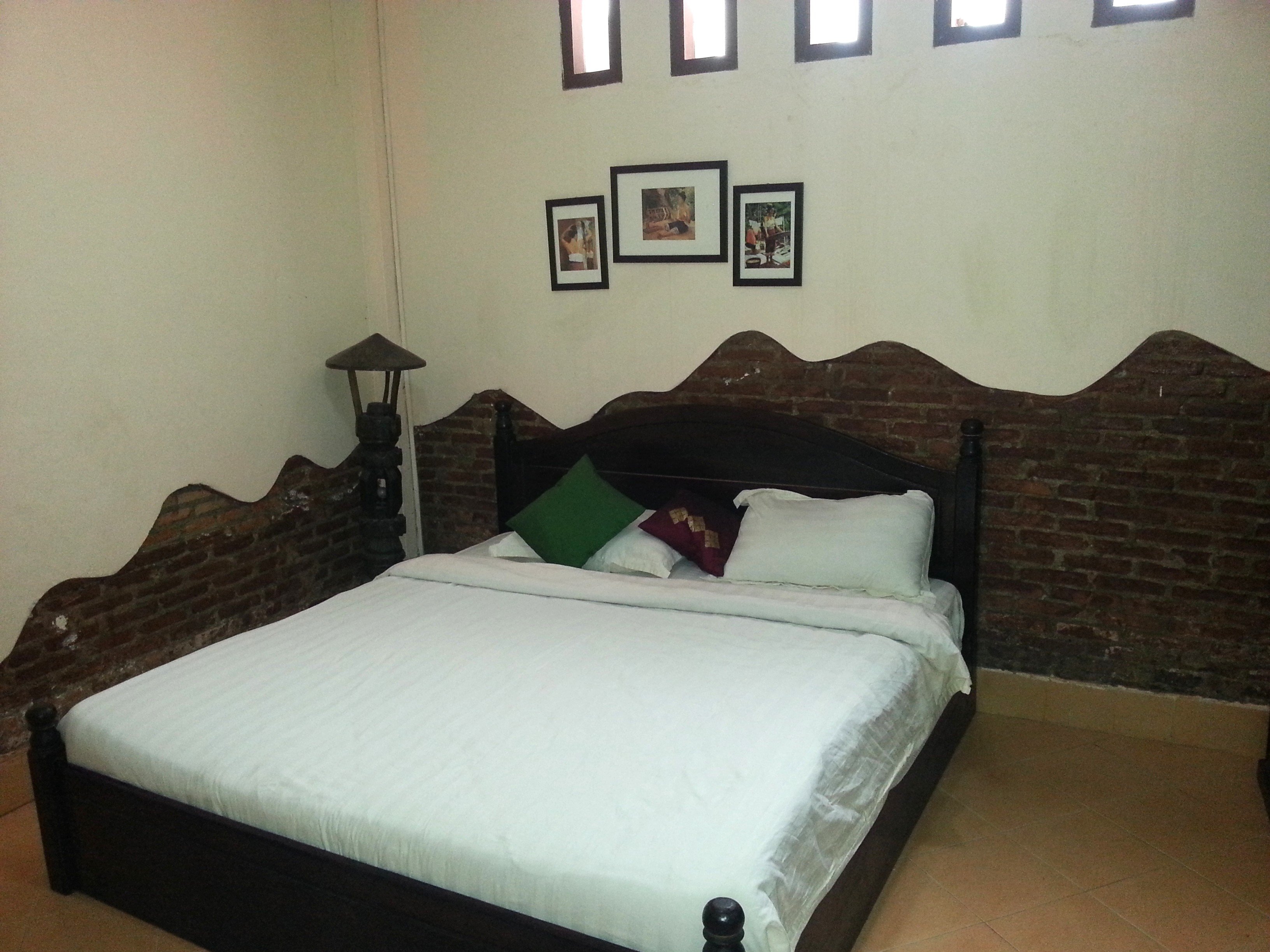 The other big selling point for the Mekong Riverside is that you get a lot for your money. By comparison to other major cities in South East Asia, hotels in Vientiane are not particularly cheap: you get a lot more for your money in Phnom Penh and Hanoi for example. For this reason you would be hard pushed to find a better deal on an air-conditioned room, with en-suite bathroom and satellite TV in Vientiane near to the Quai Fa Ngum.

One word of advice about staying at the Mekong Riverside is that because its such a small hotel you need to go prepared with a map so that you can find the place. Taxi drivers will know the road, but not the hotel. When you go look out for Kheuamai Handicraft. The small entrance to the Mekong Riverside is to the left side of the entrance to Kheuamai Handicraft.

Rooms at the Mekong Riverside

There are several different room types at the Mekong Riverside. The four budget rooms are upstairs. Two of these rooms have no window, and this is the only difference between the other two rooms which have a window. All these four rooms have a double bed, table and chair, fridge, satellite TV, A/C and en-suite bathroom with shower. 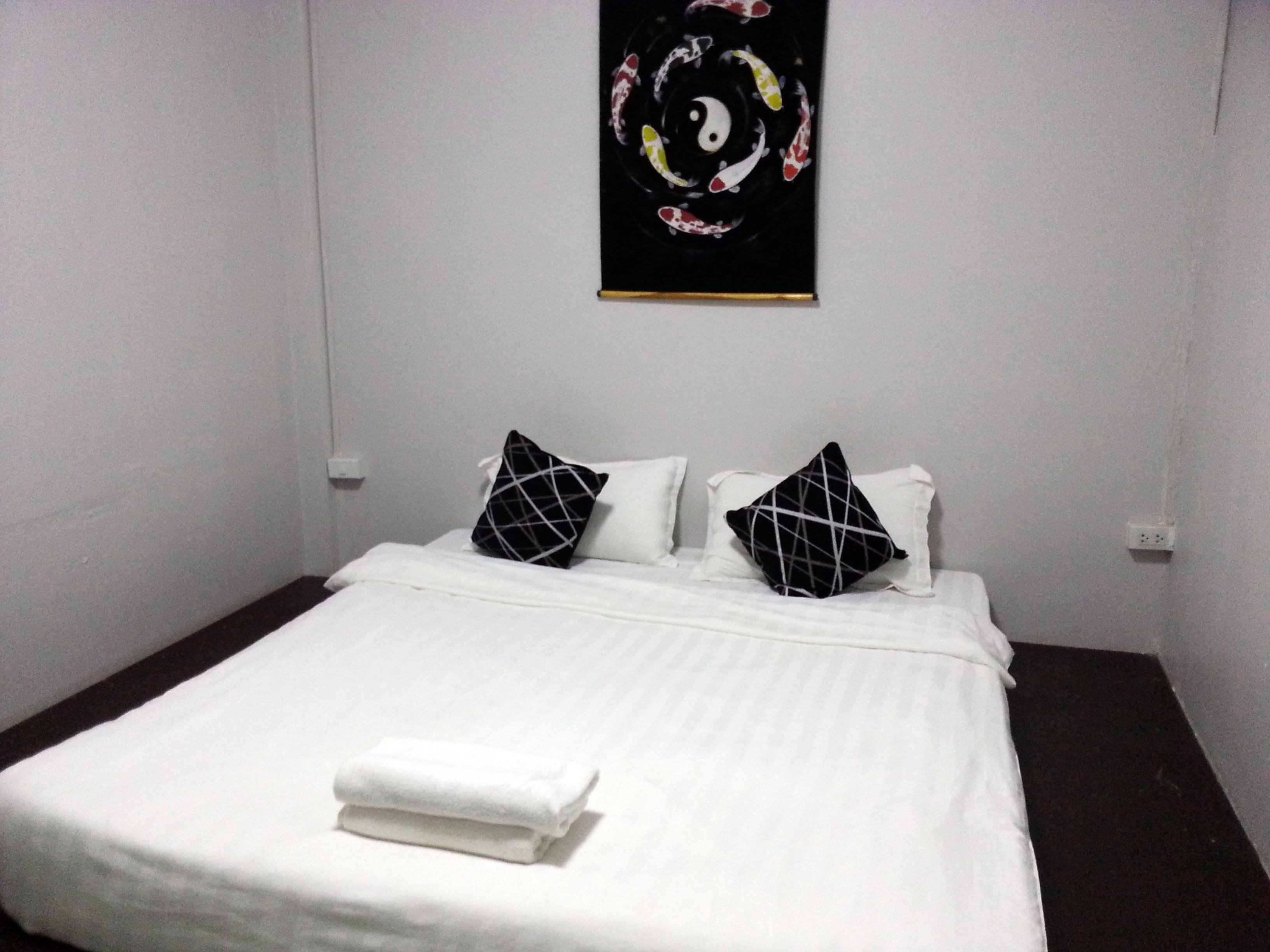 The budget double rooms are small but functional. They are clean and hot water comes out of the shower. The WiFi speed is good also. I stayed by myself in the budget room and that was fine. If I had shared the room with someone else I would have chosen to spend a bit more and booked into one of the two ‘big double rooms’ on the ground floor. 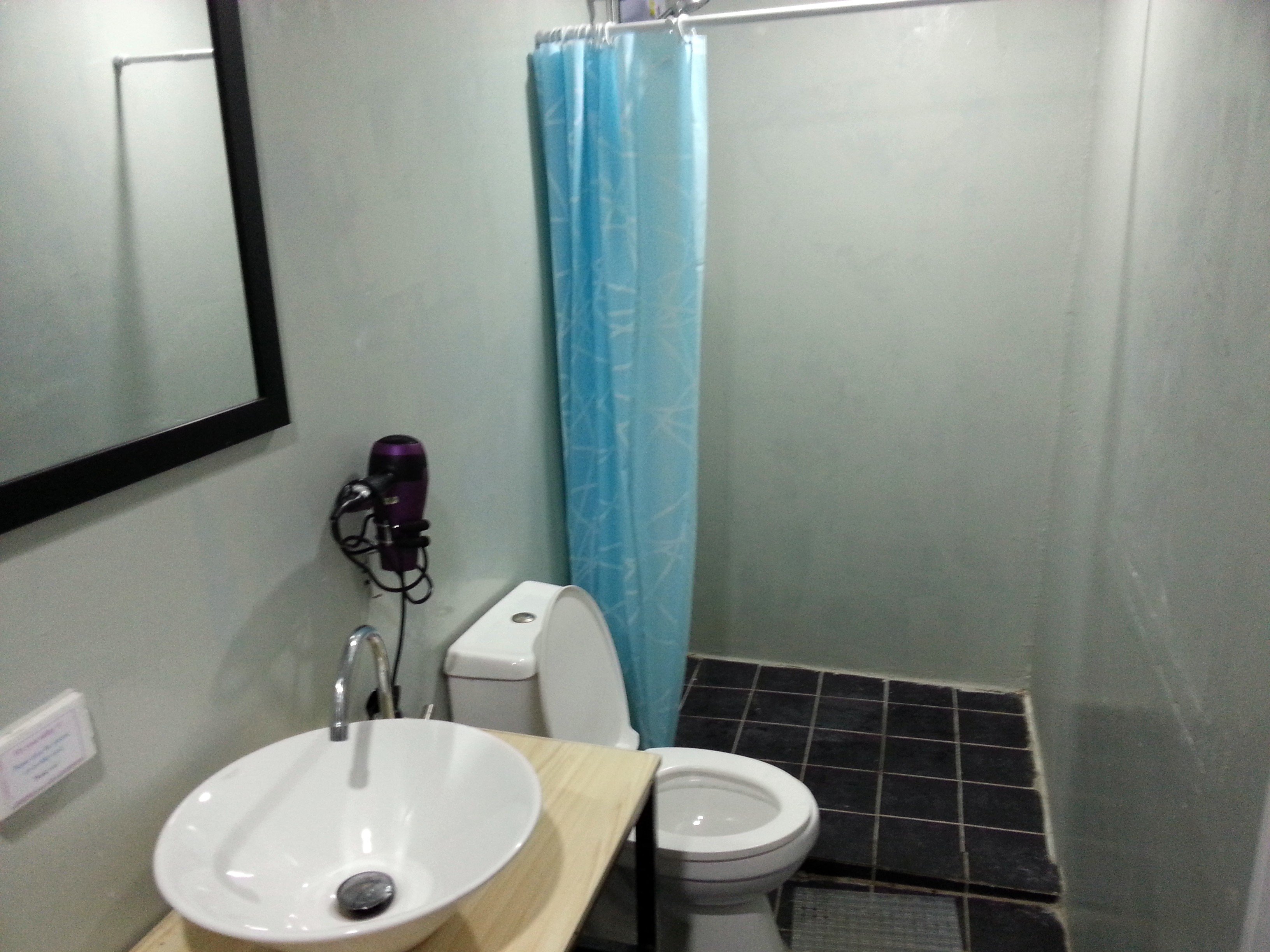 Bathroom in the budget double room

The big double rooms are much more nicely decorated and they are about twice the size. In addition to the main bedroom these rooms also have a side room with a large fridge. If you planned to stay longer than a few days here you could store and prepare some basic meals in this area if you had a portable stove, and some kitchen equipment. 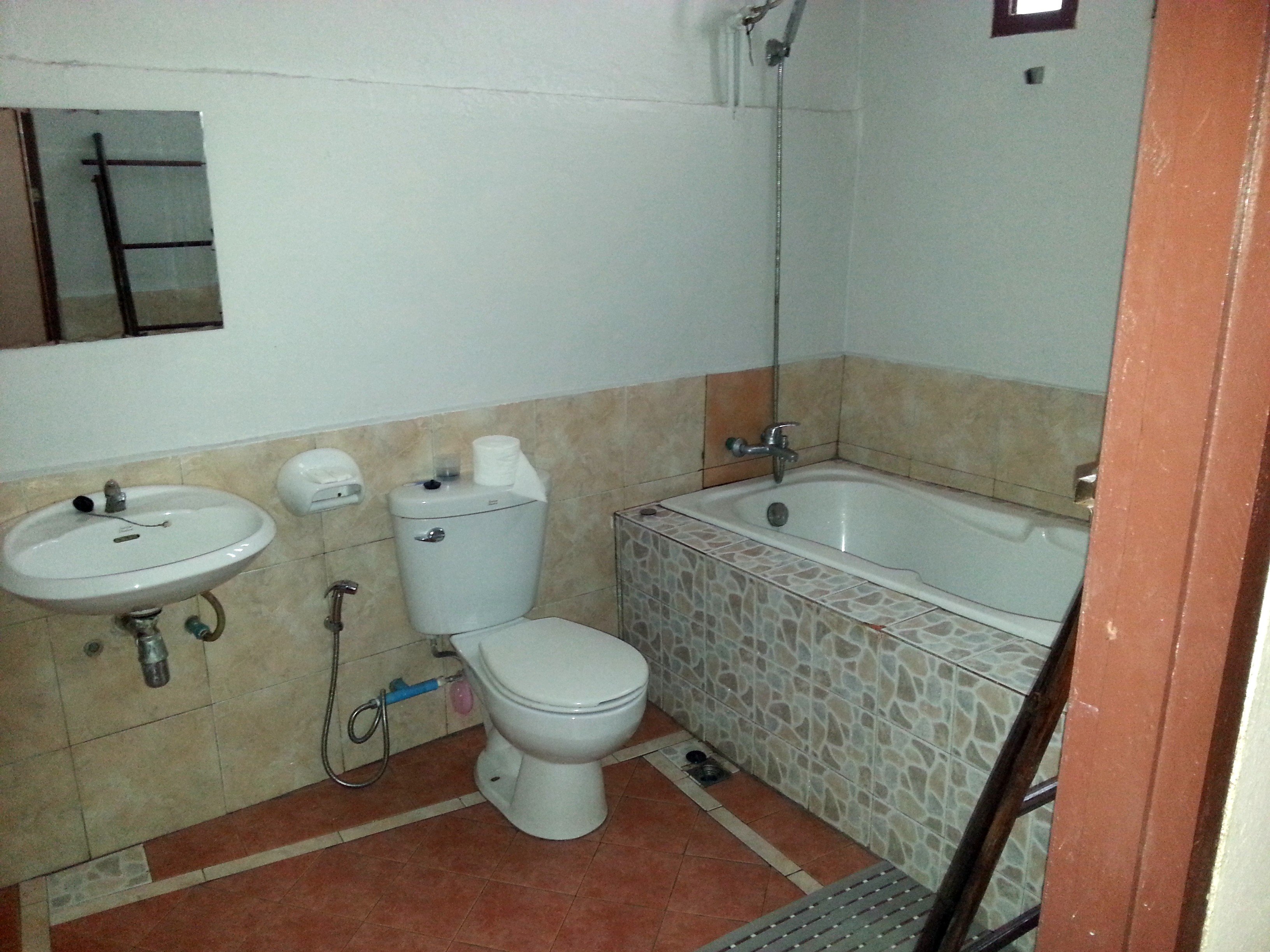 Bathroom in the big double room

The bathrooms in the big double rooms have a bath with a shower fitting above. If you like having a bath, or you are travelling with children, make note that this one of the only hotels in this part of town and price range that provides guests with a bath.

Facilities at the Mekong Riverside

The Mekong Riverside doesn’t really have any common facilities except for a large communal balcony upstairs by the four budget rooms. This is a good place to sit in the evening with a drink as you get a view of the busy street below. 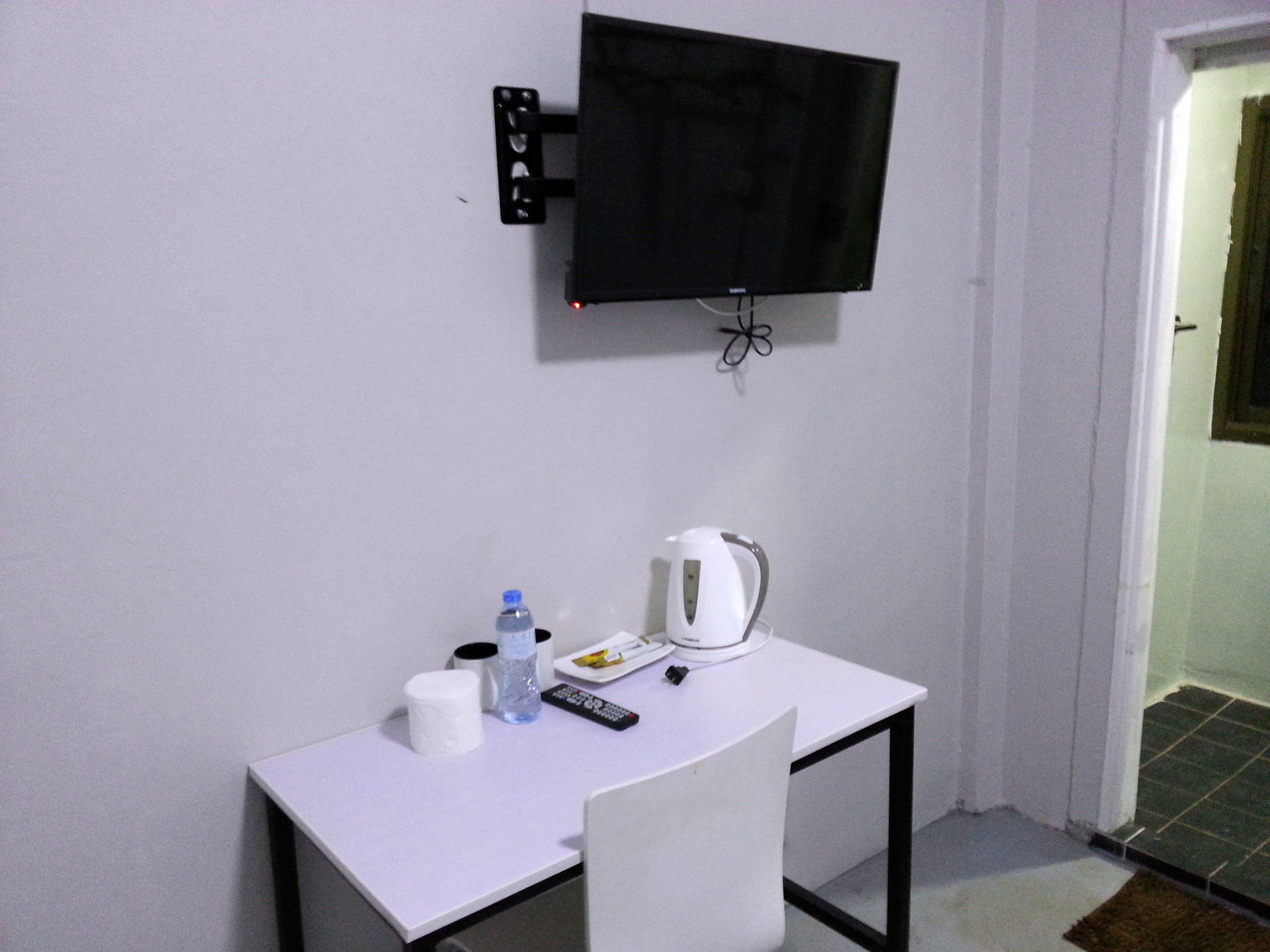 TV and kettle in the budget room

Fortunately, all the rooms come equipped with a kettle and a fridge which means you can make yourself a hot drink in the morning and keep snack food if you don’t like leaving the room for breakfast. 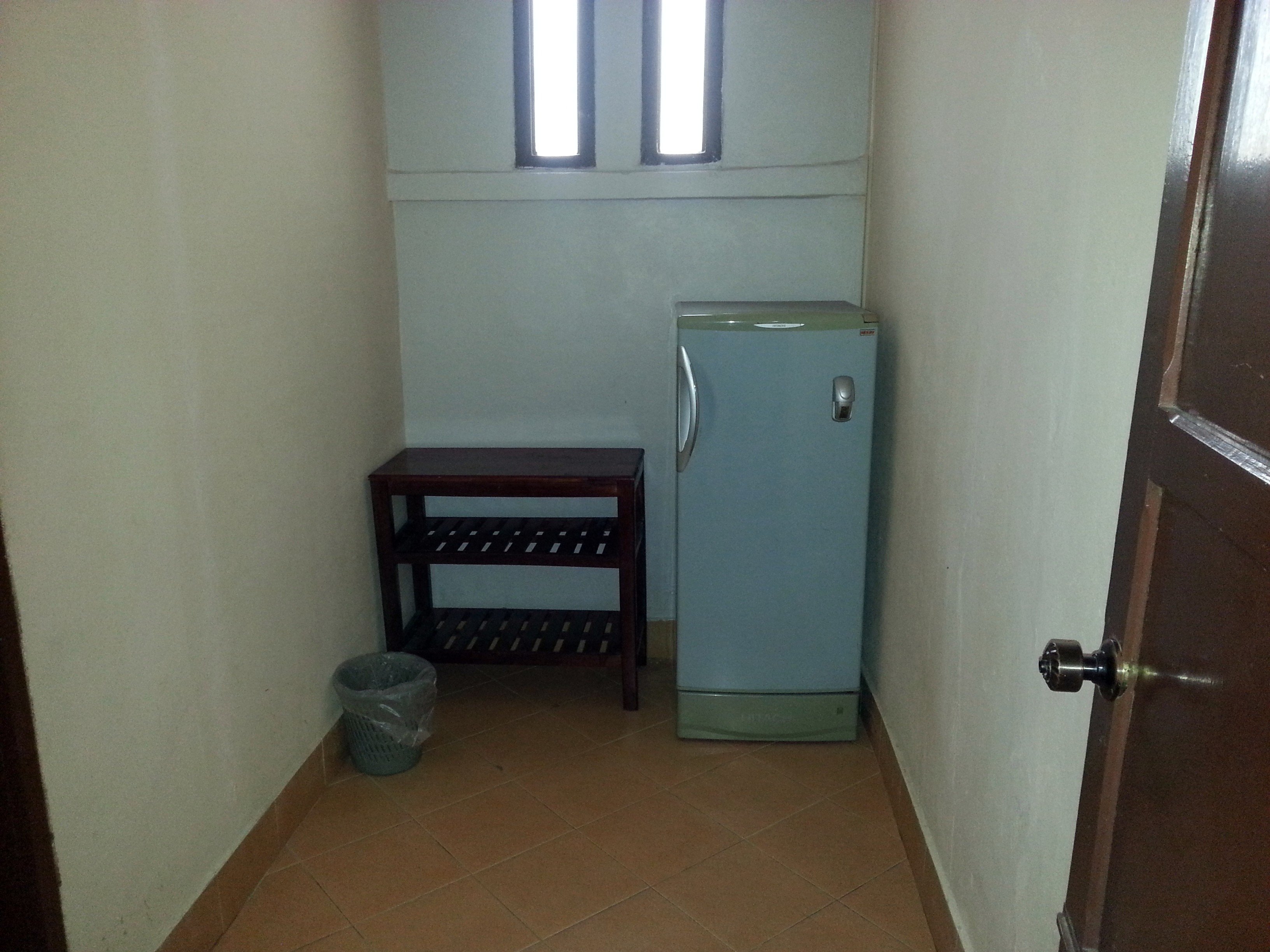 Fridge and shelf in the big double room

The lack of catering facilities at the Mekong Riverside really isn’t as issue because they are so many restaurants within a 50 metre walk of the hotel, along with convenience stores. At night super cheap food stalls set up on the Quai Fa Ngum. Its a 10 minute round trip from the Mekong Riverside to collect a take-away from one these food stalls if you do decide you want to eat in the room watching a film on the flat screen TV. Plenty of English language channel to choose from if want to relax after a busy days visiting the temples.

Location of the Mekong Riverside

Next read about the Lang Chai Hotel on Cat Ba Island