The Royal Palace Museum, also known as the National Museum, is located in Luang Prabang in Laos within what used to the residence of the Laos Royal family. The former palace has a symbolically important location between the bottom of Phou Si Hill and the Mekong River. 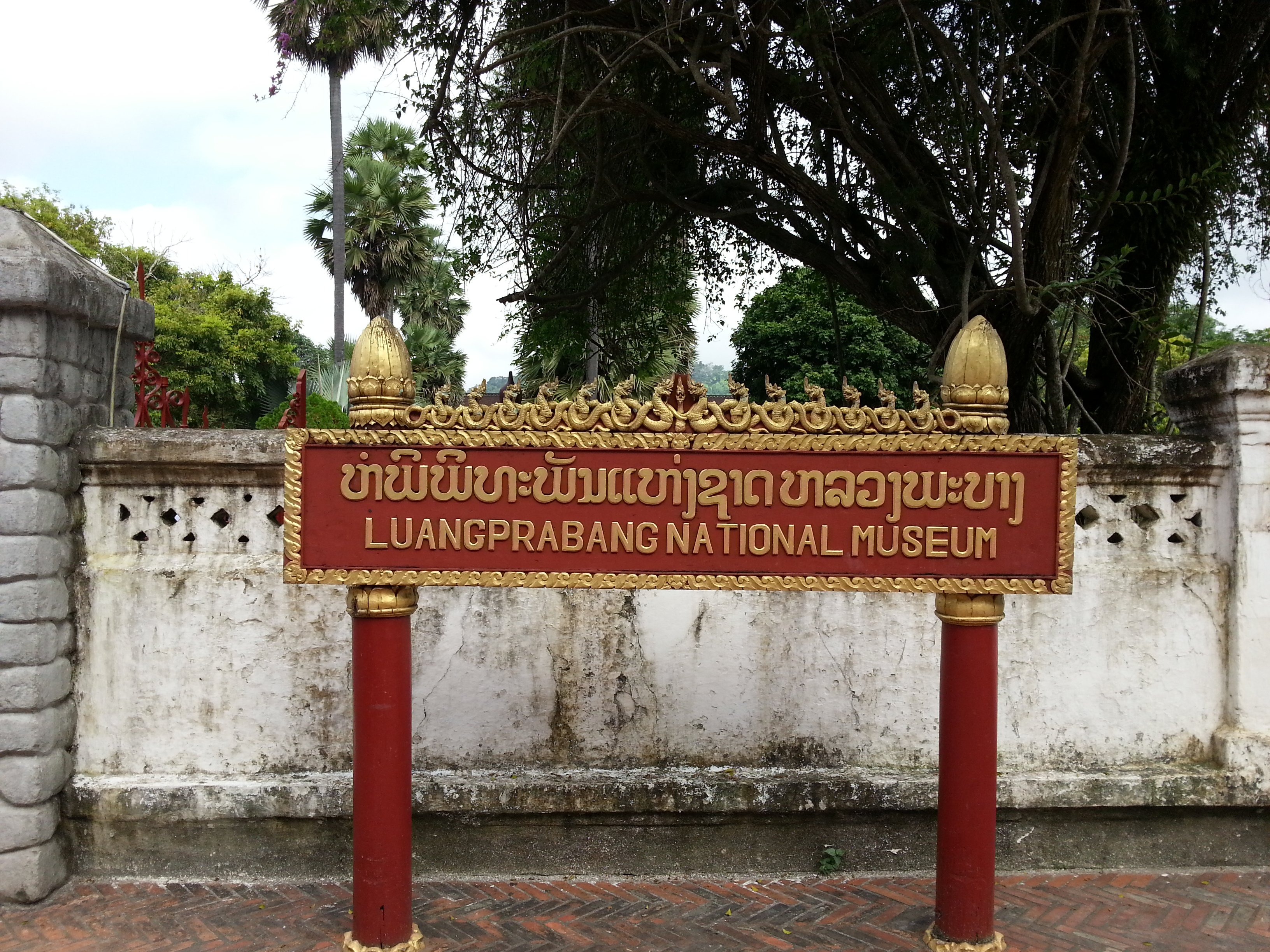 The Royal Palace Museum is open every day, except Tuesdays and some important public holidays, from 08:00 to 11:30 and again from 13:30 to 16:00. Visitors must cover their legs and shoulders, and are not permitted to take cameras inside the Royal Palace building or the temple in the grounds. The entrance fee is 30,000 Kip.

About the Royal Palace Museum

The former Royal Palace within which the museum is located was constructed between 1904 and 1909 as the residence of the Laos Royal Family. Luang Prabang was the former capital and it was favoured as a home for the monarchy over Vientiane, the capital city. The royal palace which previously stood in Luang Prabang had been destroyed in 1887 by the Black Flag Army, which was basically a large and well organised private army of a Chinese warlord who funded himself by large scale theft. 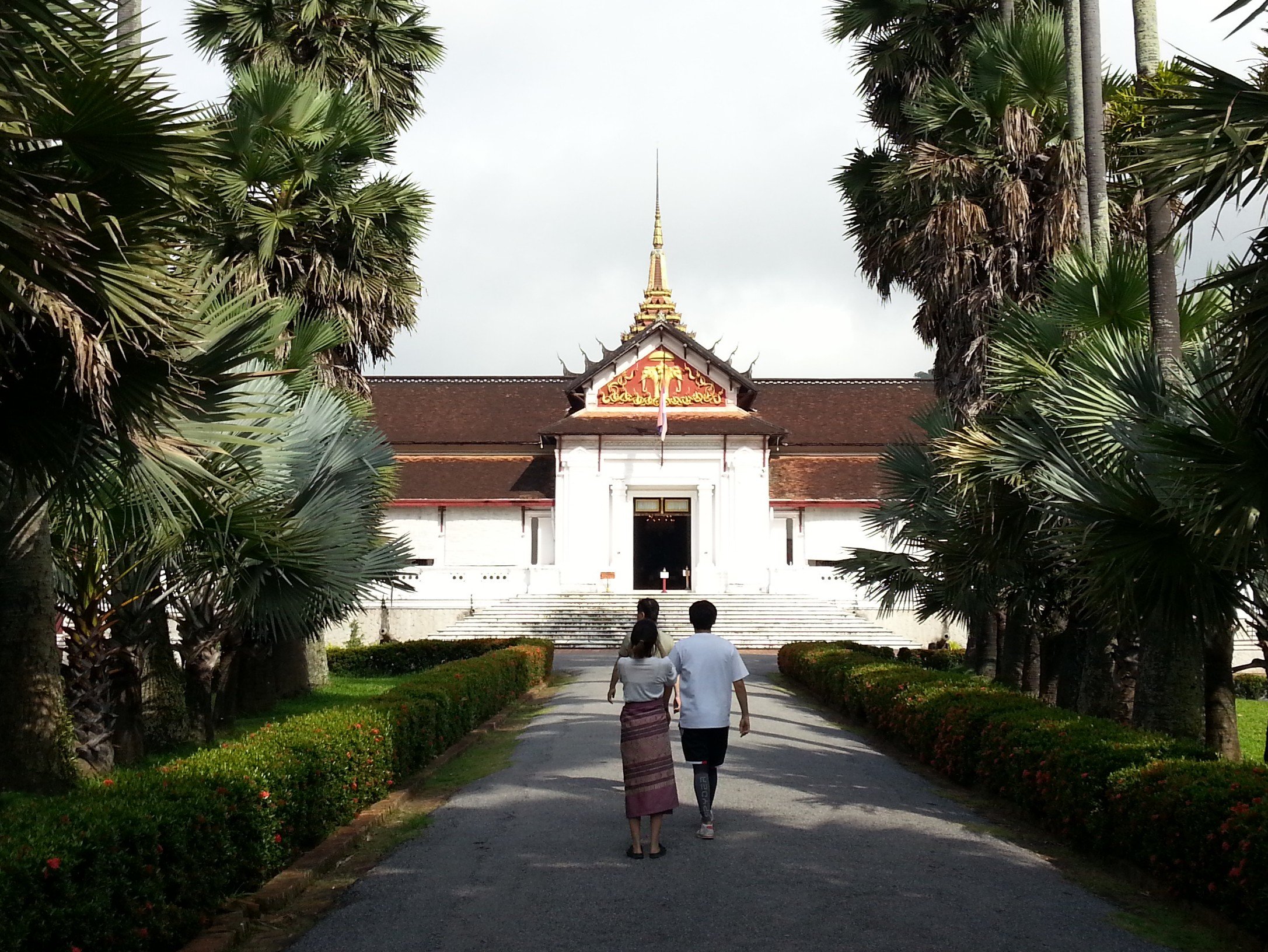 Walkway leading to the former Palace

The Royal Palace is a ‘T’ shaped building with a ceremonial area at the top end, and living quarters, kitchens, staff quarters and garage for the King’s collection of cars at the back. At the centre of the top part of the palace is a grand entrance to a Throne Hall with a golden spite on top. Over the doorway is the three headed elephant motif sheltered by a parasol which has been the symbol of the Lao monarchy since the time of the Lane Xang Kingdom. 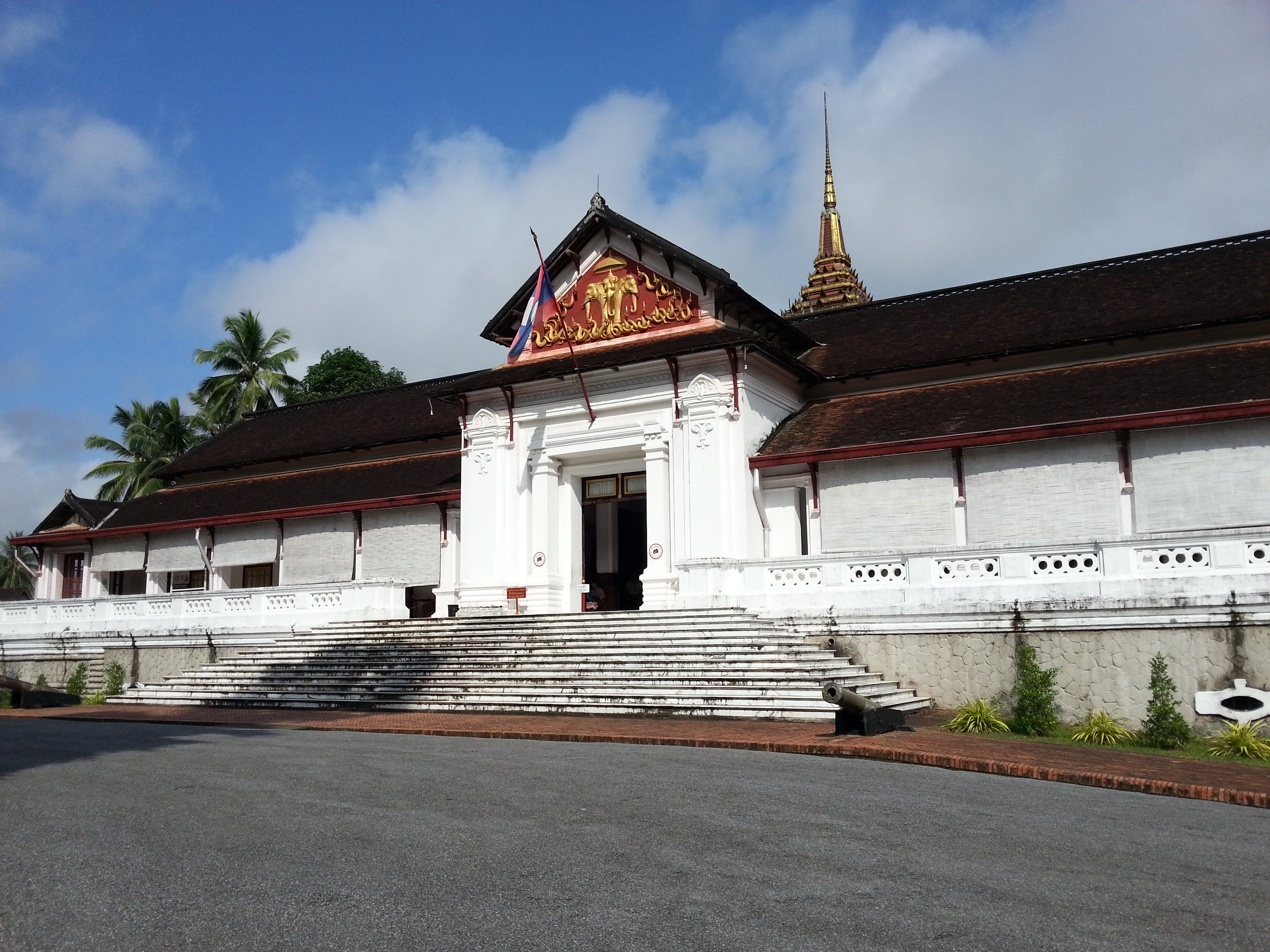 Entrance to the Throne Hall at the Royal Palace Museum

The Lao crown jewels are in display inside the Throne Hall. There are lots of other artefacts relating to Luang Prabang and the Lao Royal Family in the museum but the most important item kept in the museum is the Phra Bang. The Phra Bang is a 83 cm tall gold statue of the Lord Buddha weighing 50 kg which is believed by some to have been made in Sri Lanka in the 1st Century and gifted by a Khmer King to Lane Xang King Fa Ngum in 1359. The Phra Bang Buddha was twice taken back to Bangkok by invading Siamese armies and returned thereafter each time. 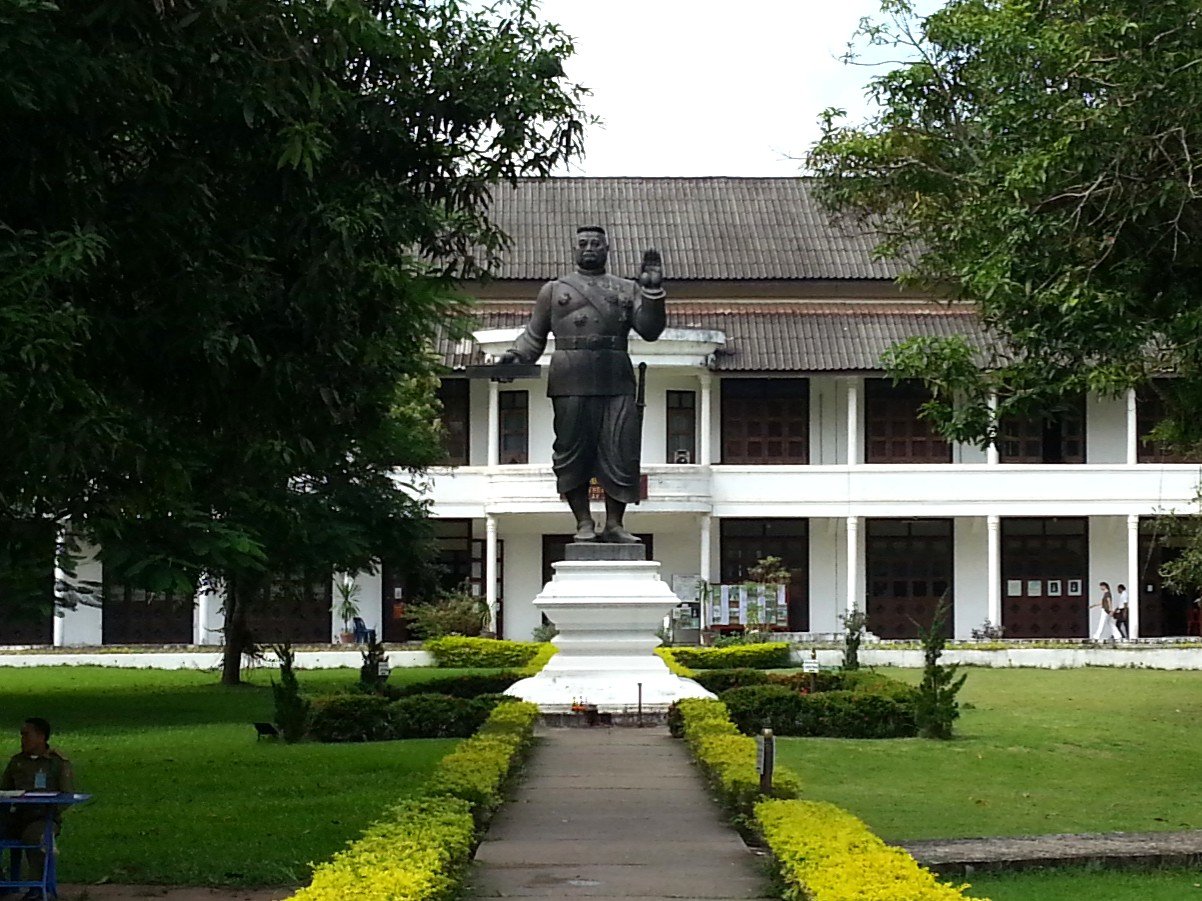 In front of the Royal Palace Museum is a statue of King Sisavang Vong erected in 1959 to commemorate his death. King Sisavang Vong was the monarch for whom the palace was built. This statue has remained in place, unlike many other statues of more recent recent Laotian monarchs, because of his involvement in attaining independence from France. 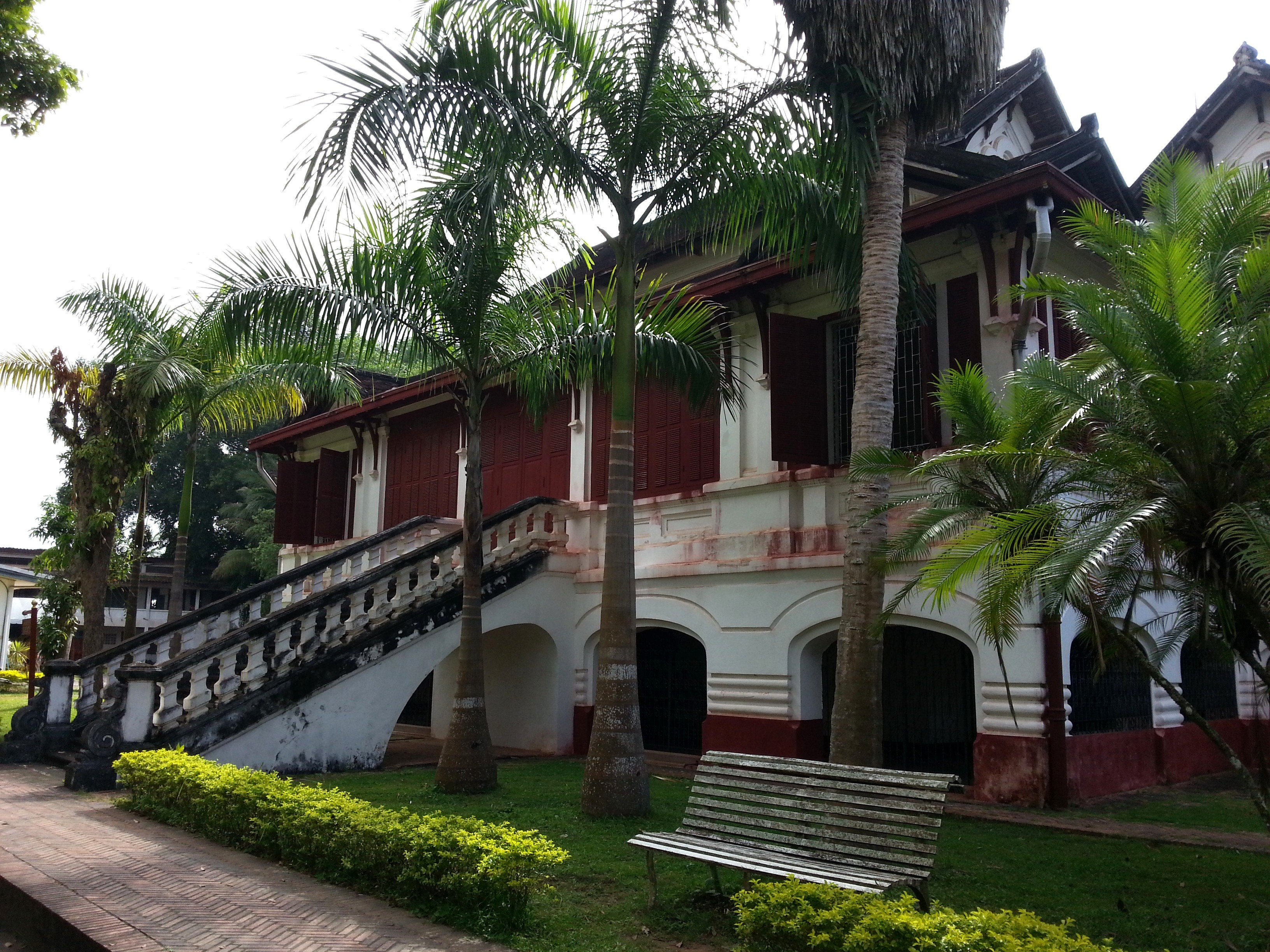 The rooms where the Royal Family lived at the rear and sides of the property have been left in pretty much the condition they were in when the Royal Family, including the then King Savang Vatthana, left the Royal Palace in Luang Prabang in 1975 to learn about the benefits of communism at a ‘Re-education Camp’ and were never to be heard from again, although King Savang Vatthana’s cousin Prince Souphanouvong thereafter became President of the new Communist regime. 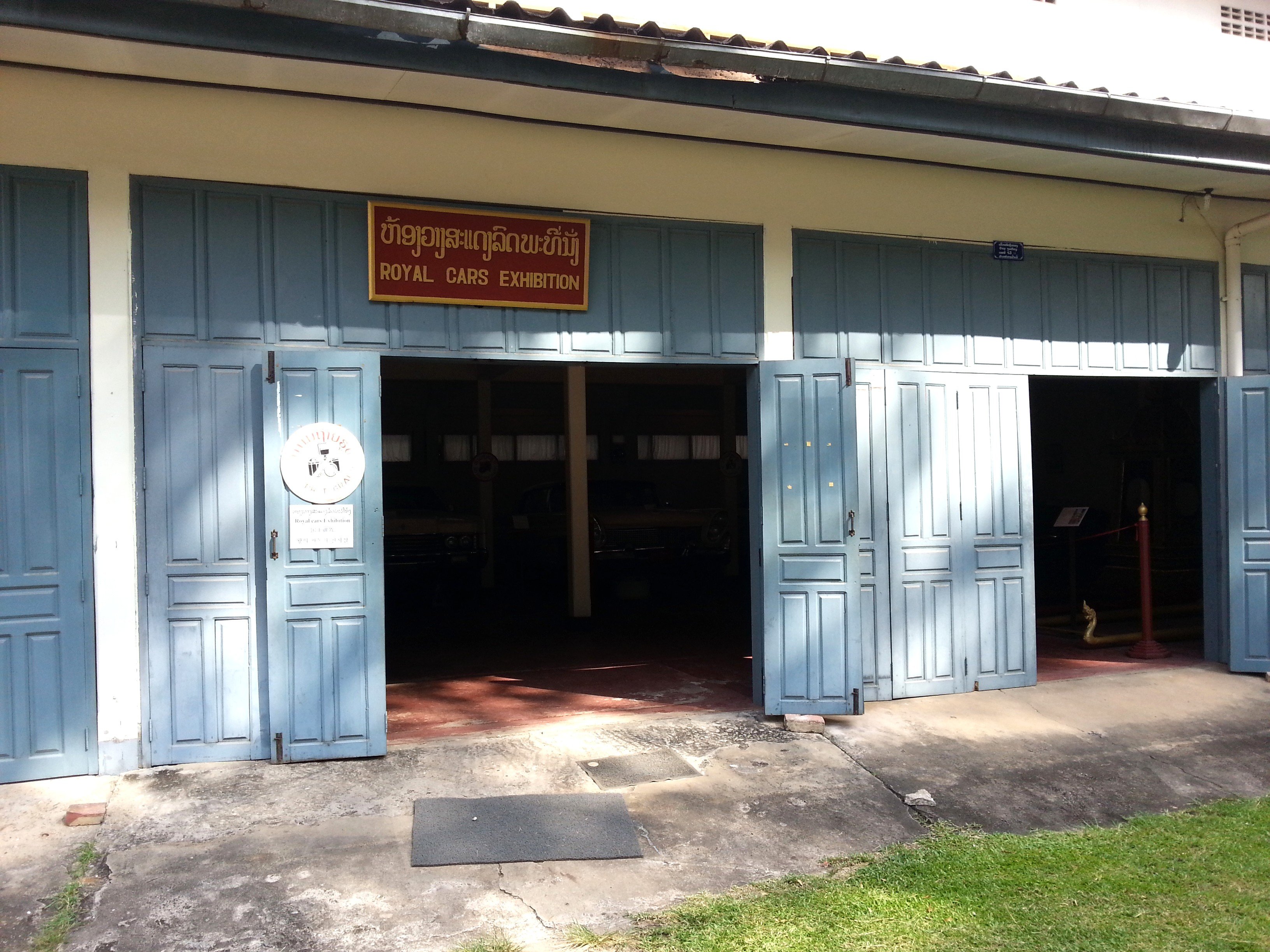 The Royal Palace Museum also has an exhibition of the late king’s collection of cars, many of which were imported from America. The cars are a curiosity as at the time the roads outside the very centre of Luang Prabang were so bad that it would not have been possible to actually drive these top of the range cars very far. The likelihood is that King drove the cars around the town, which would have been considered a show of great decadence and waste by the Communist movement in Laos and the Viet Minh which supported them. 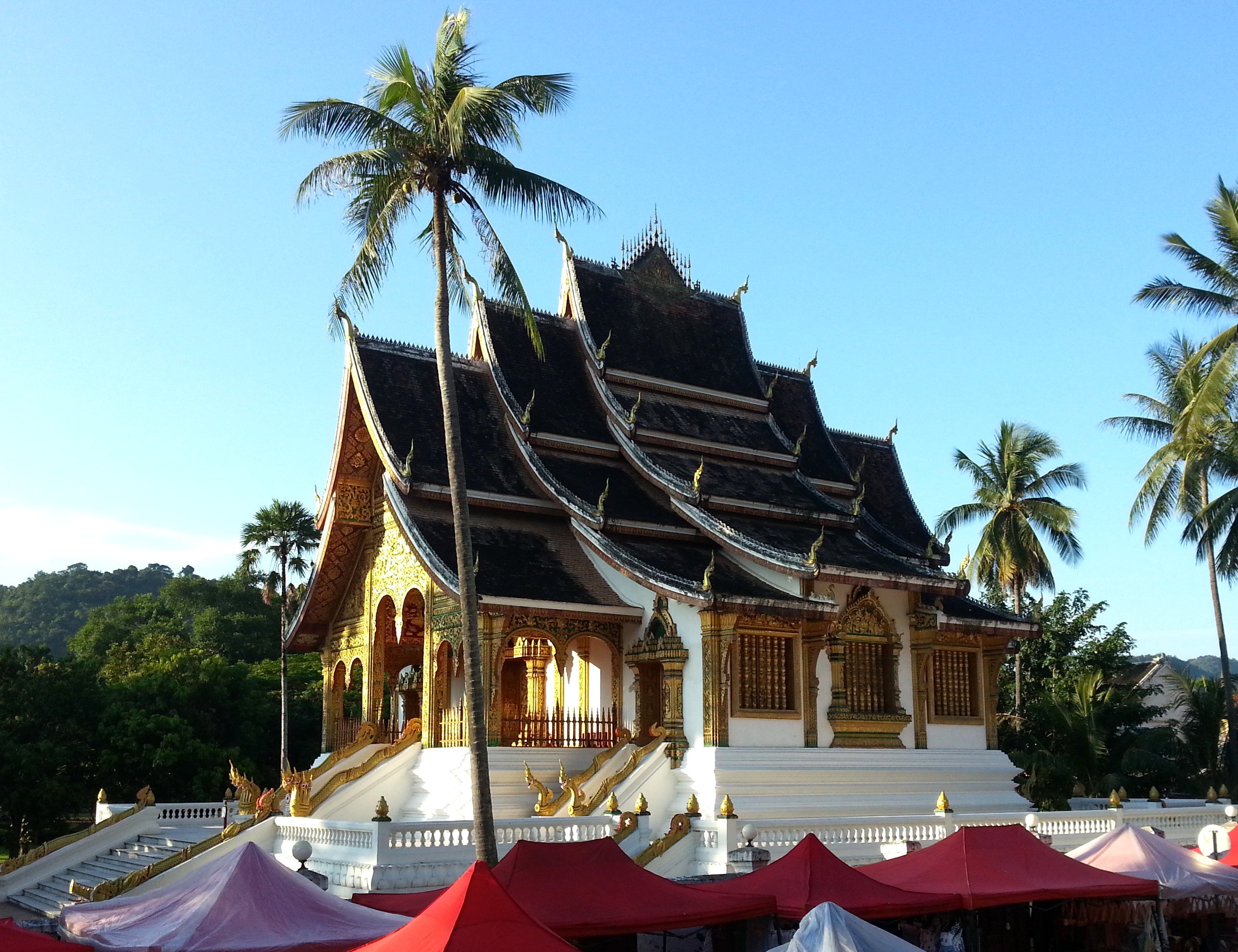 The Haw Pha Bang Temple is a relatively new, and very beautiful, addition to the Royal Palace Museum. Despite looking very old, the temple was completed in 2006. Construction on the temple started in 1963 and was brought a standstill by the conflict with Prathet Lao communist group, which eventually (in the mid 1990s) decided to finish the temple. 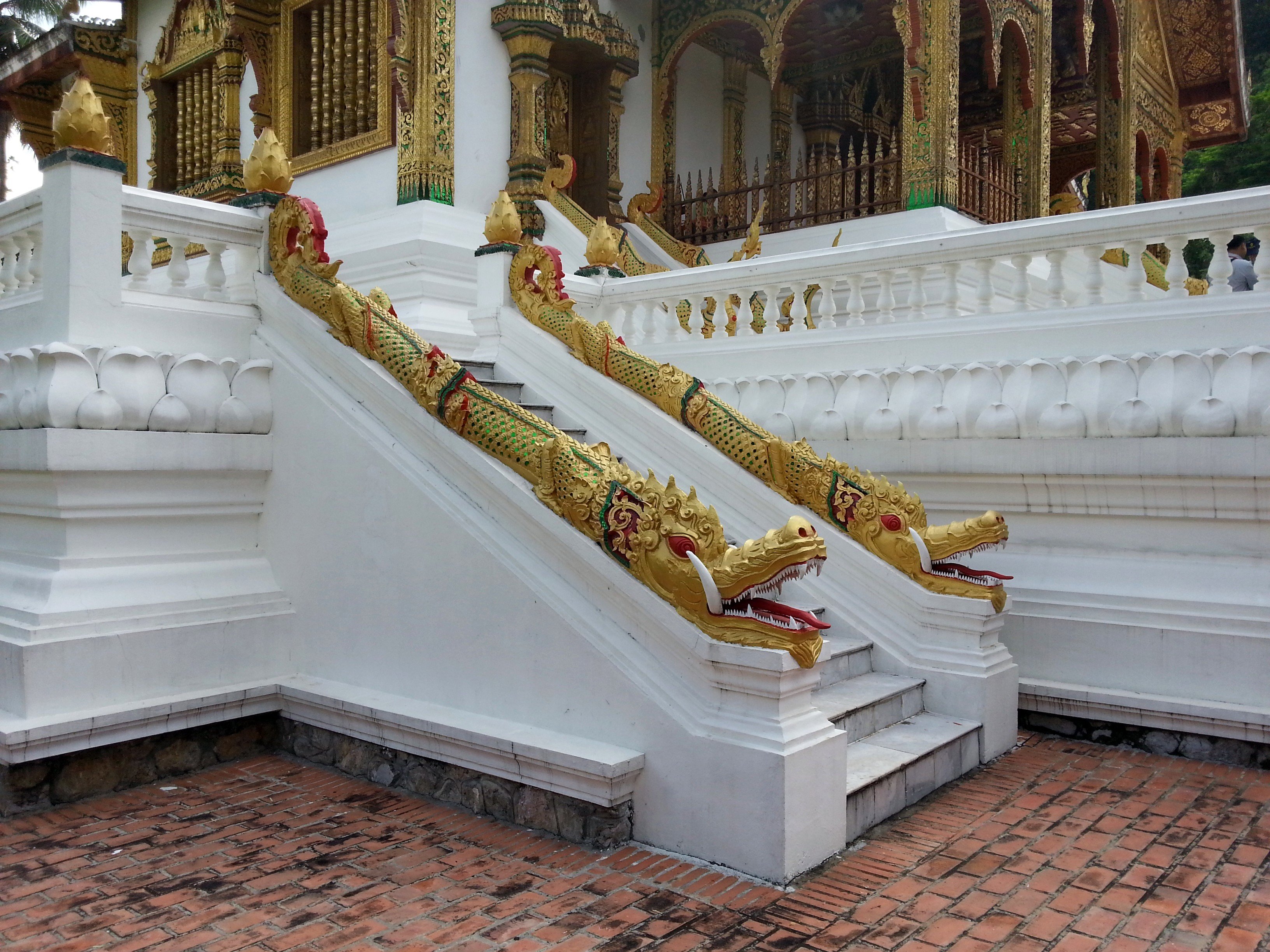 The Haw Pha Bang Temple was intended to house the Haw Pha Bang statue, although for unknown reasons the statue was never moved to the temple when it was completed. A number of conspiracy theories surround the statue, including that the statue in the museum is infact a replica with the real and very valuable statue being kept somewhere else, possibly in Moscow.

Location of the Royal Palace Museum

The entrance to the Royal Palace Museum is located on the Sisvangvong Road in Luang Prabang.

Next read about Royal Palace in Phnom Penh