That Dam is an old stupa which sits in the centre of a roundabout on a side street in Vietntiane in Laos. The stupa is a poor state of repair, covered in grass, but nonetheless is one of the most famous landmarks in the city and highly revered by Laotian people as one of the most important symbols of the city.

That Dam means ‘Black Stupa’ in English, so called because this religious monument has been darkened by the weather and the plaster work covering the stone has fallen off. Nonetheless, the stupa is famous because of the two legends that about it. The first legend is that a seven headed naga lives inside the stupa, which appears in times of crisis to protect the city. A naga is a mythical serpent which has the ability to transform itself into human form. Naga feature heavily in Hindu and Buddhist mythology, with the Naga King Mucalinda said to have protected the Lord Buddha from the rain during the 49 day long meditation session during which he achieved enlightenment. The legend is that naga which lives inside That Dam appeared during the invasion of the city by the Siamese Army in 1827 to protect the city’s residents from the violence and looting that ensued. 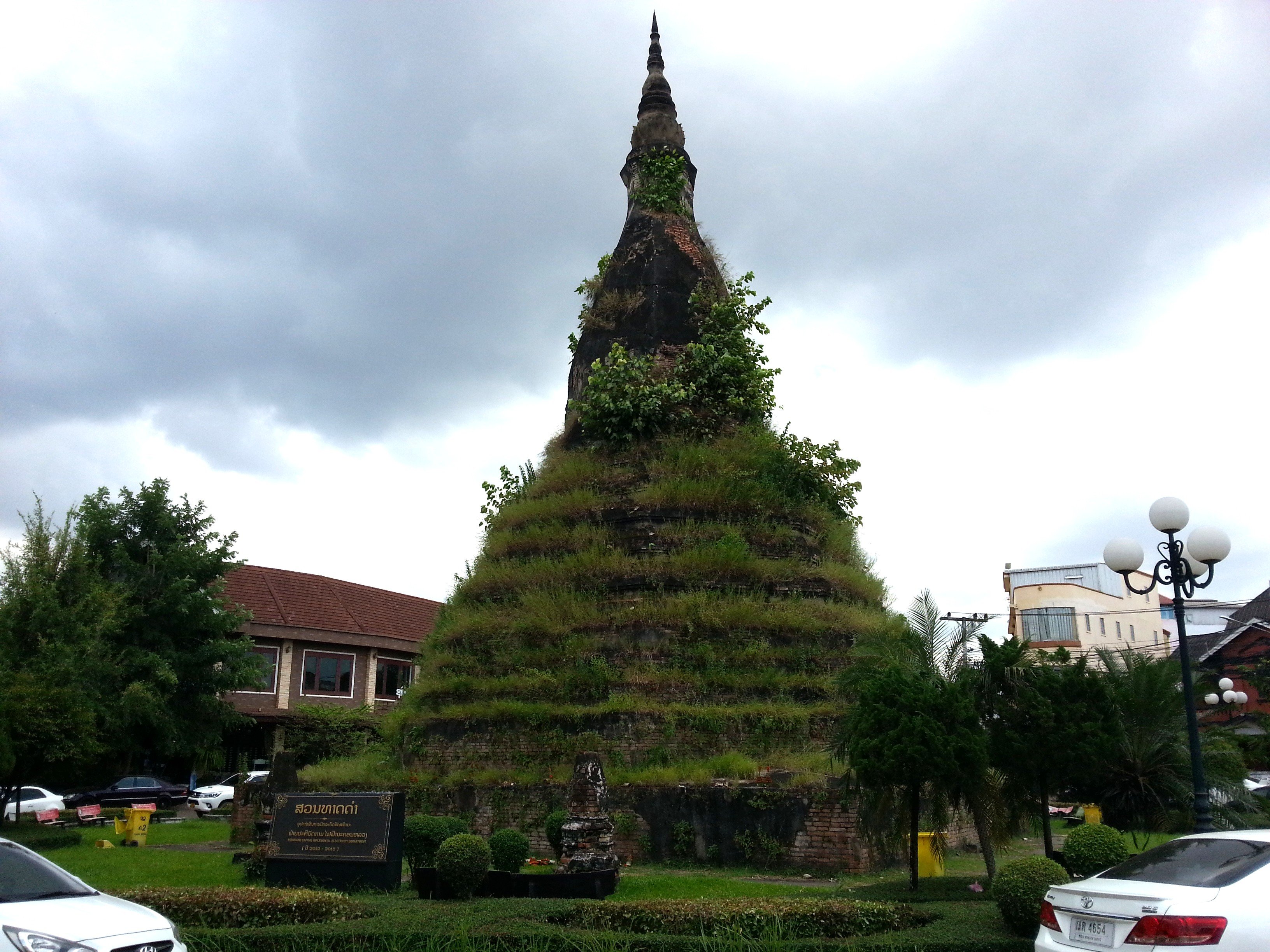 That Dam in Vientiane

The other legend is that That Dam was originally covered in gold which was stolen by the Siamese when they invaded in 1827. There may some truth to this story as the Siamese invaders stole the gold which covered the important most temple in Vientiane, Pha That Luang. The Black Stupa is seen as monument to the massive destruction brought upon the city in 1827 during the invasion, although some question the central premise of the story that That Dam had actually been covered in gold at some time in the past as little in known about the origins of the stupa which suggests that it was never a significant enough religious site to merit the massive investment that would have been required to cover it in gold.

Location of That Dam

That Dam is located in the centre of a roundabout on the Chantakhoumane Road in Vientiane city centre.

Next find out Bus times from Siem Reap to Vientiane