There is one daily service from Don Det to Phnom Penh which is available to book online.

Use the Search Box below your tickets from Don Det to Phnom Penh.

Asia Van Transfer services to Phnom Penh depart from the main town in the north of Don Det.

Phnom Penh is Cambodia’s largest city with a population of over 2 million people, and also the administrative capital of Cambodia. Phnom Penh is a lively and diverse city with notoriously busy roads and very few green spaces. Despite being in many ways an unpleasant city to live in for those two reasons there are lots of things for visitors to see and do. The city also has a good range of bars, restaurants and hotels, many which offer fantastic value for money. 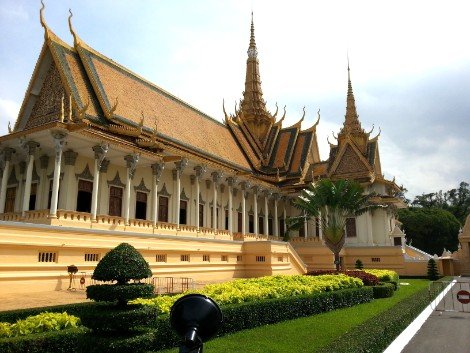 Next read about Travel from Phnom Penh to Siem Reap