Travel from Luang Prabang to Xiangkhouang (Plain of Jars)

By minivan it takes 7 hours to travel from Luang Prabang to Xiangkhouang, where the famous Plain of Jars is located, and by bus it takes 8 hours. Be warned, it is a long slow journey with fantastic scenery and little else on the way.

There is a single daily bus service from Luang Prabang to Xiangkhouang which you can book online.

Use the Search Box below to buy your bus tickets from Luang Prabang to Xiangkhouang.

Bus services to Xiangkhouang depart from the Tourist and International Bus Station which is on the opposite side of the road to the Southern Bus Terminal in Luang Prabang.

Phonsavan is the main town in Xiangkhouang Province. This is where bus and minivan services arrive and depart, and pretty much the only place in the region where you find a place to stay and places to eat. Phonsavan is, however, not a particularly interesting destination. Most of Phonsavan was built during the 1970s. Phonsavan is somewhere to stay whilst you visit the surrounding area which is very interesting. 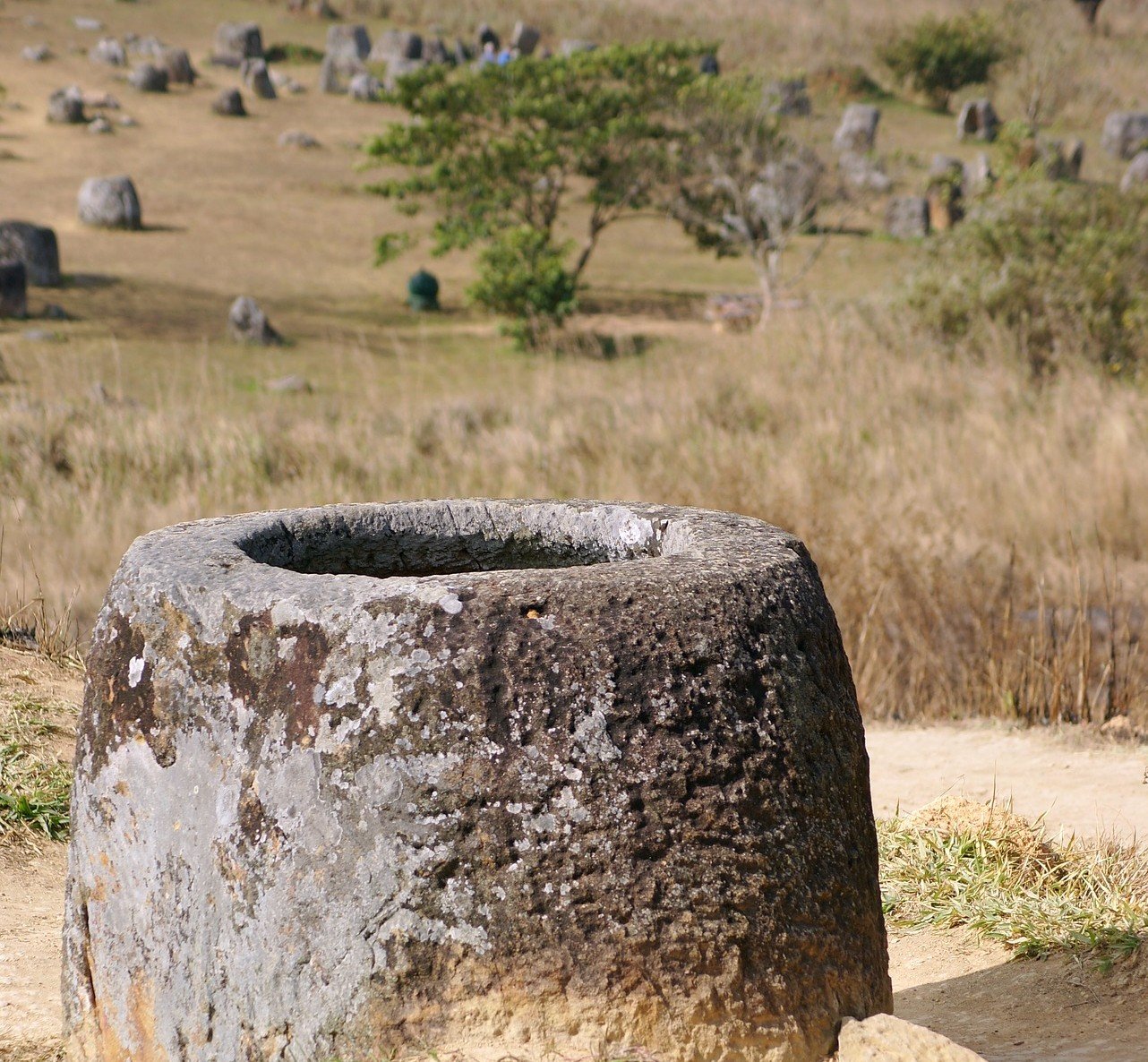 The reason why the vast majority of foreign visitors come to Xiangkhouang Province is to visit the massive stone jars which are clustered across large plains in the region. The jars were carved out of large boulders during a period believed to date from 500 BC to 500 AD for reasons not known for sure. Competing theories for the reason that these jars were made include for use as burial chambers, brewing rice whiskey, and for the milling of rice. There are over 100 sites with stone jars, but thanks to extensive bombing by the United States Air Force and a subsequent failure by the United States to put the same effort into clearing up the unexploded ordinance, it is only safe to visit a small number of the sites. There are three main sites (known as ‘Site 1’, ‘Site 2’ and ‘Site 3’) which most people visit. To get to these sites you either need to join a tour in a minivan with a certified guide or rent a motorbike and drive yourself. If you go alone be careful not leave paths which the Mines Advisory Group (MAG) markers show are clear. Local people are still been badly injured by the mines and if you do step on an unexploded bomb bear in mind that local medical care is very poor.

Next read about Travel from Vientiane to Luang Prabang