Travel from Pakse to Phnom Penh

There is a direct minivan service which you can take from Pakse to Phnom Penh in Cambodia. The journey takes 13 hours, which is a lot quicker and easier than taking a series of public bus services to complete the same journey.

There is a single daily service from Pakse to Phnom Penh which you can book online.

Use the Search Box to buy your minivan tickets from Pakse to Phnom Penh.

Services to Phnom Penh depart from Road No. 24 in Pakse.

The Royal Palace is the number one tourist attraction in Phnom Penh. The palace itself is fairly recent. Initially wooden building were constructed in the compound in 1866, and from 1871 when the Royal Court was moved to the site the wooden buildings were gradually replaced with permanent structures. The Royal Palace is open from 08:00 and 11:00 and from 14:00 to 17:00 every day except for pubic holidays and special occasions when the palace is used for ceremonies. For foreign visitors, the entrance fee is $10 USD. 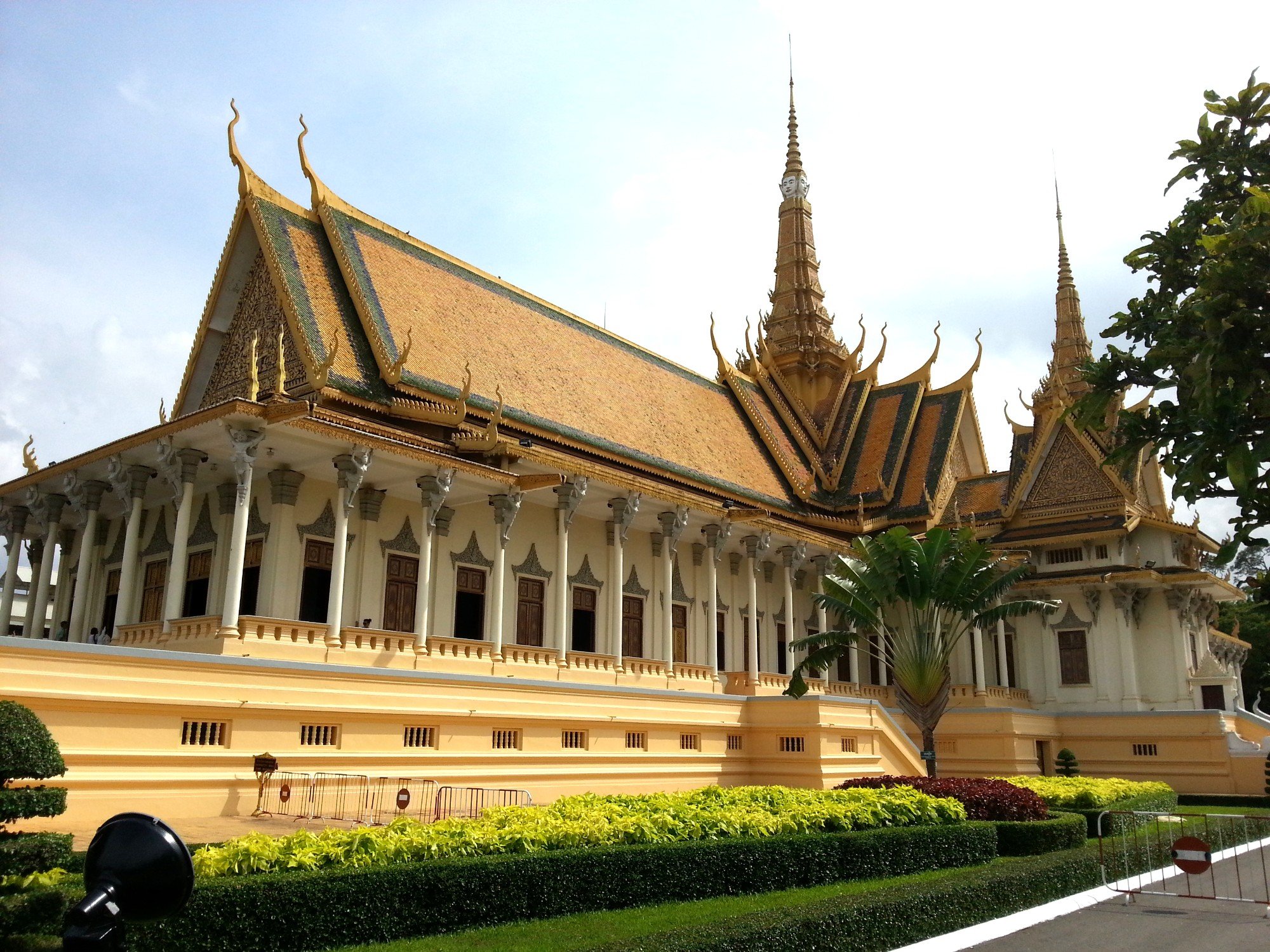 The Royal Palace is split into four sections, two of which are open to the public. The palace is the official residence of Cambodia’s Royal Family and the two sections which are off-limits to visitors are where the Royal Court is based. The two parts of the Royal Palace which you can visit are known as the Throne Hall and Silver Pagoda compounds. The Throne Hall compound has seven buildings, including the Throne Hall which has a footprint of 60 metres by 30 metres with a tower that is 56 metres tall. The Silver Pagoda compound has twelve buildings and a scale model of Angkor Wat. Also worth visiting are the museum displays near the exit of the Royal Palace which, amongst other things, tells the story of the Cambodian Royal Family during the difficult period following independence from France when Cambodia came under the control of the Khmer Rouge.

Next read about Travel from Phnom Penh to Siem Reap