The UXO Lao Visitors Centre in Luang Prabang is an educational centre where visitors can learn about the problems caused by unexploded bombs and mines left behind by American armed forces after the end of the Vietnam War and the courageous work of the Lao National Unexploded Ordnance Programme (UXO Lao) to clear this dangerous ordnance. 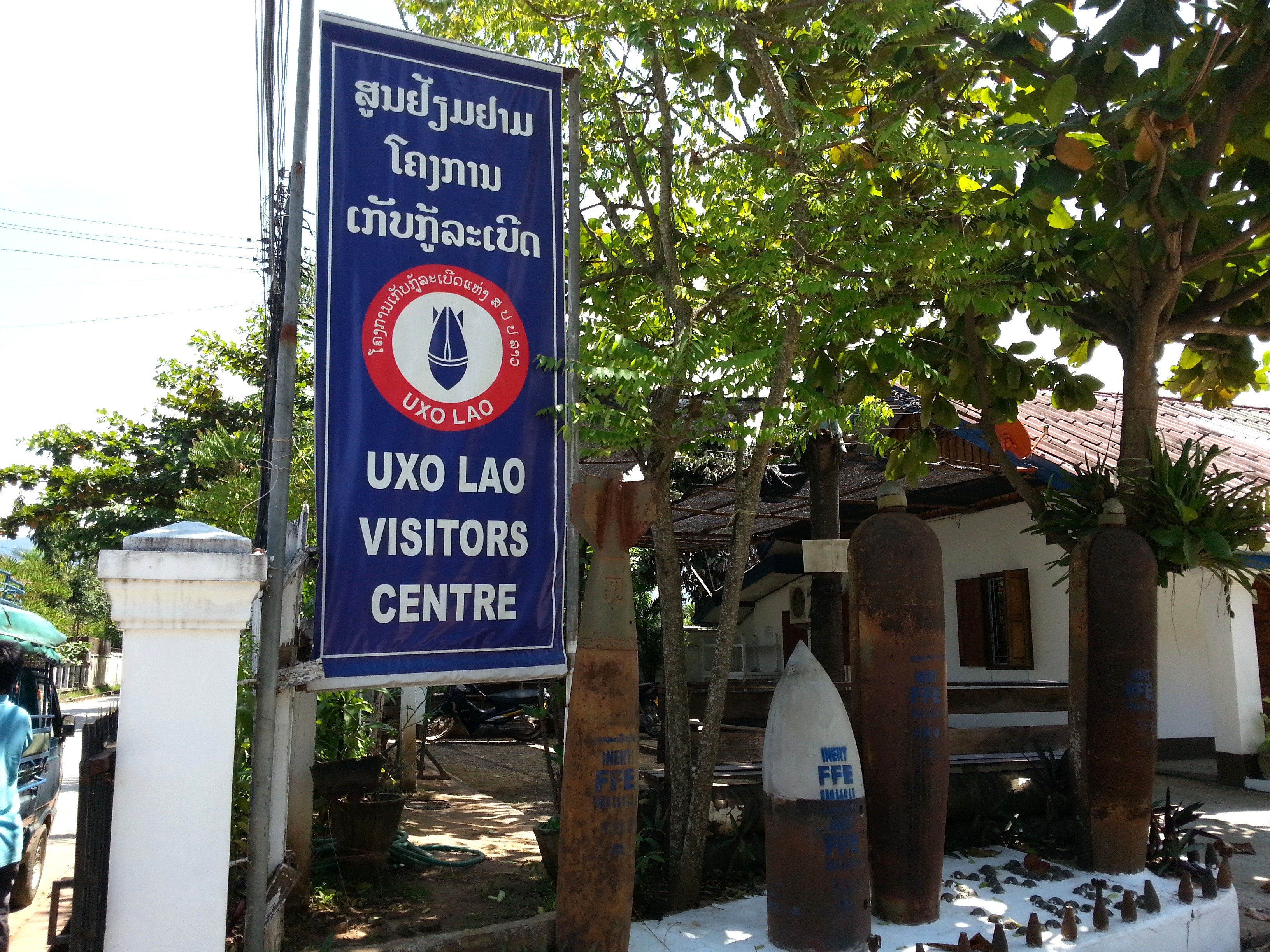 UXO Lao Visitors Centre is open from 08:00 to 16:00 from Monday to Friday and admission is free.

About the UXO Lao Visitors Centre

A lot of bombs got dropped on Laos from 1964 to 1973 as part of a bombing campaign bu US Armed Forces in an attempt to stop the forces of the Communist Viet Cong and the People’s Army of Vietnam using Laos as staging post for its attacks on South Vietnam. The amount bombs dropped was extraordinary: and estimated 200 million tons of explosive devices, of which 40% are believed to have failed to explode on impact. The toil on Laos people has been equally extraordinary with around 50,000 civilians having been killed by still live bombs laying hidden in the ground or vegetation until disturbed triggering the explosion which didn’t happen when they hit the ground, around half of whom were children. Lots of places in Laos, particularly around the Plain of Jars, are still uninhabitable more than 40 years after the end of the bombing campaign. A tragedy for the Laos nation and a disgrace for international community. 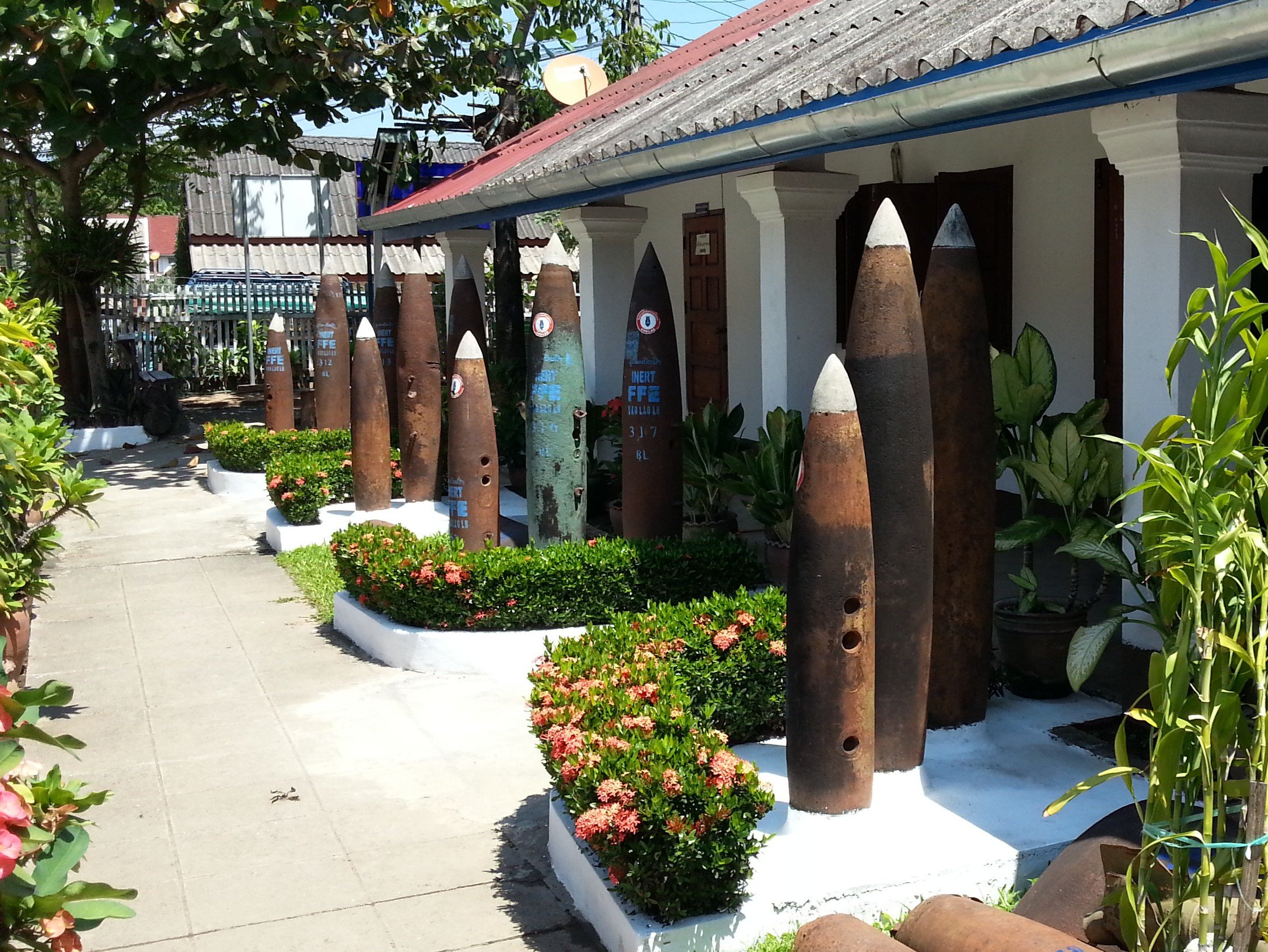 Examples of bombs dropped on Laos 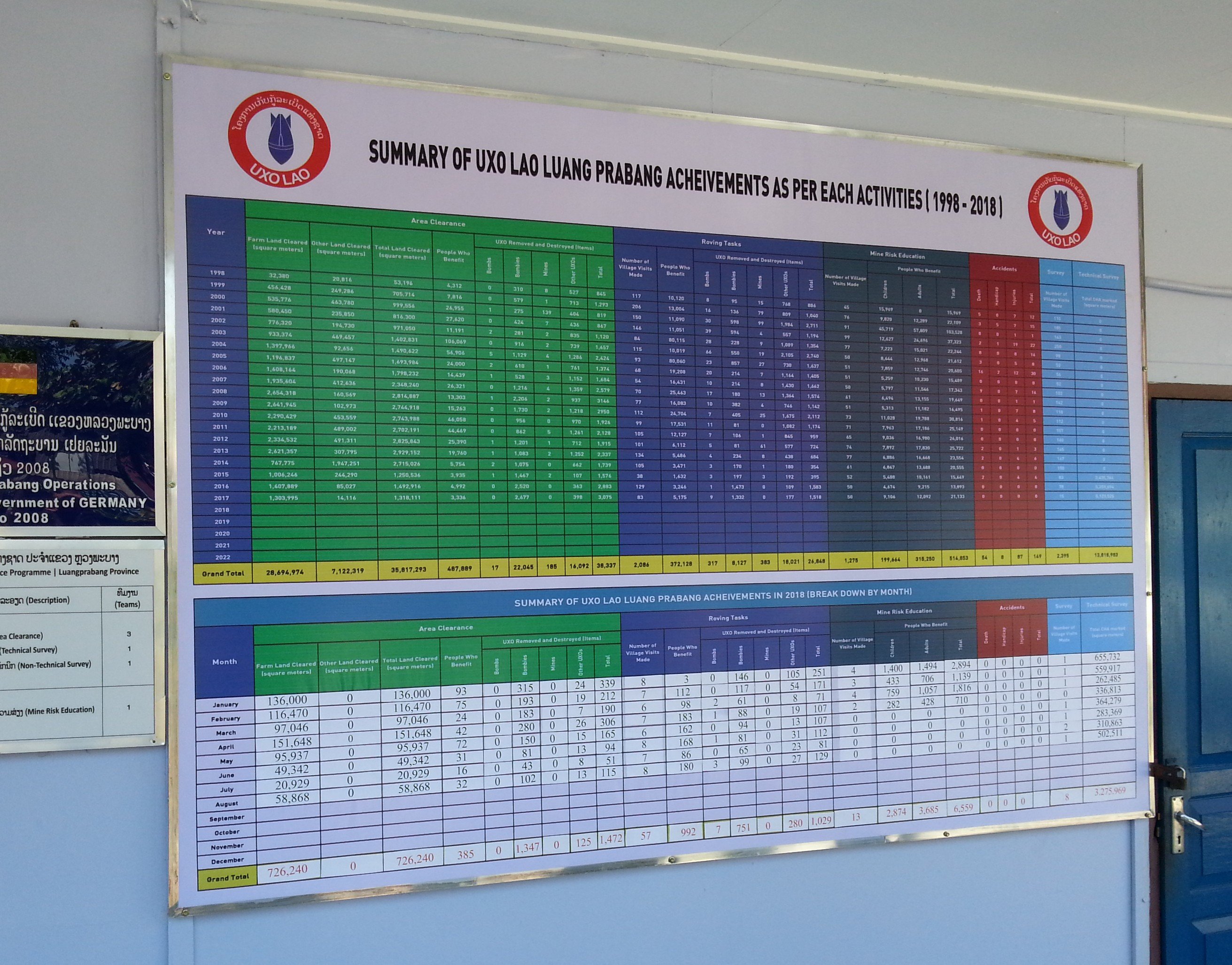 UXO Lao Visitors Centre is the headquarters of the effort to clear unexploded ordnance in the Luang Prabang area. Its curious that the Americans decided to drop bombs in an area so far from the border with Vietnam and in somewhere so remote, but drop bombs they did. In the Luang Prabang area the Lao National Unexploded Ordnance Programme has removed 38,337 unexploded devices between 1996 and 2017 and there are still lots of areas in the region that the team hasn’t yet surveyed. 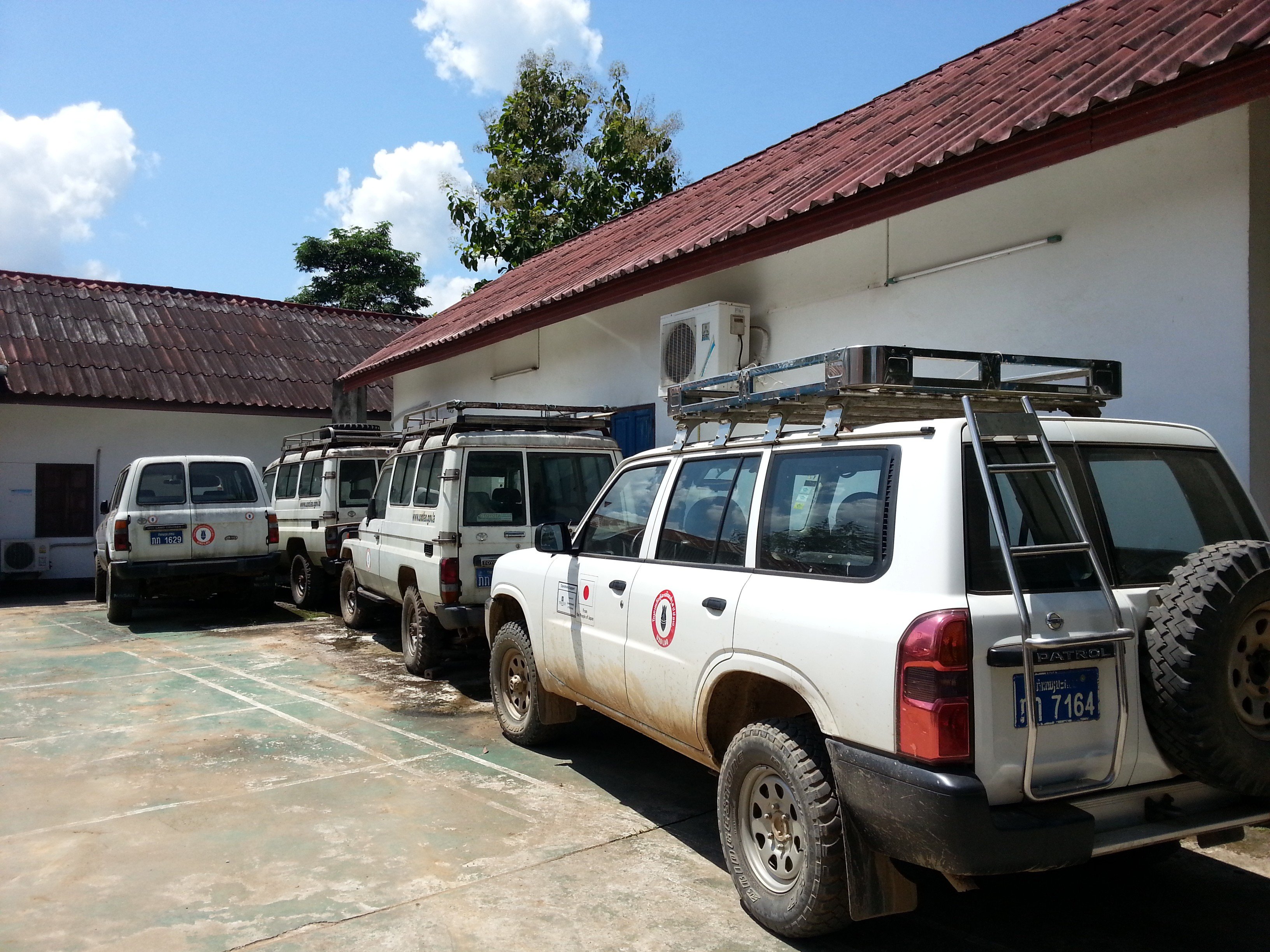 The clearance programme is dangerous. Clearing nearly 40,000 bombs has been at a cost of 84 lives of team members of the Luang Prabang chapter of the Lao National Unexploded Ordnance Programme, with a further 95 people suffering life changing injuries in the course of their work from 1996 to 2017. Consider making a donation when you visit and perhaps writing a letter to your local member of parliament or congress when you get home to ask your government what they are doing to assist in helping to clear unexploded ordinance in Laos.

The UXO Lao Visitors Centre is located near the Monument to President Souphanouvong to the south of Luang Prabang town centre.

Next find out Bus times from Hanoi to Luang Prabang