Wat Aphay is one of the lesser visited temples in Luang Prabang, located just to the south of Phou Si hill.

Wat Aphay is open during daylight hours and entrance is free.

A visit to Wat Aphay will feel like a relief after spending time at the better known temples in Luang Prabang, such as Wat Xieng Thong, where large number of tourists cluster throughout the day. Wat Aphay is modern working temple of no particular historical significance and very few foreign visitors. 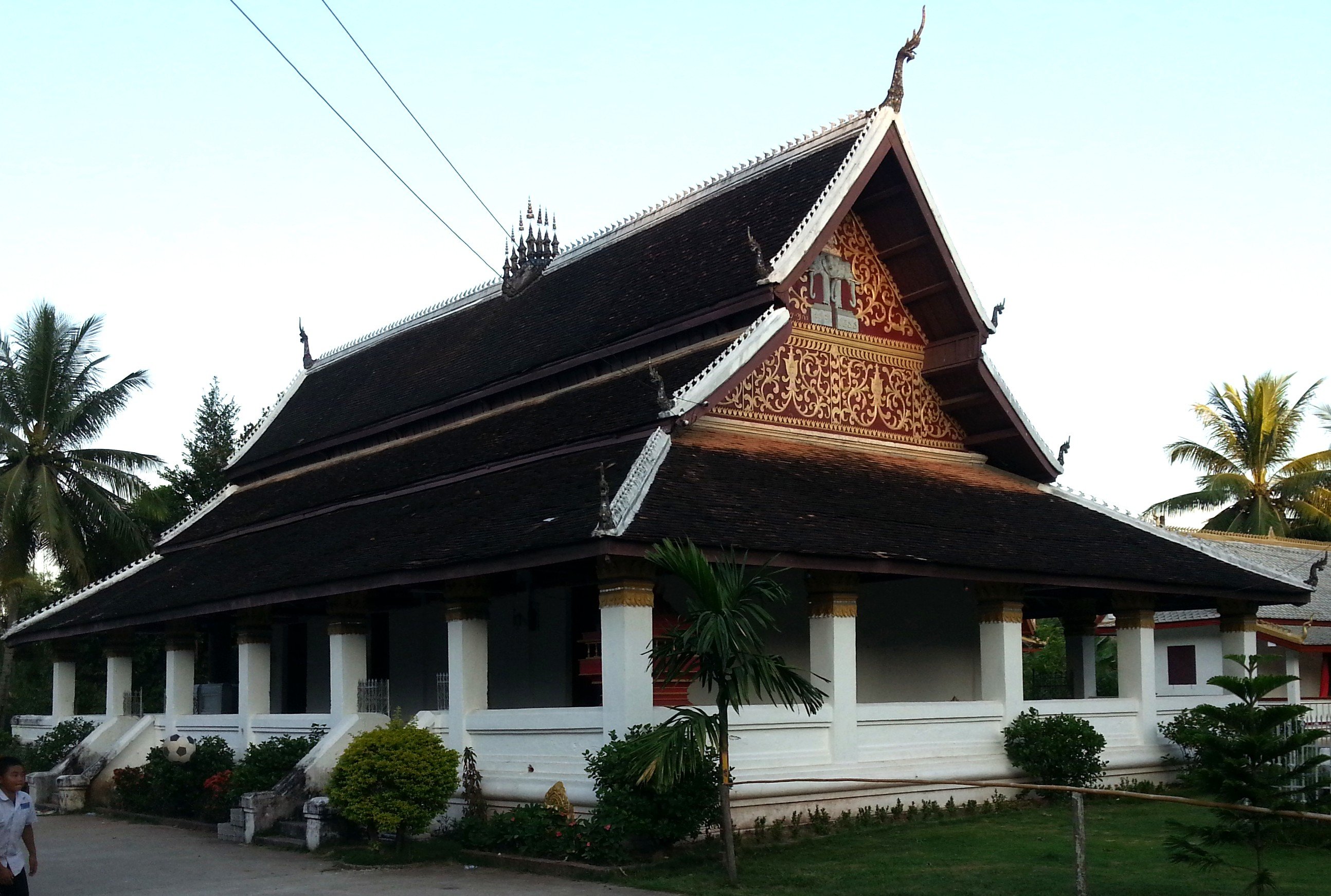 Other than the serenity of the temple, there are three things in particular that I think makes Wat Aphay worth visiting. Firstly, I liked the recently restored Thai style congregation hall or sim as this part of a temple is referred to in the Lao language. The gold relief work on the front gable end of the roof is both brilliant and understated, as are the bronze garudas which sit at the end of each of the parapet walls on the three section roof. 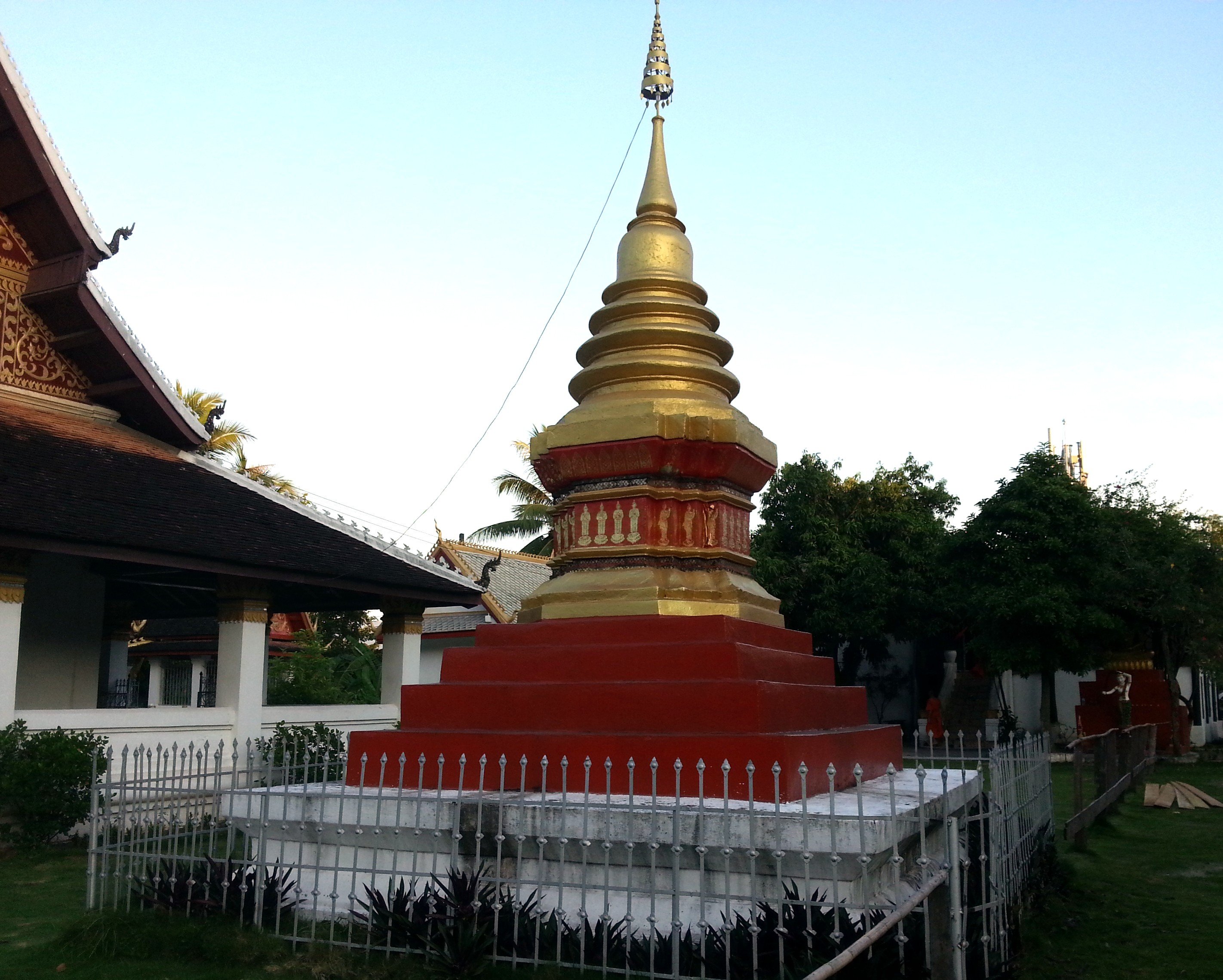 Secondly, I liked the chedi at Wat Aphay which stylishly repeats the gold on red motif of the gable end of the sim. The gold umbrella ornament which is on top of the chedi is also in perfect proportion and symmetry to the chedi itself. Simple but effective design and an example of the finest workmanship. 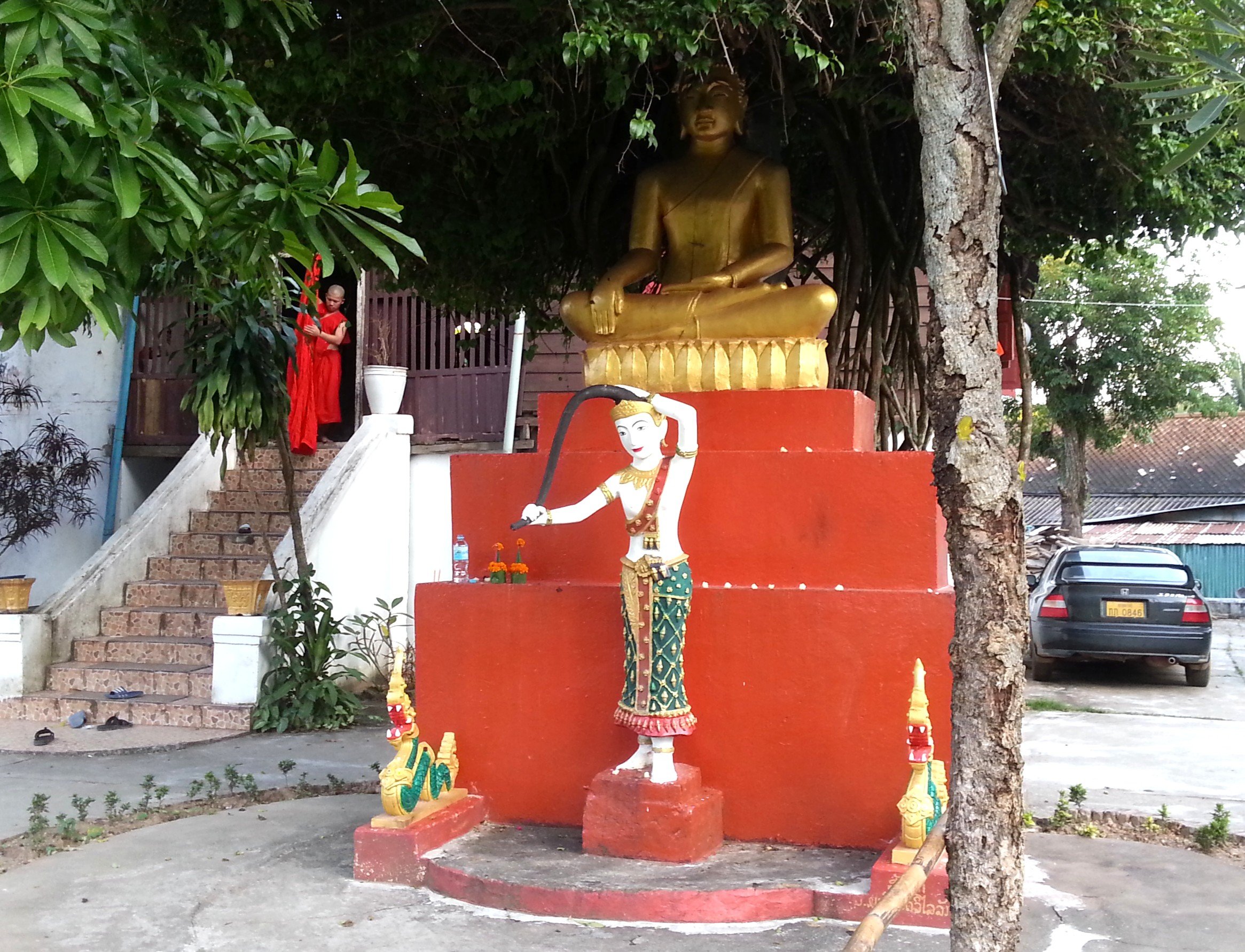 Thirdly, I liked the Buddha statue at Wat Aphay whose head is nearly touches the foliage of the tree above. In front of the Buddha statue is a representation of Phra Mae Thorani flanked on either side by naga. According the beliefs of Buddhist mythology the young woman is the physical manifestation of the earth deity Phra Mae Thorani whose, whilst the Lord Buddha was meditating, rose up from the earth to wring out her hair and cause a flood to wash away the demon Mara and his army and thereby allow the Lord Buddha to continue the marathon meditation session that would result in his enlightenment.

Wat Aphay is located on a side street off the Kingkitsarath Road in Luang Prabang.

Next read about Wat Nai in Koh Phangan