Wat Mahathat is an important Buddhist temple in Luang Prabang in Laos. 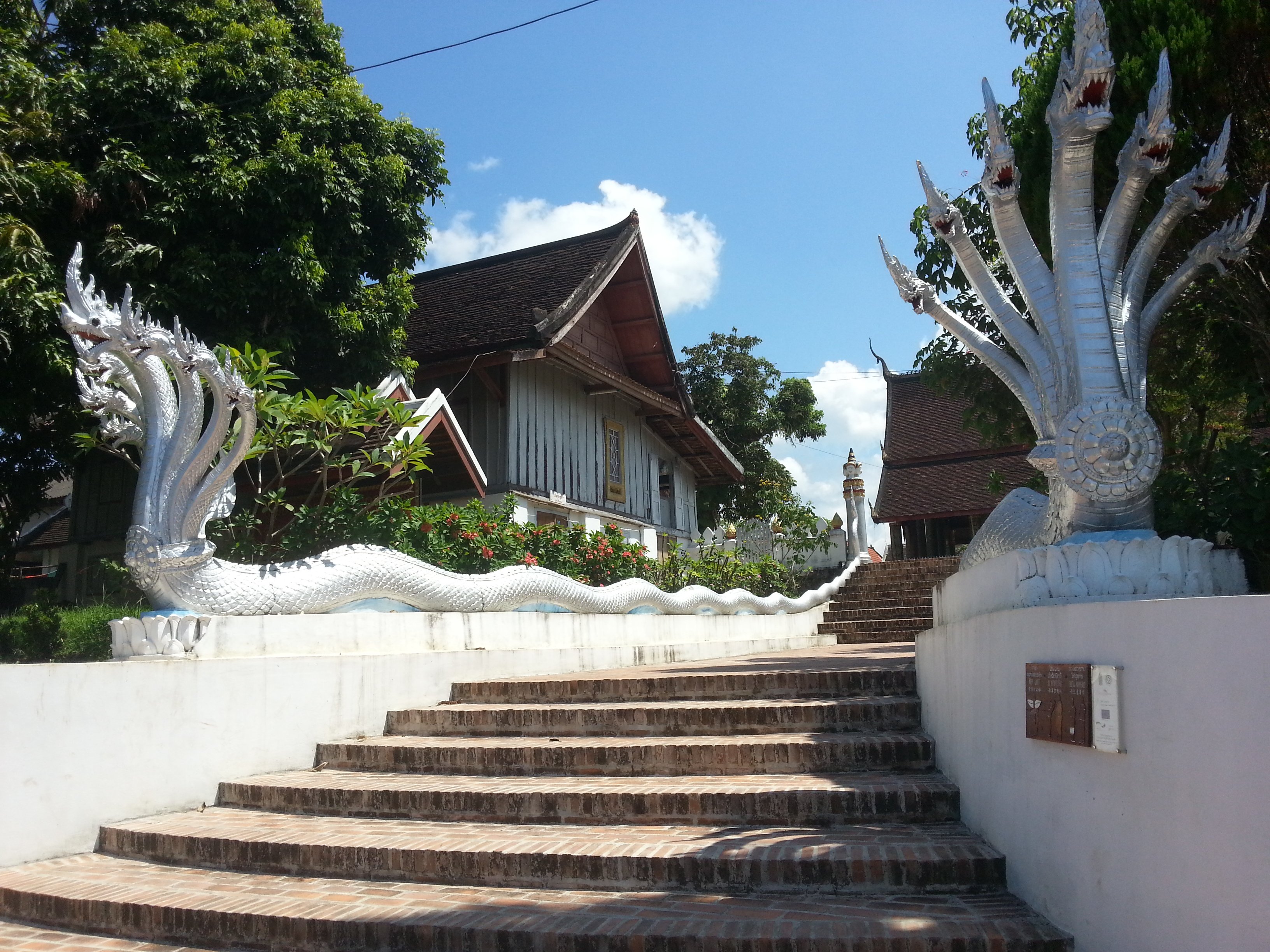 Staircase leading up to Wat Mahathat

The temple was established in 1543 by King Setthathirath, although most parts of the temple has been rebuilt since due to damage caused by flooding.

Wat Mahathat, also known simply as Wat That, means ‘Temple of the Great Stupa’. The reason for the name is that a large Northern Thai style stupa was constructed during the mid 16th Century in the temple grounds. King Setthathirath was, by consequence of marriage, also the King of the Lanna Kingdom in what is now Northern Thailand and for this reason he choose to construct a Thai style stupa in Luang Prabang. This stupa is the only part of the original 16th Century temple which remains intact today. 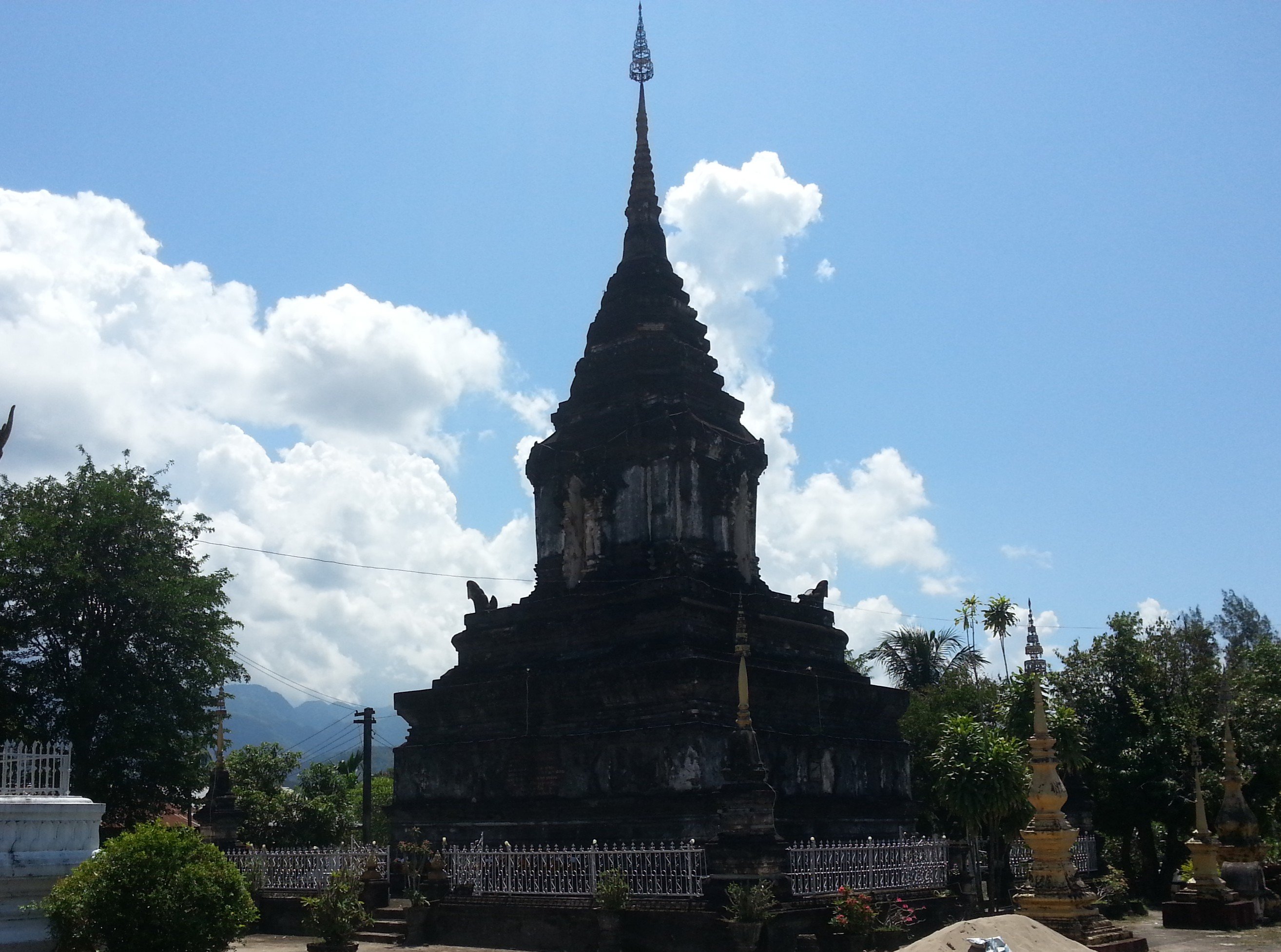 As well as the main stupa, a number of smaller stupa have been added to the site subsequently. Three of these of the stupas were constructed to house the ashes of the last princes of the Laos royal family (Prince Phetsarath, Prince Souvanna Phouma and of Prince Souphanouvong) who were instrumental in the independence movement opposing French colonial rule in Laos and worked closely with the newly formed Lao Prathet Communist Government of Laos, despite the abolition of the Laotian monarchy in 1975. 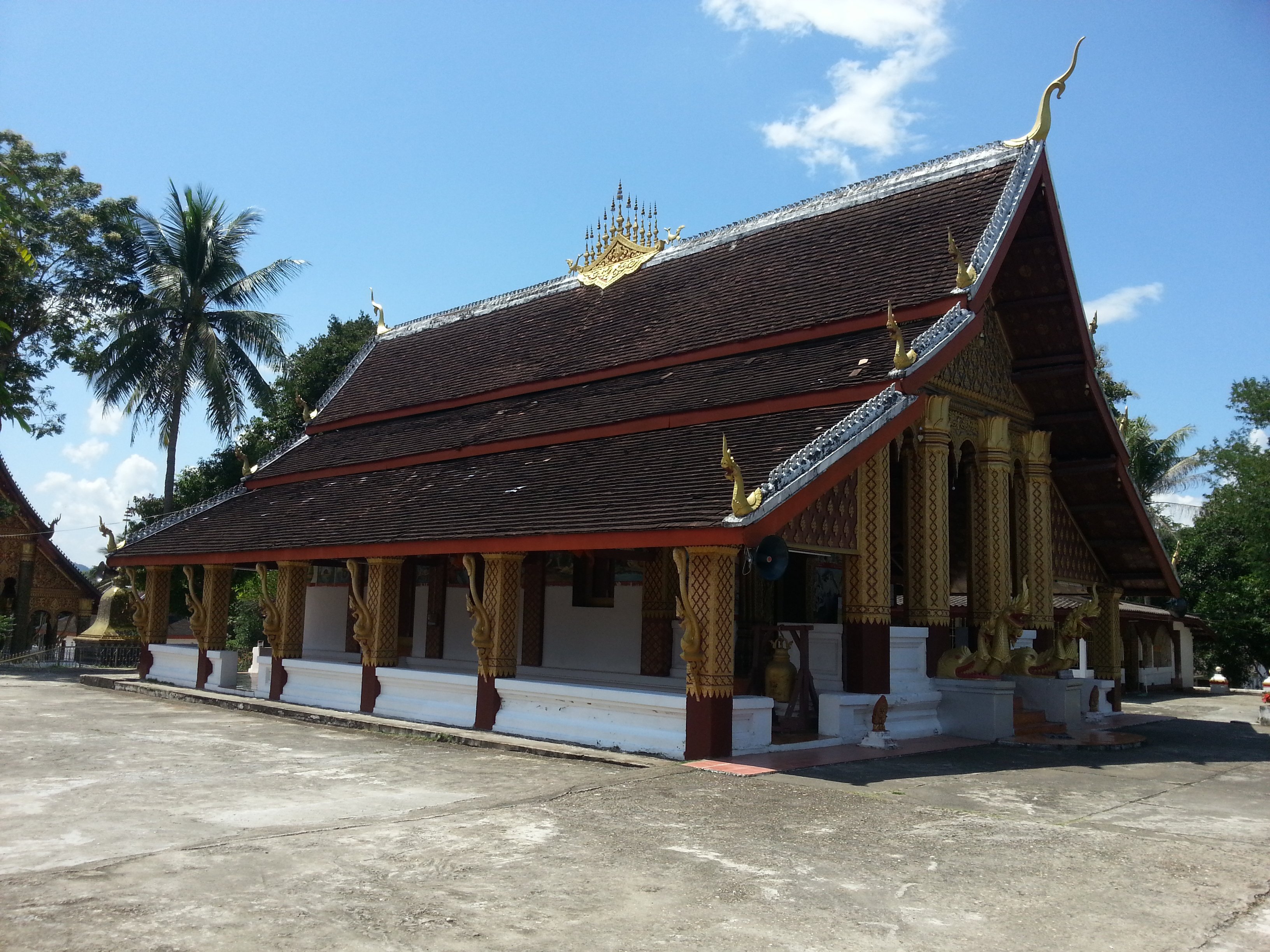 The most beautiful part of Wat Mahathat is the shrine hall, or viharn, which has been constructed in front of the stupa. The shrine hall was rebuilt between 1907 and 1910 following a powerful storm which devastated much of Luang Prabang in 1900. The shrine hall is a work of art, literally, with murals of the Phra lak phra lam (the Laotian version of the Ramayana) and epic tales of King Thao Sithoanh and the Nang Manola, which are divine half-bird halt-woman creatures also known as Kinnaree in Hindu mythology. 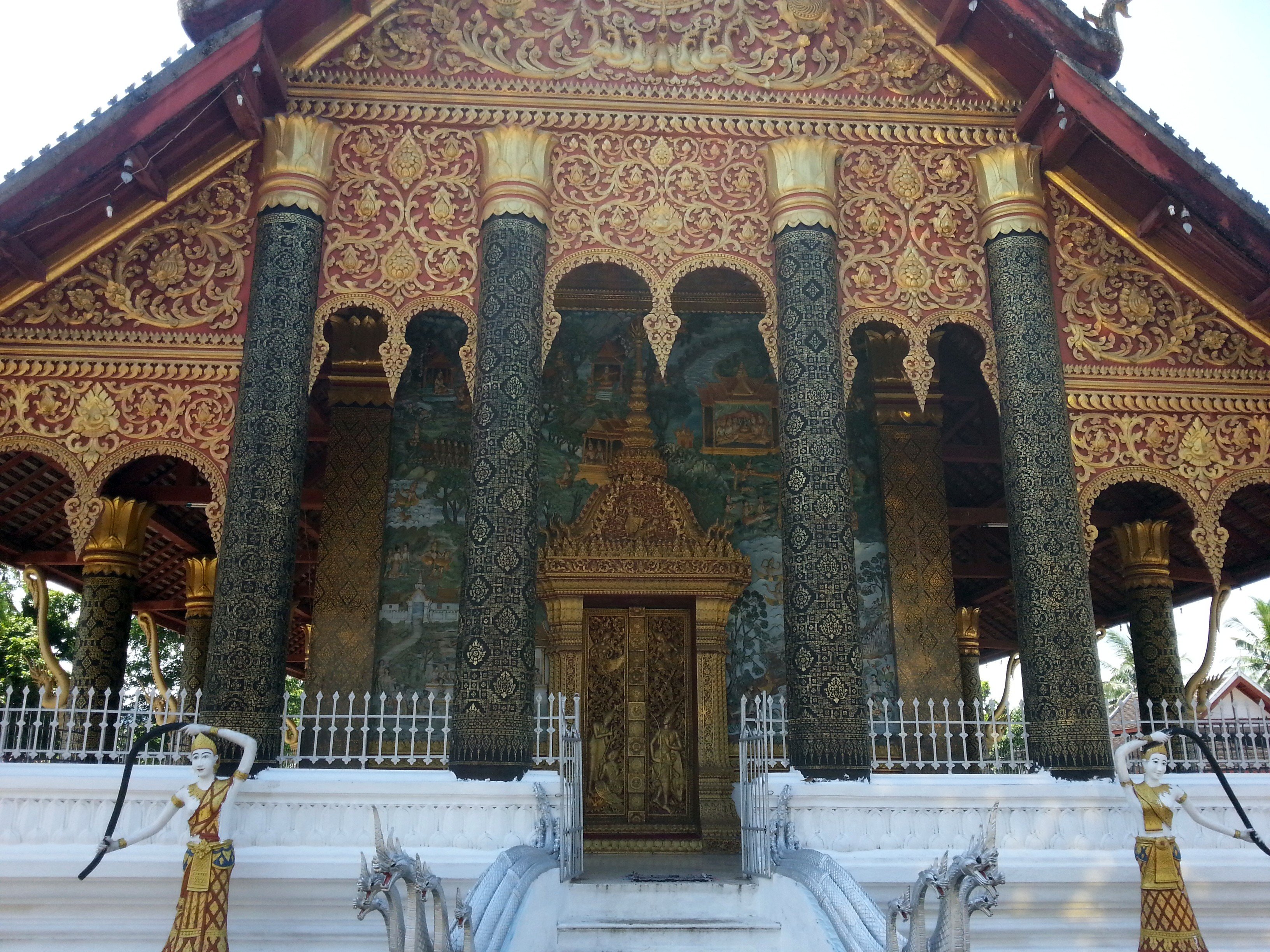 These murals are only one part of the massive artistic endeavour undertaken at this temple over a three period. The front gable end of the shrine hall is covered in elaborated designs in gold leaf and an equally intricate relief is featured on the main entrance doors to the temple. The two statues in front of the temple of Phra Mae Thorani, the Earth Goddess, who according to Buddhist tradition wrings out her hair to create a deluge of water that drowns the armies of the Demon God Mara who attempts to attack the Lord Buddha during the marathon meditation session which culminates his attaining a state of enlightenment.

Wat Mahathat is located off the Phothisalath Road in Luang Prabang.

Next read about Po Nagar Temple