Wat Mixai is Thai style temple on one of the busiest roads in Vientiane in Laos. 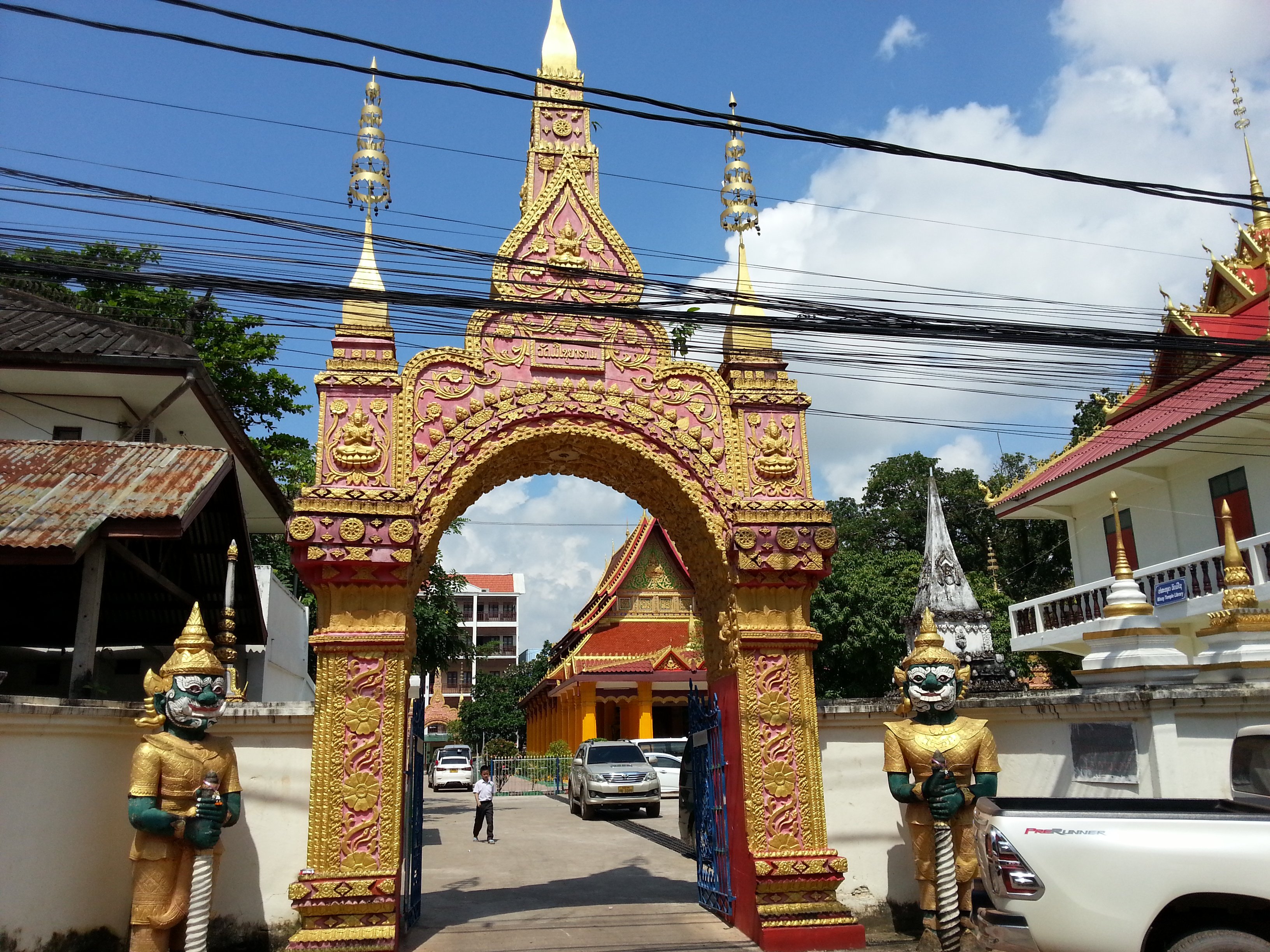 Wat Mixai is a working temple with a children’s school in the grounds. Wat Mixai is not principally a tourist attraction, although visitors are welcome between 07:00 and 17:00 every day and admission is free.

Wat Mixai dates back to the late 1550s when it was constructed by King Setthathirath to commemorate his success in stopping the Taungoo Empire of Burma reconquering the city of Vientiane. Wat Mixai means ‘Victory Temple’. 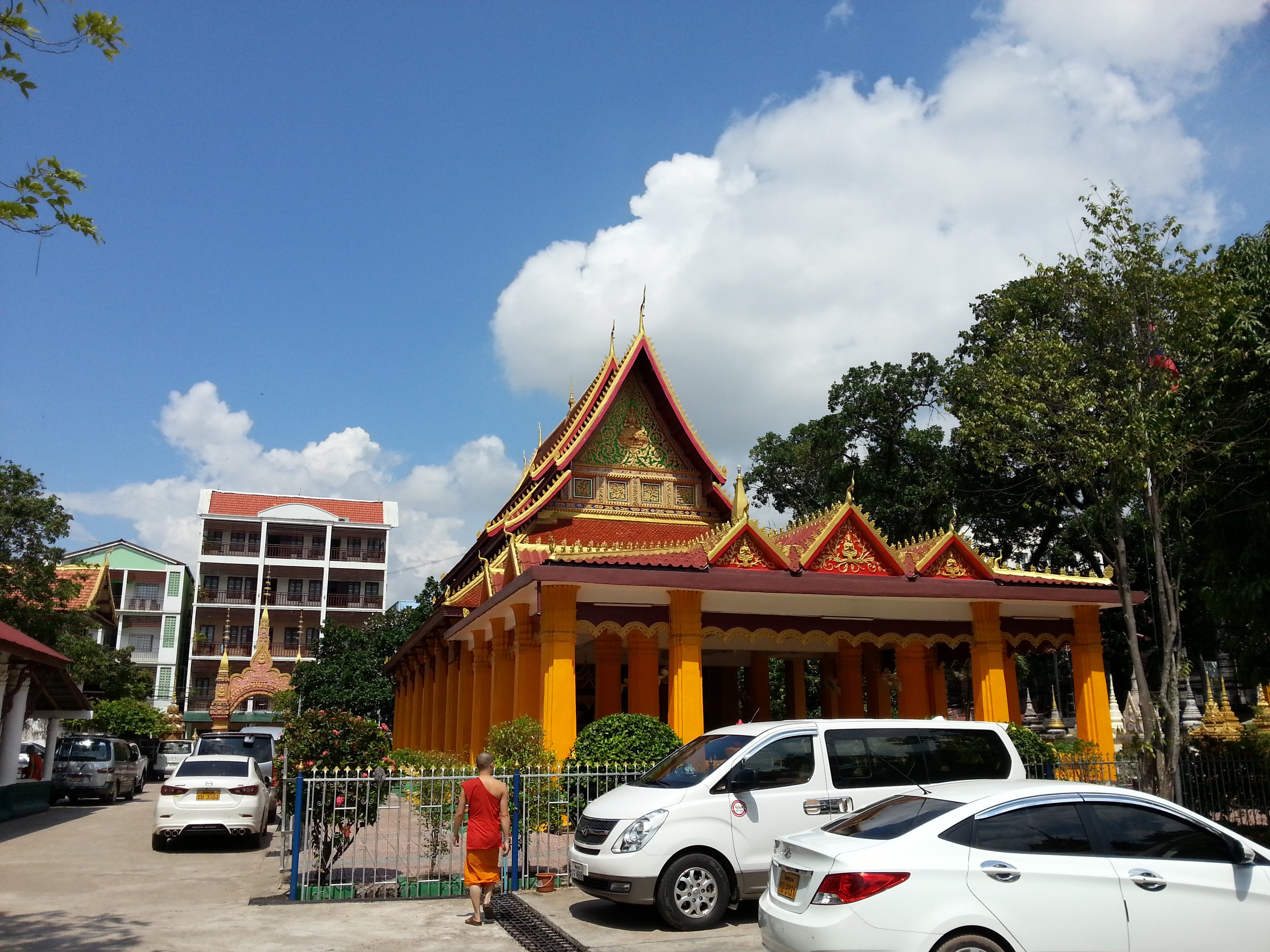 Wat Mixai looks completely different to how it looked in the 16th Century. The temple got remodelled in 1900 in the style of a Buddhist temple from Thailand’s central region. Wat Mixai does not have the classic sweeping roof associated with temple in Laos such as Wat Xieng Thong in Luang Prabang. The roof of the main temple building at Wat Mixai has a much less pronounced curve and uses the red tiles common to temples in Central Thailand. 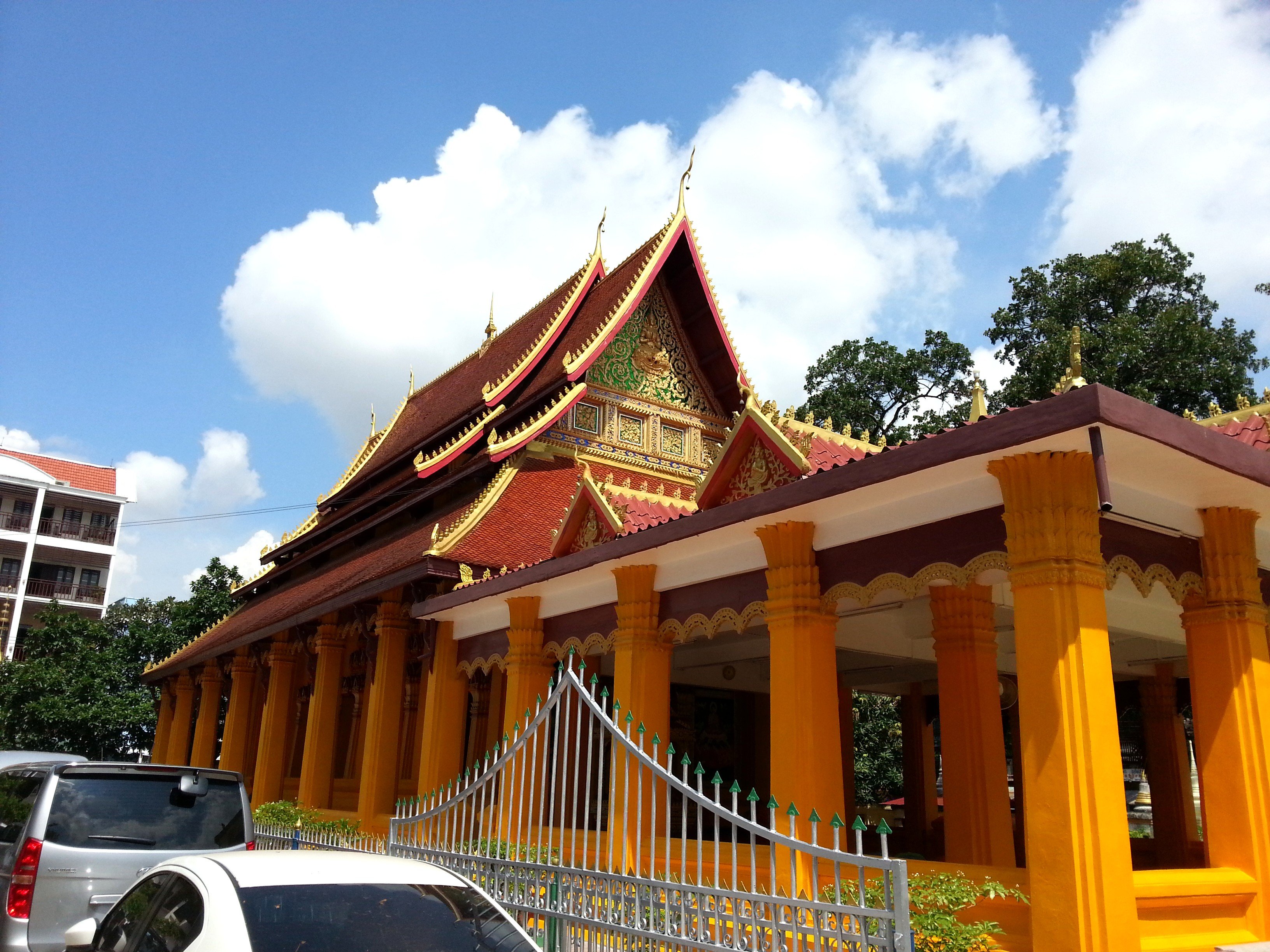 The gate to the temple is also interesting. On either side of the gate two mythical creatures stand guard. These statues are representations of the ‘asuras’, which are supernatural beings from the Hindi eipc the Ramayana which became adopted into Buddhist beliefs from the beginning of the 1st Century. The gate itself is topped by two ‘hti’ which are seven tiered gold umbrella shaped ornament common to religious buildings in Myanmar. Wat Mixai has an interesting range of designs reflecting lots of different South East Asian cultures. 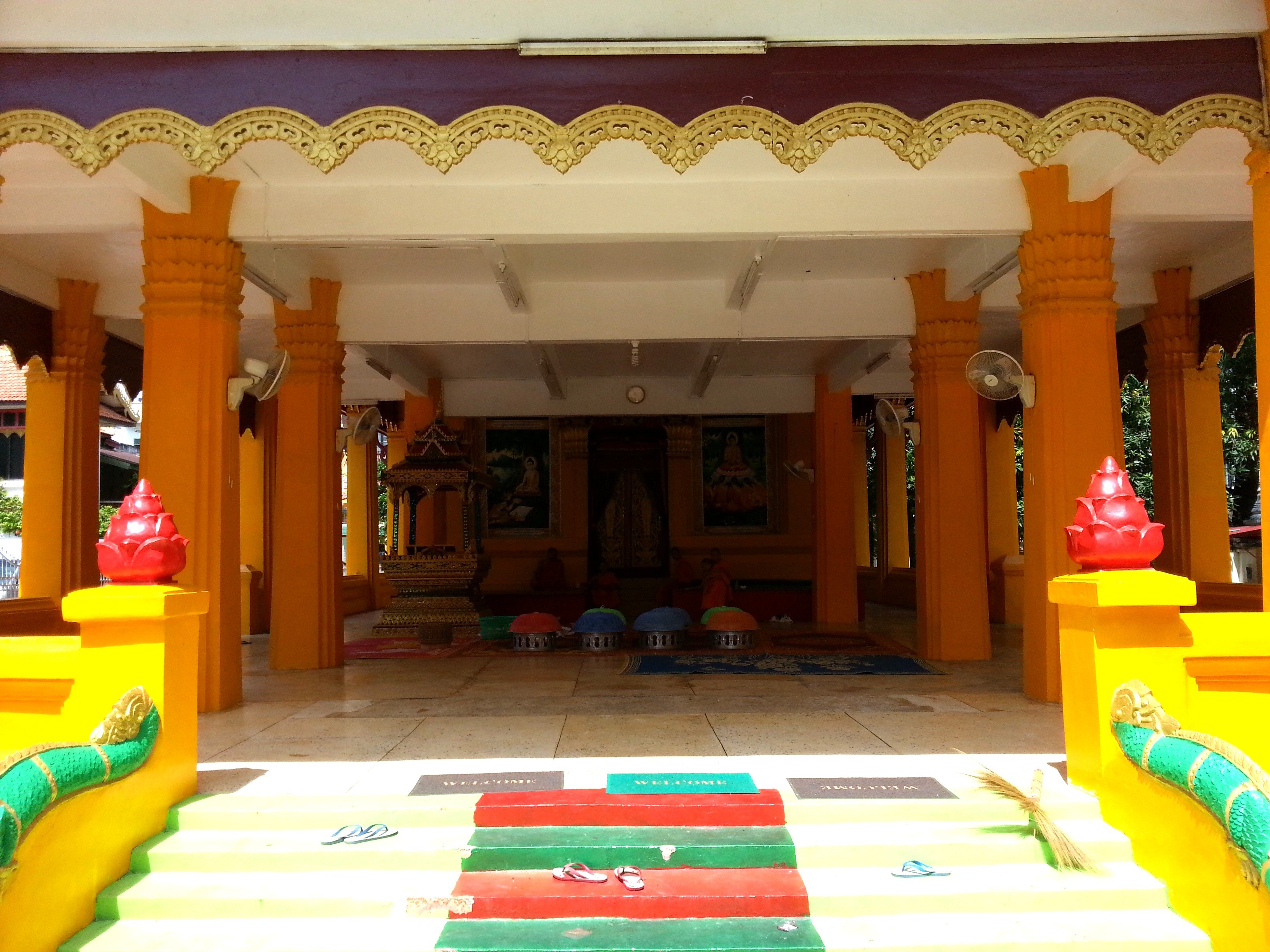 Wat Mixai is a modern temple serving a functional purpose in its local community as place where people come to worship, monks come to study, and children are sent to be educated. This temple is not a museum piece, its a religious and educational centre for the local community. Consider offering a donation if you visit.

Wat Mixai is located on the Rue Setthathilath in Vientiane.

Next read about Wat Nai in Koh Phangan