Wat Si Sa Ket is one of the oldest temples in Vientiane, dating back to 1820, having been one of the only temples to have survived the destructed caused when the armies of Siam invaded the country in 1827. The Siamese didn’t destroyed this particular temple because, according to local legend, the temple has a Thai style roof rather than a Laotian one. 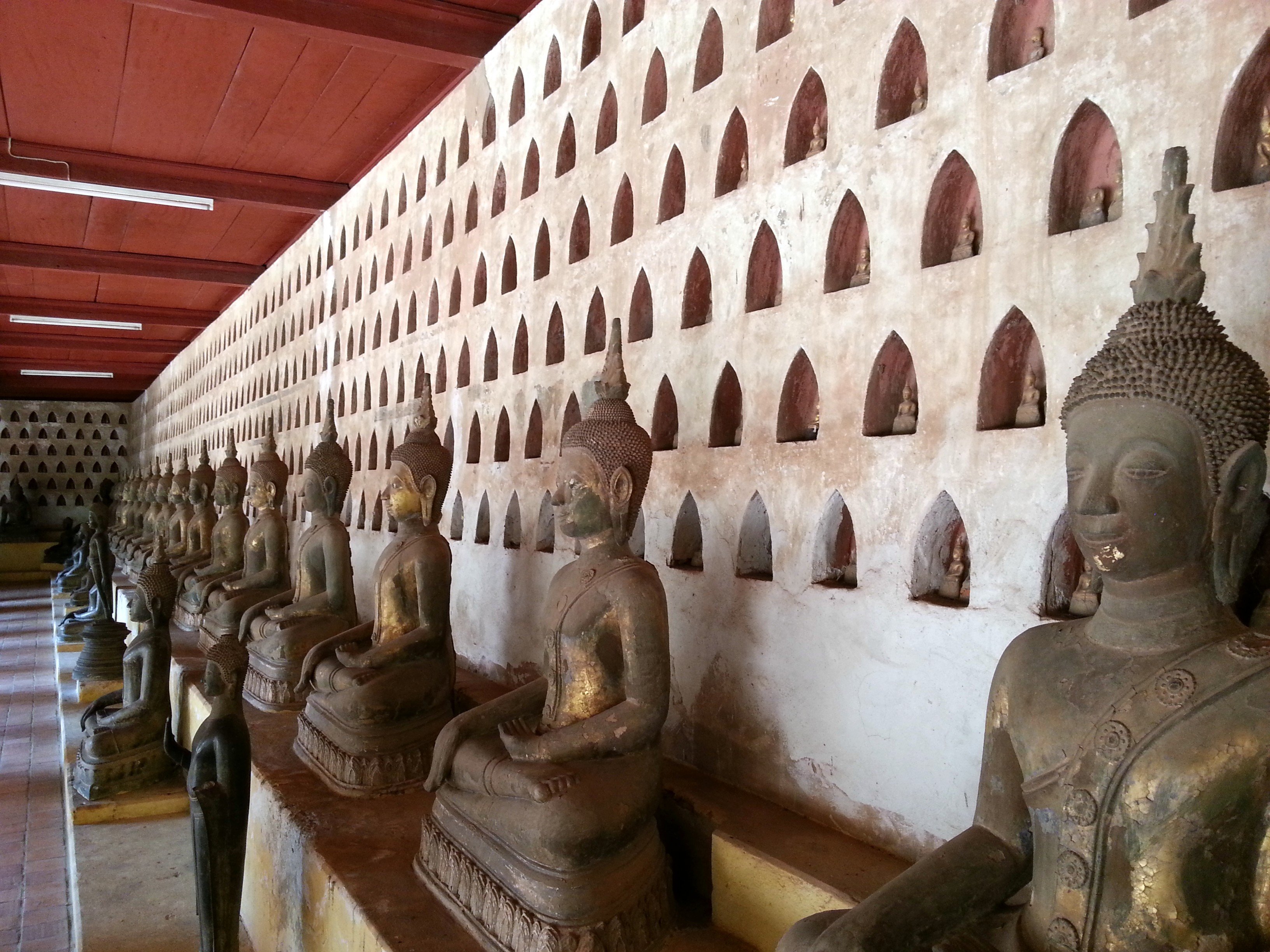 Wat Si Sa Ket attracts a lot of visitors, and a lot of worshippers, because the temple houses thousands of Buddha statues and all shapes and sizes. Estimates of number of Buddha statues range from 6,000 to over 10,000 depending on what source you read, either way its an impressive display. 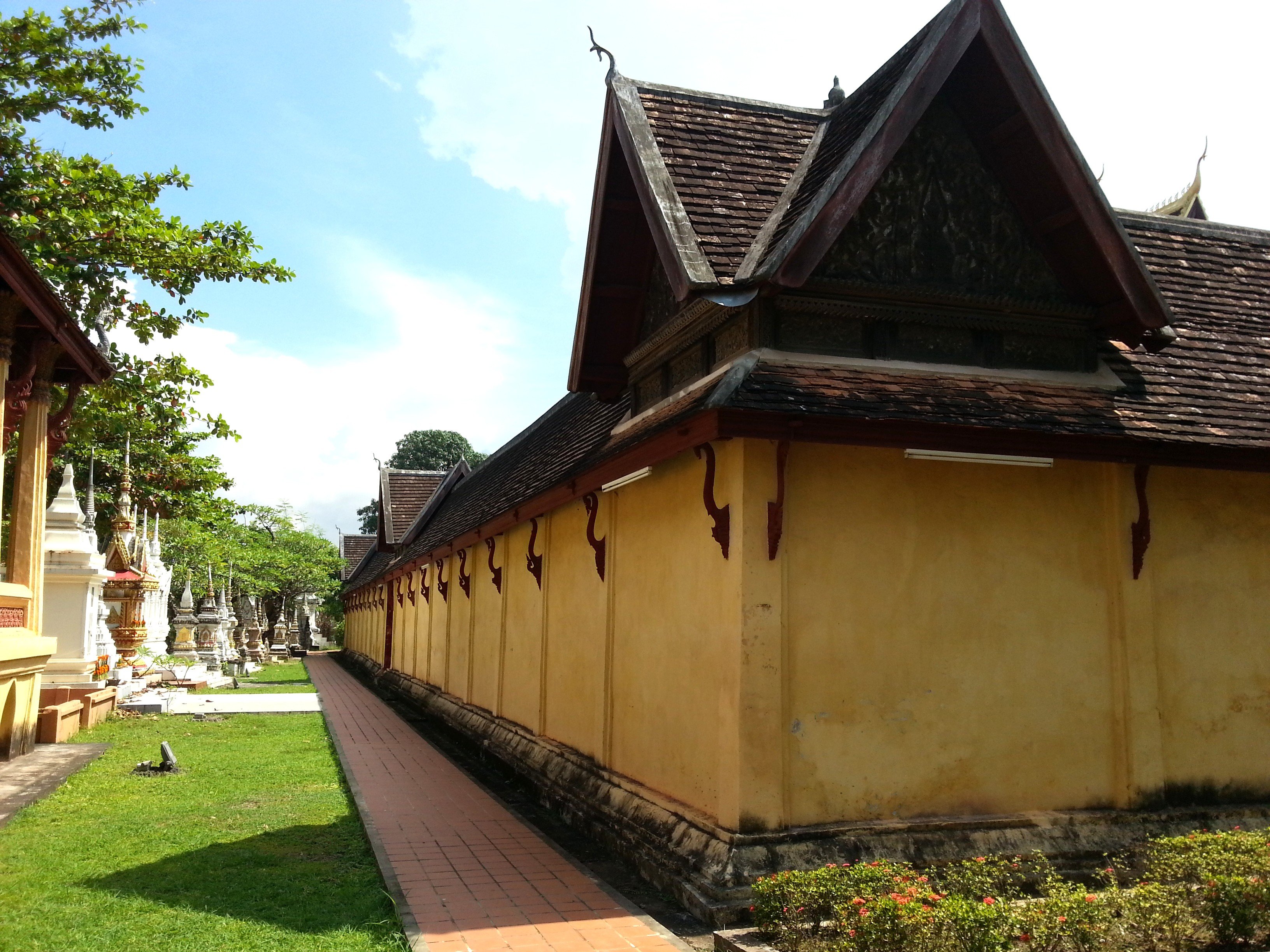 Outside of the walls around Wat Si Sa Ket

The majority of the Buddha statues are displayed in niches (holes) in the wall which surrounds the main temple buildings. In front of these images are rows of larger Buddha statues. The statues have been collected over time and are believed to range in date of manufacture from the 16th to 19th Centuries. 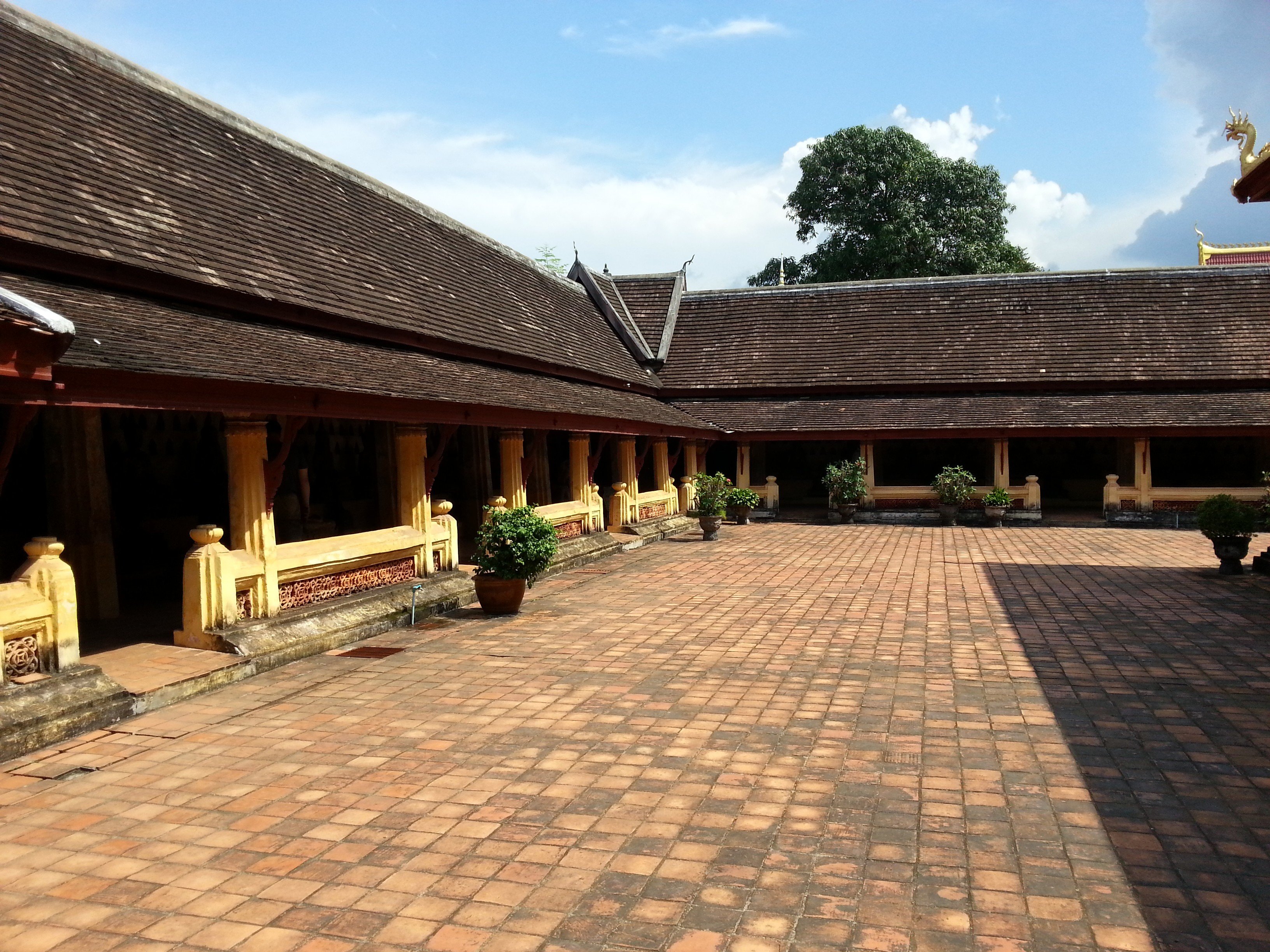 Inside the walls around Wat Si Sa Ket

The main temple building is also interesting its own right. The aforementioned Thai style roof has five tiers with both images of garudas, which are commonly associated with roof on Thai temples, and nagas, which feature on most Laotian temples, on the gable ends. The exterior of the main temple building also features ornate wooden doors and window frames. 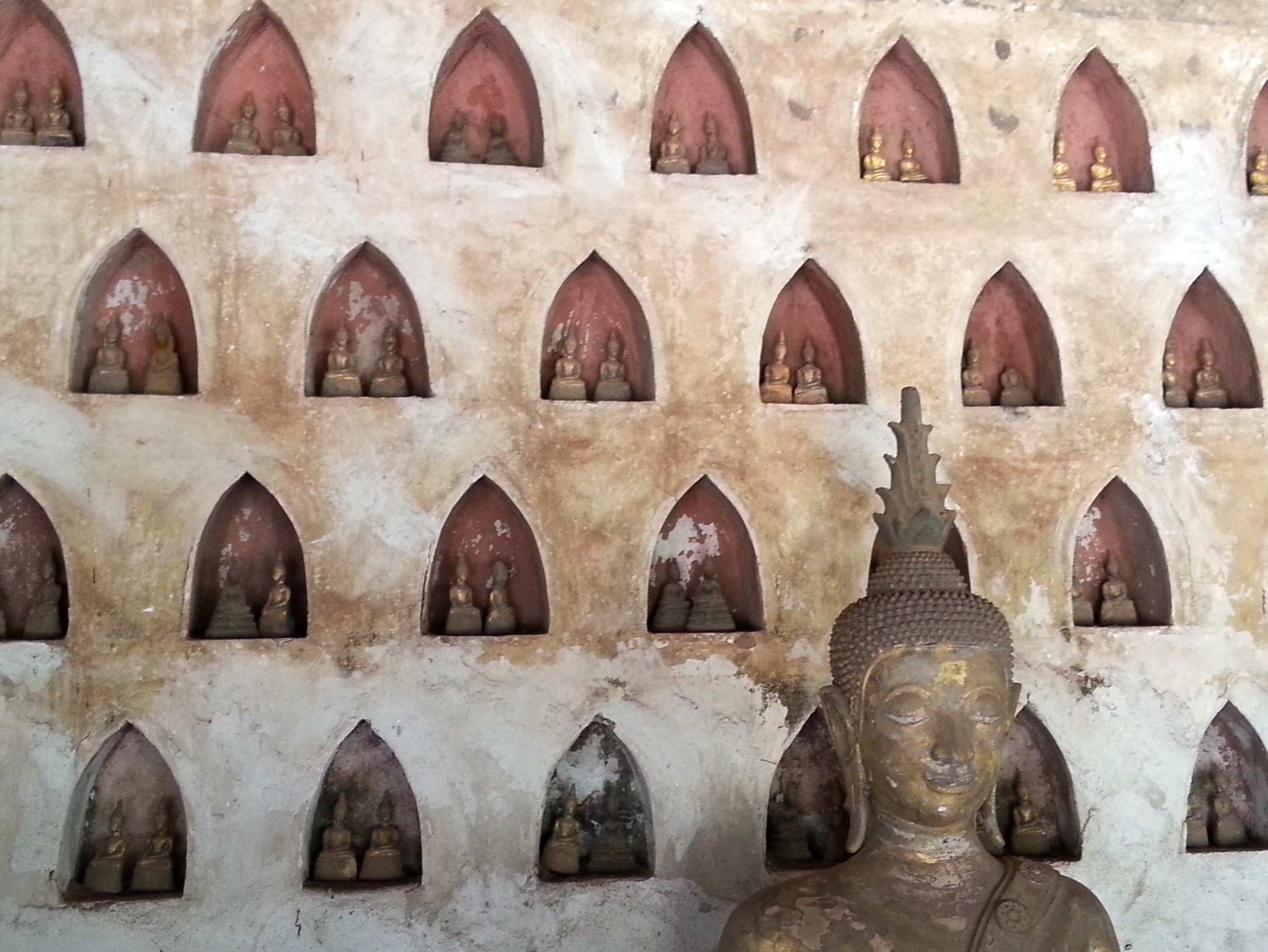 Photography is not allowed inside the main temple building so as to protect the very old murals which cover the walls and ceilings. The inside of the temple is impressive with a large seated bronze Buddha forming the centre piece of the main shrine. 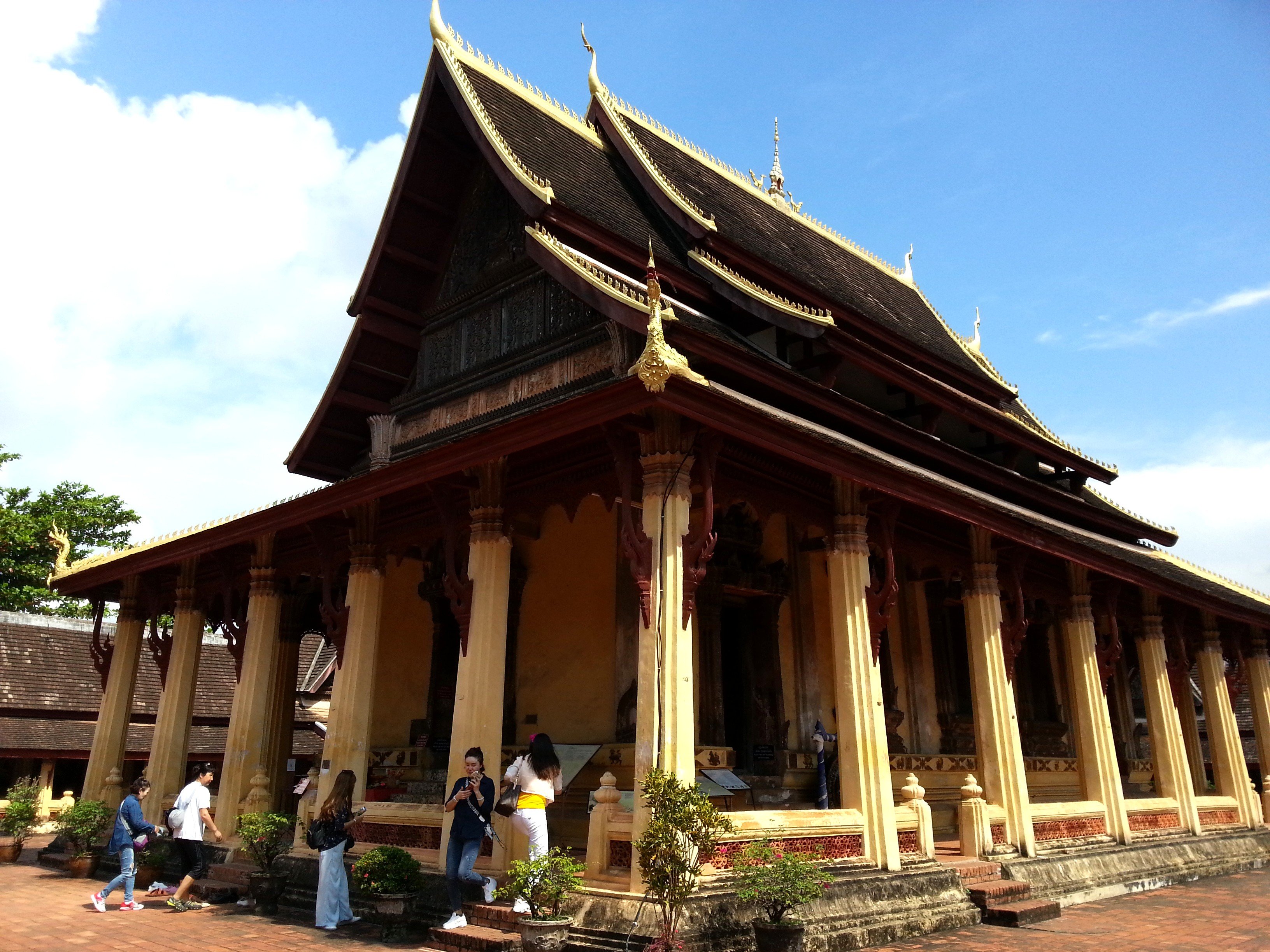 The most visited part of the temple is the part inside the walls, however, there are some other notable features in the grounds of the temple which are well worth exploring during your visit. 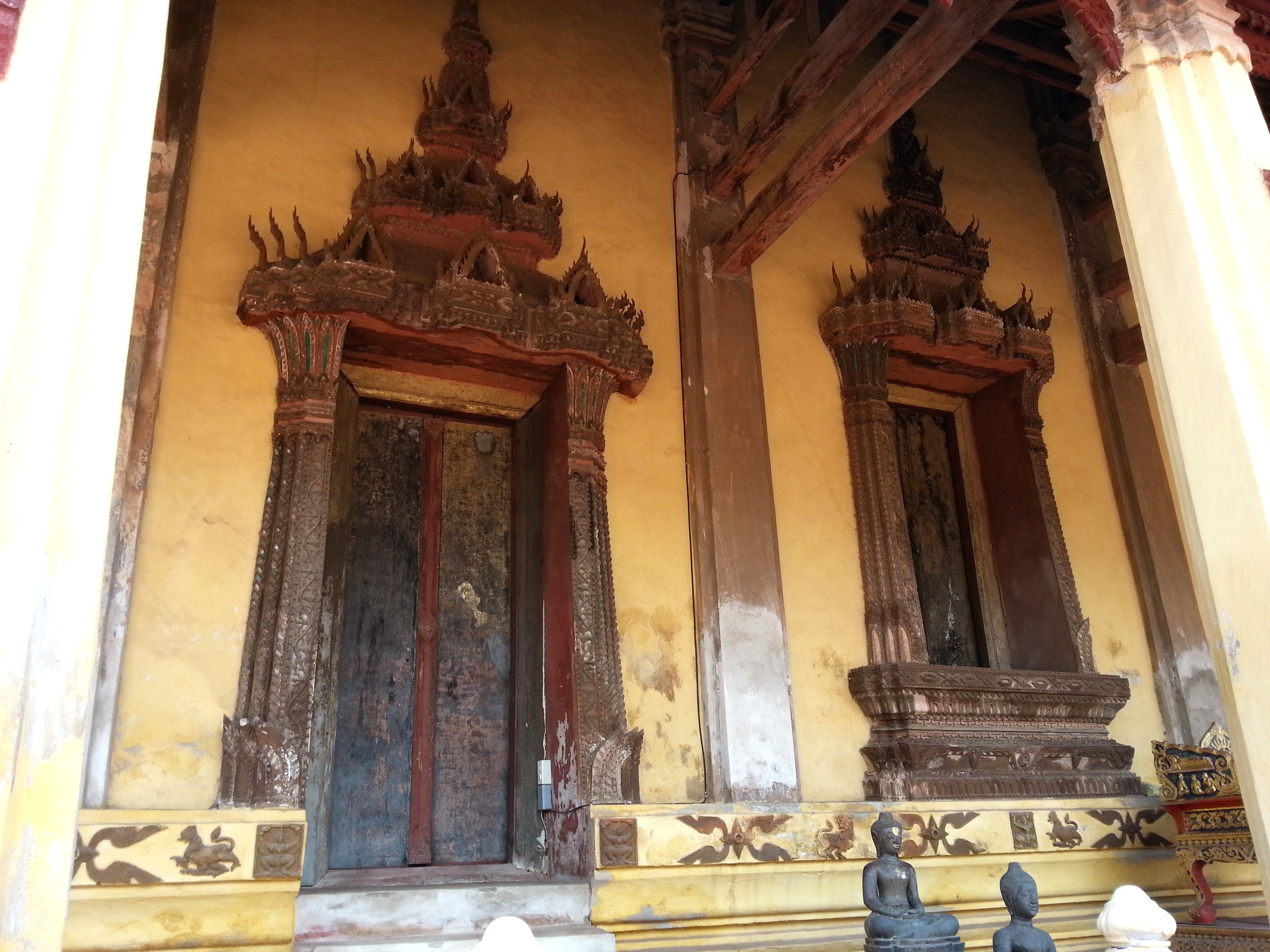 Doors on the temple at Wat Si Sa Ket

In the garden to the rear of the temple is a library with a distinctive conical roof, which is reminiscent of temple roofs in Myanmar. The library was built to house copies of the Tripitaka, which are ancient Buddhist manuscripts. 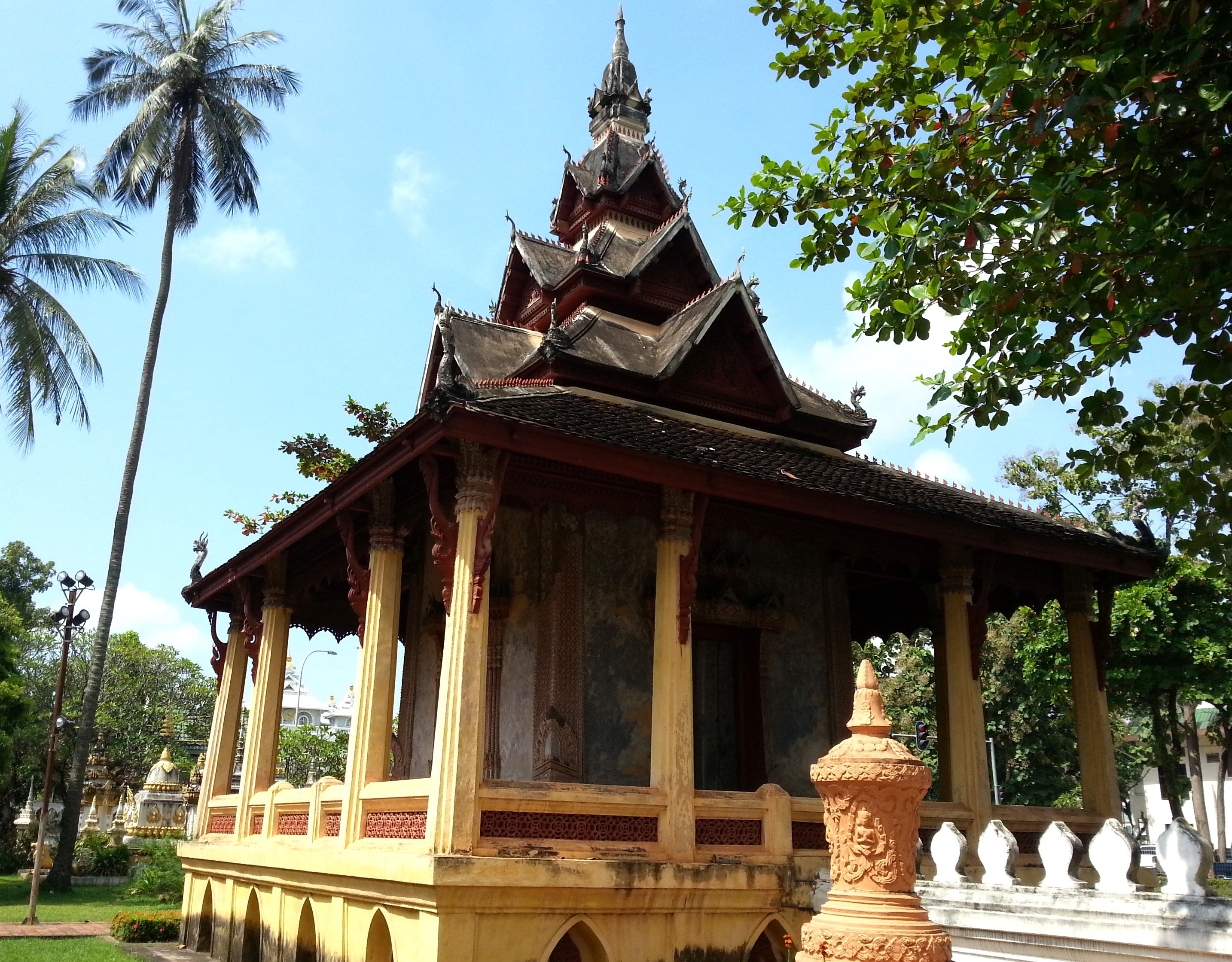 Library in the grounds of Wat Si Sa Ket

The other points of interest to look out for the grounds of Wat Si Sa Ket are the gopura style entrance way to the temple on the Avenue Lane Xang, and the many highly ornate tombs around the outer perimeter of the temple, one if which is topped by a ‘hti’, which is a seven tiered gold umbrella that is commonly found at the pinnacle of stupas in temples in Myanmar.

Wat Si Sa Ket is located near the southern end of the Avenue Lane Xang is Vientiane.

Next read about Wat Kham Chanot