Wat That is the largest temple in Vang Vieng in Central Laos. 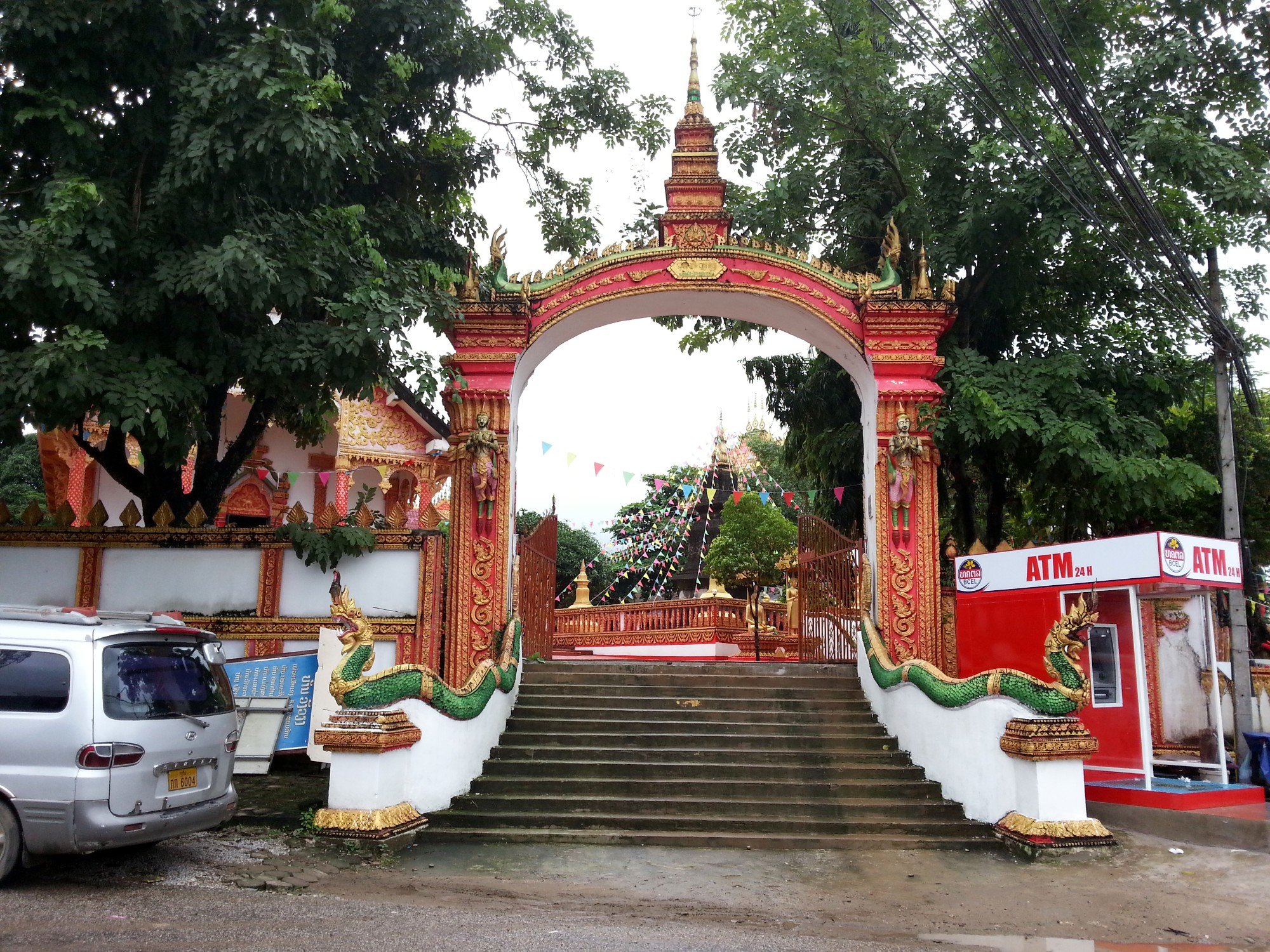 Entrance to Wat That in Vang Vieng

Wat That is open during daylight hours and admission is free.

Wat That is relatively large compared to other temples in small towns in Laos and its the most well maintained of the temples in Vang Vieng. 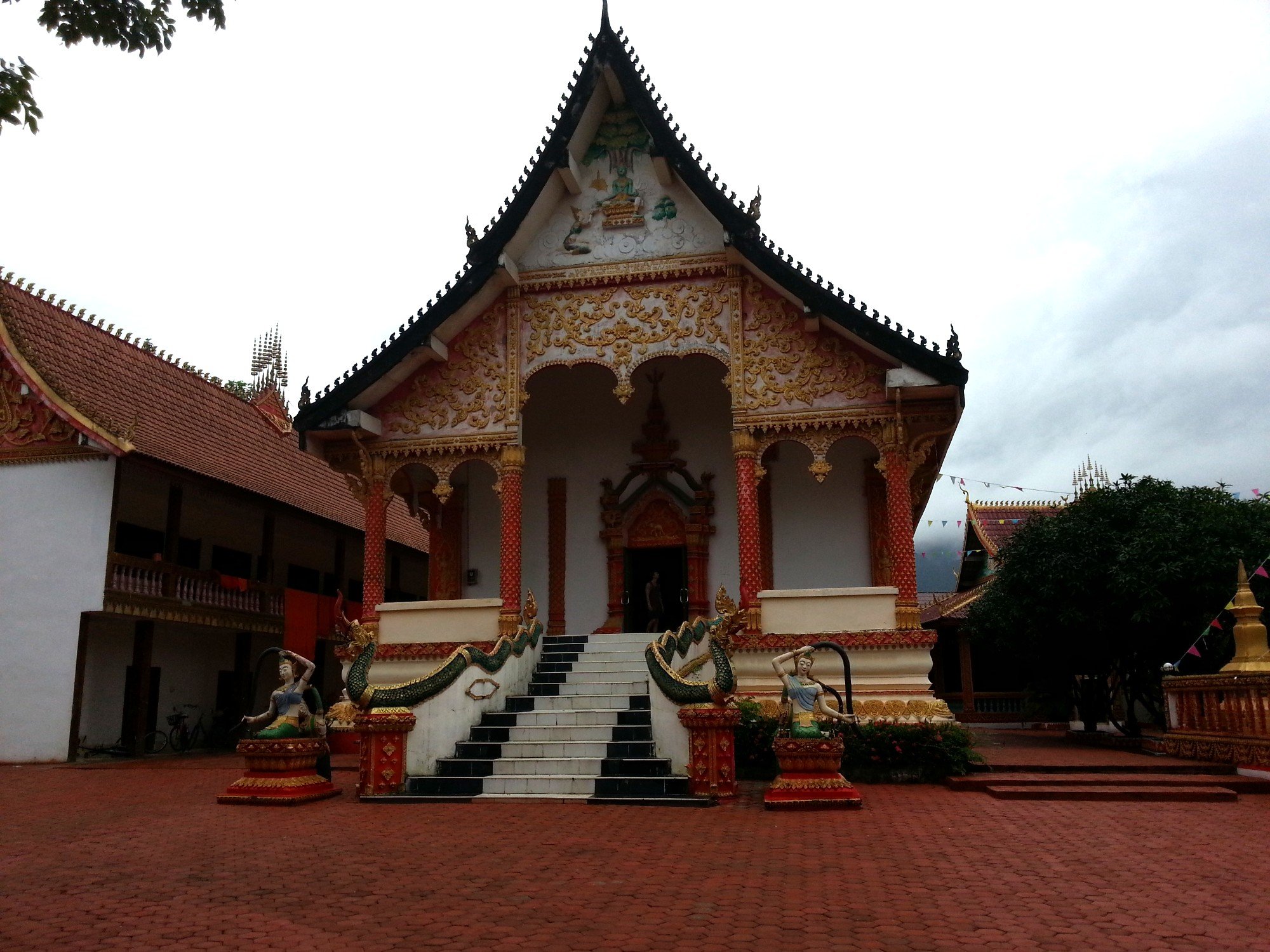 Prayer hall at Wat That

There are several buildings at Wat That which is a functional Buddhist temple with resident monks. The largest and most ornate of these buildings in the main prayer hall.

Inside the prayer hall at Wat That

The prayer hall at Wat That is open to the public, just remember to dress respectfully (no shorts, short skirts or vests) and to take your shoes off when you enter the building. Inside the prayer hall has a low ceiling with a collection of Buddha statues in a shrine at the far end with a wall mural behind that. 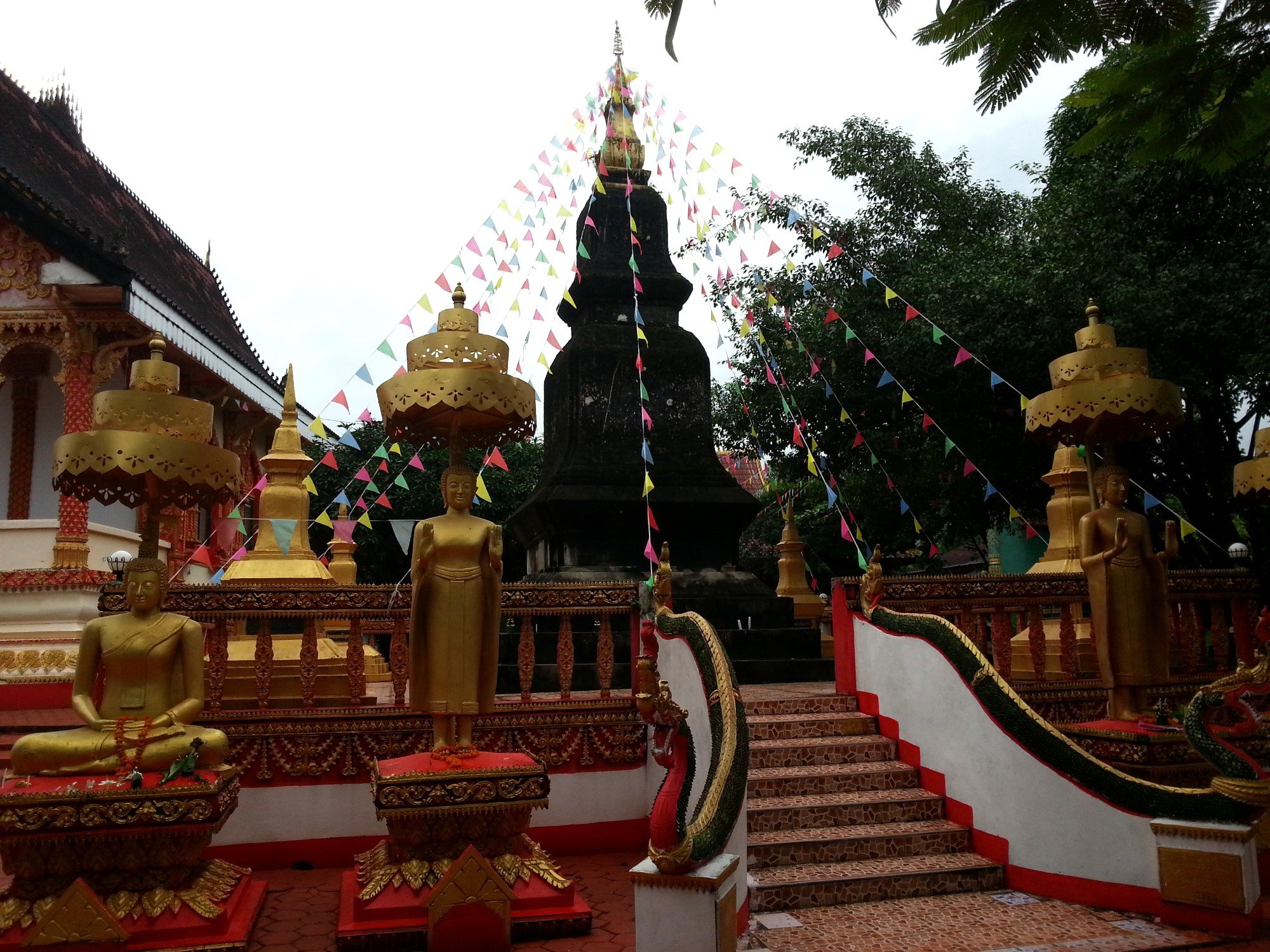 Chedi at Wat That

By far the oldest part of Wat That is the chedi which has been discoloured black over time by the weather. Chedi towers are normally the oldest part of Buddhist temples in Asia as the solid construction tends to outlast the buildings which often need to be replaced because they deteriorate or need to be updated to include modern facilities such as electrical appliances. Typically holy relics will be encased within the base of a chedi. The tradition of installing chedis at Buddhist temples is believed to have been derived from ancient Hindu cosmology with the chedi representing Mount Meru, which according to Hindu belief is located at the centre of the universe and is the home of the Gods. 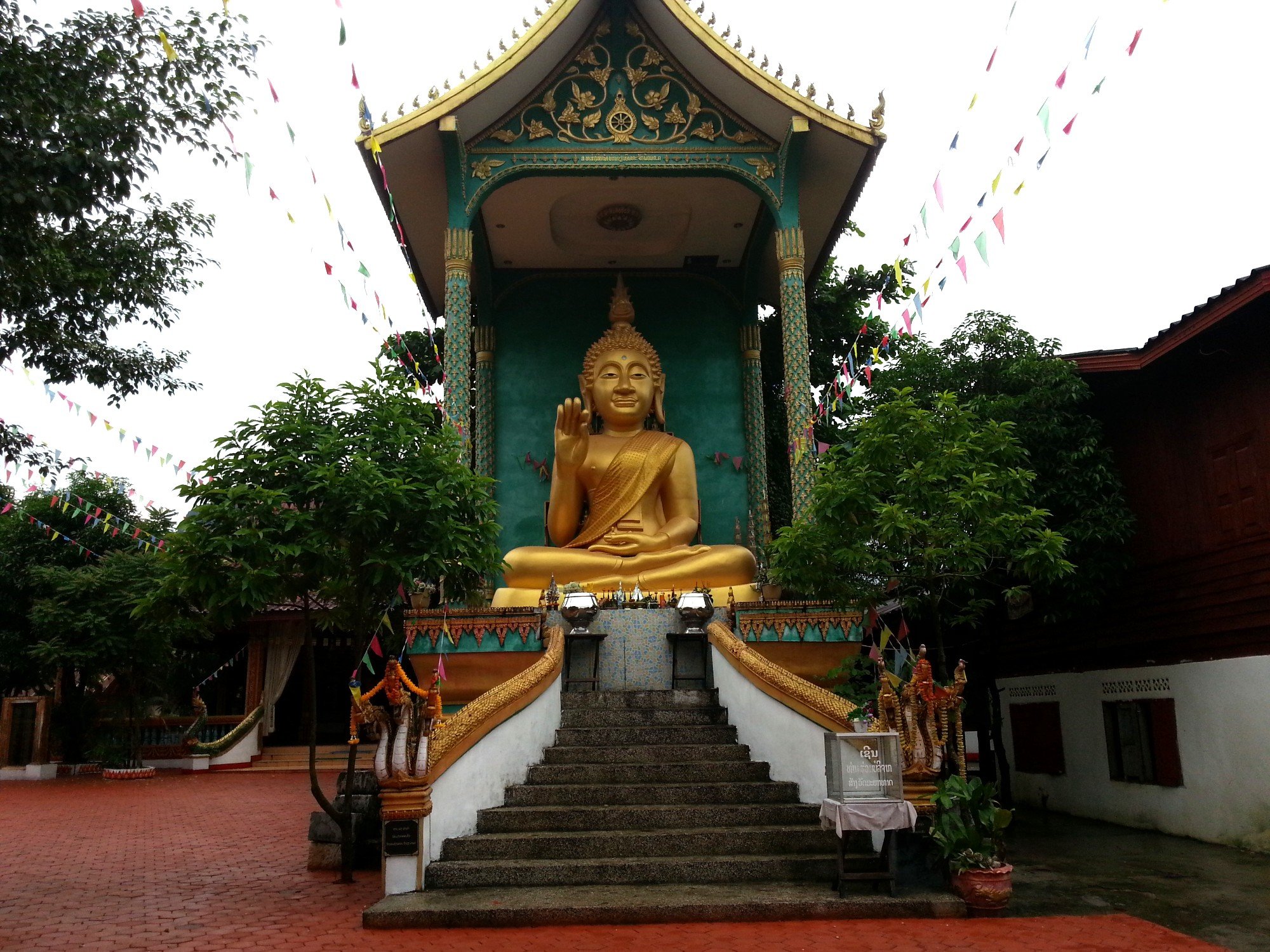 Buddha statue at Wat That

The other major feature of Wat That is its seated Buddha covered by a distinctive green coloured pavilion. The Lord Buddha is represented in this statue with a broad smile, which is an unusual pose for a Buddha statue and something you will most likely only see at a small temple in Laos.

Location of Wat That

Next read about Mau Son Temple