Wat Visounarath is a Buhhist temple in Luang Prabang in Laos dating back to the 16th Century.

Wat Visounarath is open daily from 08:00 to 17:00 and admission inside the main temple building, which houses a small museum collection, costs 20,000 kip. If you just want to wander around the temple grounds then admission is free.

There are two major things of interest to see at Wat Visounarath. The first of these is That Makmo, which is an unusually shaped stupa said to look like a watermelon. Stupa in Laos are typically conical in shape. That Makmo has a rounded top, which is reminiscent of, and perhaps modelled on, the Ruwanwelisaya Stupa in Sri Lanka, which is an important Theravada Buddhist religious monument built around 140 BC. That Makmo was originally constructed in 1504 with a grant gifted by the wife of the then King Visounarath, who commissioned the construction of the main temple in 1512. The stupa was destroyed, along with the rest of Wat Visounarath, in 1887 by the  Chinese Black Flag Army and what stands today is reconstruction of the original stupa completed in 1932. 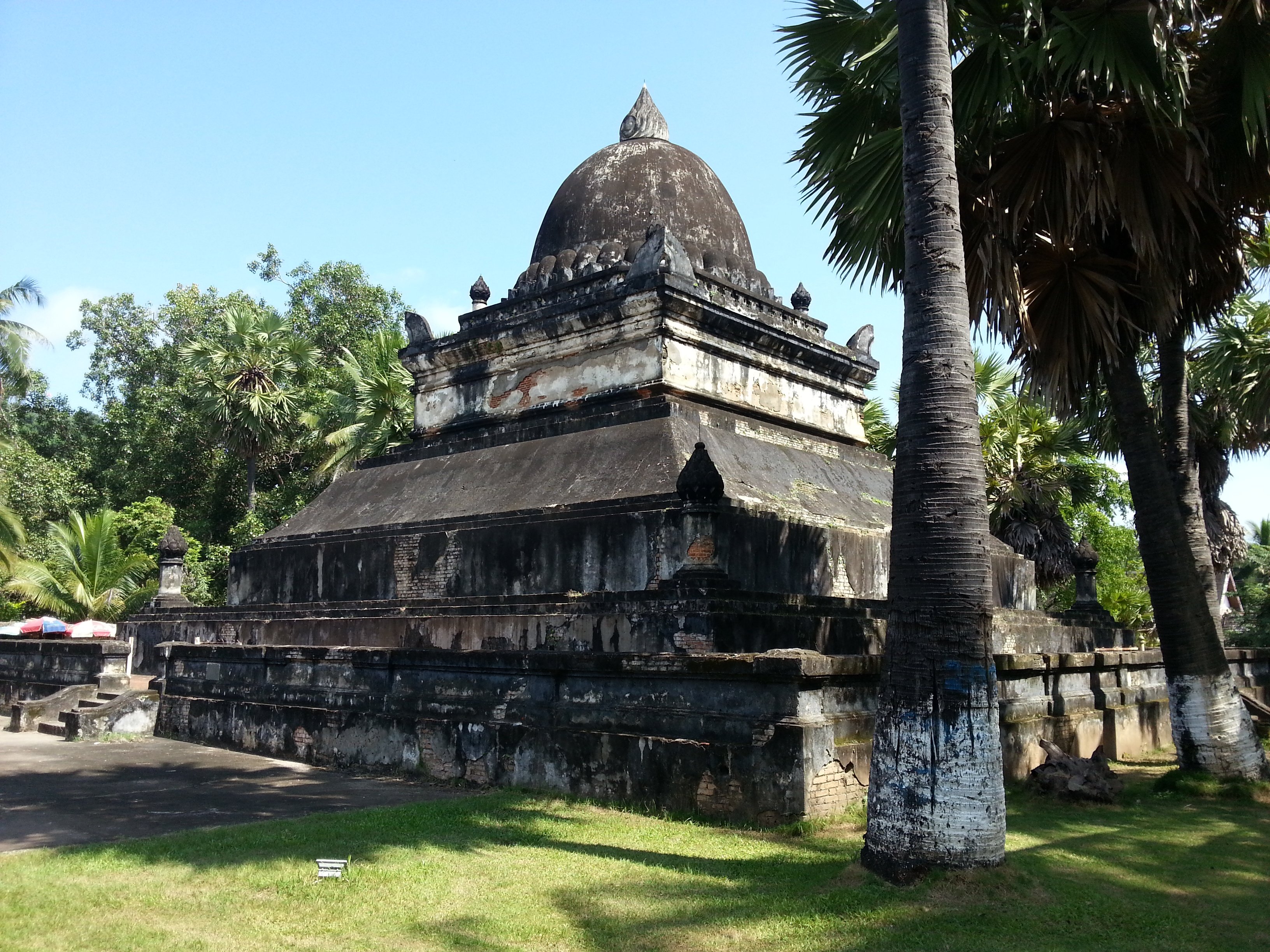 That Makmo – the watermelon stupa

The other thing worth seeing in Wat Visounarath is the main temple building, or sim. This reconstruction of the original sim was completed in 1898 and contains an impressive collection Buddha statues from other locations in Luang Prabang.

Next read about Wat Thammikaram Worawihan